Opinion | Look at Trump and You'll See the Israelis 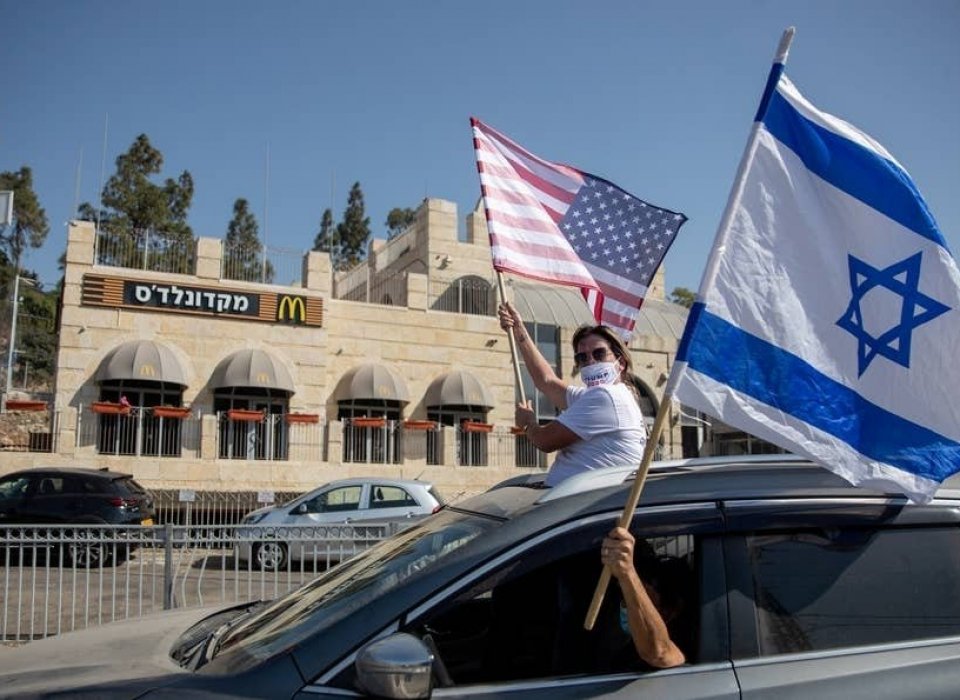 Standing on line Friday in the Tel Aviv suburb of Ramat Aviv Gimel to pick up the weekend edition of Israel Hayom, affluent residents discussed the likely defeat. “We’re screwed,” one man said sadly; his companions nodded in agreement. It’s a dark day for Israel: Donald Trump has lost the election.

No other country in the world, with the possible exception of the Philippines or Nebraska, was as saddened by his fall. A poll by Israel’s Mitvim think tank found that 70 percent of Israelis support Trump. A survey by the Washington-based Pew Research Center had similar findings. Whereas 75 percent of West Europeans are fed up with the U.S. president, in Israel a large majority – including centrists and some leftists – admires him.

It can be argued, of course, that this support is a way of saying thanks for moving the U.S. Embassy to Jerusalem, recognizing Israeli sovereignty in the Golan Heights and withdrawing from the Iranian nuclear deal. But these events caused little excitement in Israel. No one jumped into a fountain in a city square to celebrate the recognition of Majdal Shams as an Israeli town, and only a few people were moved by Ambassador David Friedman’s change of address.

The explanation for Trump’s rising popularity in Israel goes much deeper; its roots are much more disturbing. Israel admires Trump not despite his many repellent shortcomings but because of them. Trump is the embodiment of everything that’s bad and ugly about Israel while normalizing and whitewashing them for us. Look at him and you’ll see ourselves. This is who we are, or who we’d like to be. Most of us, anyway.

Trump is the embodiment of Israel the unbeautiful; he could easily be elected prime minister. The vulgarity, coarseness, belligerence, ignorance, scheming and lies; the contempt for the weak, for the law, for justice, the media, science and the environment – all this fits us like a glove.

Who wouldn’t want a prime minister who scoffs at political correctness and will bring back the good old days of male chauvinism unhindered by feminism; who won’t bother us with all those threats to the planet and nature, who’ll also bring back racism?

Who wouldn’t want a real man like him? Who wouldn’t like someone who will scorn international institutions, human rights groups and international law, who will violate signed agreements and deride arrogant Europe and its universal liberal values, just as in the secret dreams of many Israelis? Even Benjamin Netanyahu, who’s as similar to Trump as he can be, can’t attain that level of making dreams come true.

Take the typical Israeli driver. He isn’t Trump? The Israeli road isn’t Trumplike? Cut somebody off, honk, curse, break the law, park anywhere, don’t think about anyone but yourself, yours is the biggest, strongest and fastest; look at me.

Take Israeli politics, especially politicians on the right. That isn’t Trump? They wouldn’t want to be like him?

Combine Avigdor Lieberman, Miri Regev, Osnat Mark, Miki Zohar and David Amsalem and you get Trump in Hebrew. Combine their bullying, ignorance, populism, superficiality, populism and vulgarity and you get Israeli Trumpism.

As an encore, add the way Trump humiliated the Palestinians, ignored their very existence. Their rights meant nothing to him, just as they mean nothing to most Israelis, simply because they’re weak. It’s a dream.

That’s Trumpian justice, and it’s Israeli justice. That’s why we’ve loved him so much. That’s why it’s such a pity that he’ll be leaving. 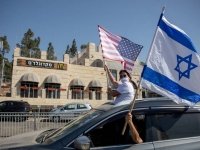