Israel has managed to turn 50 years of Palestinian resistance to occupation into a cottage industry, and is now selling the concept of a police state to the world 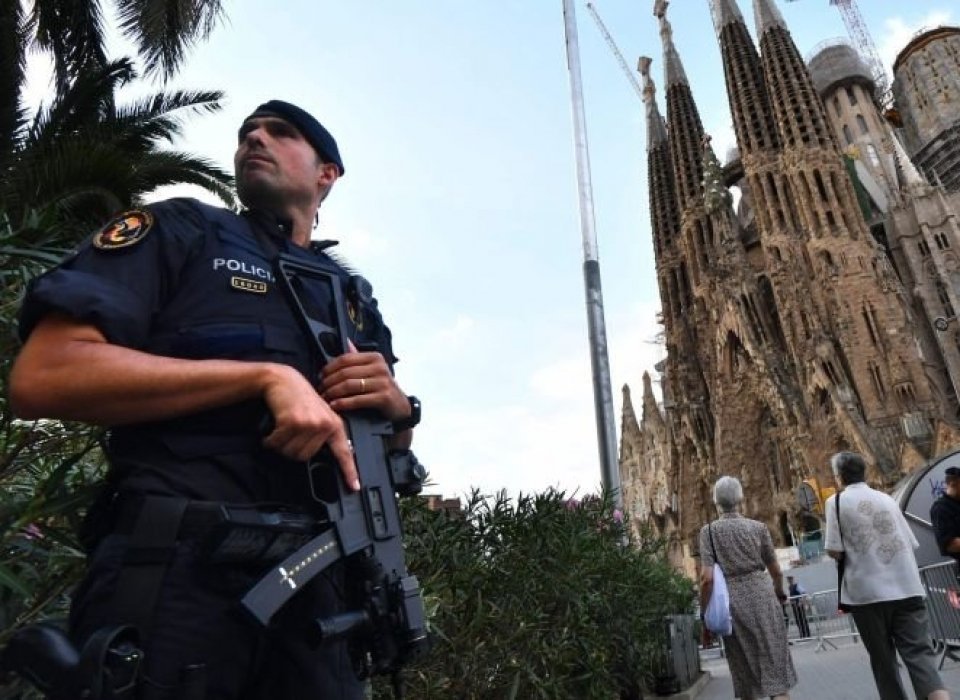 Whenever a terrorist attack happens such as the one last week in Barcelona, Israel politicians and security “experts” get on TV to criticize European naïvité. If only they understood terrorism as we do and took the preventive measures we do, they say, they would suffer far less attacks. Most infamous in this regard were the remarks of Israeli Intelligence Minister Yisrael Katz after the Brussels bombing in March 2016, in which 34 people died.

Rather than convey his condolences in the name of the Israeli government, he scolded the Belgians in the most patronizing way possible. “If in Belgium they continue to eat chocolate, enjoy life and parade as great liberals and democrats while not taking account of the fact that some of the Muslims who are there are organizing acts of terror,” he pronounced, “they will not be able to fight against them.”

The Belgians reacted angrily, and asserted the position of most European governments: While we will continue to be vigilant and take the necessary precautions, we are not going to forsake our freedoms and political openness to become copies of Israel. For they understand that Netanyahu’s government is peddling something far more insidious than mere precautions – even more than the weapons, surveillance and security systems and models of population control that is the bread-and-butter of Israeli exports. What Israel is urging onto the Europeans – and Americans, Canadians, Indians, Mexicans, Australians and anyone else who will listen – is nothing less than an entirely new concept of a state, the Security State.

What is a Security State? Essentially, it is a state that places security above all else, certainly above democracy, due process of law and human rights, all of which it considers “liberal luxuries” in a world awash in terrorism. Israel presents itself, no less, than the model for countries of the future. You Europeans and others should not be criticizing us, say Katz and Netanyahu, you should be imitating us. For look at what we have done. We have created a vibrant democracy from the Mediterranean to the Jordan River that provides its citizens with a flourishing economy and personal security – even though half the population of that country are terrorists (i.e., non-citizen Palestinians living in isolated enclaves of the country). If we can achieve that, imagine what we can offer those of you threatened by terrorist attacks?

In a brilliant shift in imaging, Israel has managed to turn 50 years of Palestinian resistance to occupation into a cottage industry. By labeling it “terrorism,” it has not only delegitimized the Palestinian struggle but has transformed the occupied territories in a laboratory of counterinsurgency and population control, the cutting edges of both foreign wars and domestic repression. It has transformed tactics of control and their accompanying weapons of surveillance systems into marketable products. No wonder, as Netanyahu constantly reminds us, “the world” loves Israel. From China to Saudi Arabia, from India to Mexico, from Eritrea to Kazakhstan, Israel supplies the means by which repressive regimes control their restless peoples.

Israel’s vast military reach is well-documented. It extends to more than 130 countries and brought in $6.5 billion in sales in 2016. Less known but more corrosive to civil rights are Israel’s security exports. Three examples:

1. Israel harnesses foreign security agencies and police forces to lobby for Security State practices in their own countries. It scoffs at the unwillingness of Western democracies to employ ethnic and racial profiling, as Israel security and police do at Ben-Gurion International Airport and throughout the country. In specific contexts like airports profiling may indeed be efficient – Ben-Gurion is certainly one of the safest airports in the world – but it comes at the price of humiliating and delaying those targeted. When extended outward into society, however, it loses that effectiveness and almost invariably turns into a legalized method of intimidation against whatever populations a government seeks to control.

2. The Israeli national police holds dozens of training programs and conferences with police forces from around the world, with an emphasis not on domestic police tactics but rather on “internal counterinsurgency” and the pacification of troublesome populations. The Georgia International Law Enforcement Exchange Center in the U.S. claims to have had 24,000 American police trained by their Israeli counterparts. Unlike other Western countries that erect a wall between their militaries that conduct operations abroad and their domestic security and police agencies charged with ensuring the security but also the civil rights of their citizens, Israel has no such internal constraints. The IDF and the police are one interlocked unit, with paramilitary forces – the Shin Beit, the Border Police, Homefront Command, Yasam and others – further connecting them. Thus in Israel the distinction between citizens with civil rights and non-citizen “suspects” and targets gets lost, and that is a distinction Israeli police try to erase in their training of foreign police as well.

3. Israel is a world leader in securing cities, mega-events and “non-governable” zones. There is a direct link between its lock-down of Palestinian neighborhoods, villages and refugee camps and the marketing of such tactics to local police to create sanitized “security zones” and “perimeter defenses” around financial cores, government districts, embassies, venues where the G-8 and NATO hold their summits meetings, oil platforms and fuel depots, conference centers in “insecure” Third World settings, tourist destinations, malls, airports and seaports, sites of mega events and the homes and travel routes of the wealthy. So involved is Israel in Trump’s border wall that is nicknamed the “Palestine-Mexico border.”

There the Israeli firm Magna BSP, which provides surveillance systems surrounding Gaza, has partnered with U.S. firms to enter the lucrative “border security” market. NICE Systems, whose technicians are graduates of the DF’s 8200 surveillance unit. Privacy International investigated how the autocratic governments of Tajikistan, Kyrgyzstan, Turkmenistan, Uzbekistan and Kazakhstan managed to monitor human rights activists, journalists and other citizens within and outside their countries, revealing the most intimate details of their personal lives. "The biggest players,” concluded Human Rights Watch, “are multinationals with offices in Israel – NICE Systems and Verint.”

In its ultimate form the Security State peddled by Netanyahu and Katz is merely a form of police state whose populace is easily manipulated by an obsession with security. Israel’s model is especially invidious because it works; witness the pacification of the Palestinians. That seems like a potent selling point indeed. The problem is that that it turns a country’s own people into Palestinians without rights. It would seem that the Security State can be reconciled with democracy – after all, Israel markets itself as “the only democracy in the Middle East.” But only the world’s privileged few will enjoy the democratic protections of the Security State, as do Israeli Jews. The masses, those who resist repression and exclusion from the capitalist system, those who struggle for genuine democracy, are doomed to be global Palestinians. The Israelization of governments, militaries and security forces means the Palestinianization of most of the rest of us.

Jeff Halper is an Israeli anthropologist, the head of the Israel Committee Against House Demolitions (ICAHD) and the author of War Against the People: Israel, the Palestinians and Global Pacification (London, Pluto Books, 2015).