OPINION | Europe Beware! Biden Is Here and There Trumpian

Translated and edited by Abraham A. van Kempen

President Biden got off to a good start. But Europe must pay attention, says Ko Colijn*. The president draws his line. Sometimes it seems Trumpian. 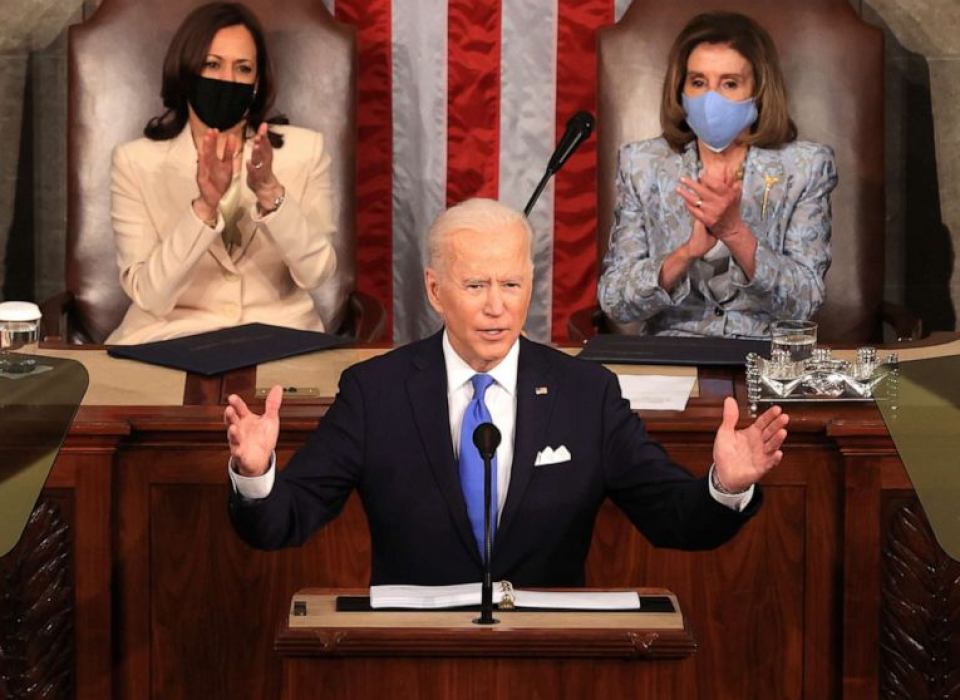 This week, Joe Biden has spent a hundred days as president. This Honeymoon period, with all its dreams and actions, often serves as a measure of campaign promises and commitments, though still works in progress. The president enjoys a 59 percent popularity. Indeed, Mr. Biden immediately has taken steps to distance his Administration from Donald Trump. He also makes overtures to bridging the gap with renegade Republicans, notwithstanding while marginally alienating himself from old allies, pouring an occasional cold shower. Incongruously, Europe had already declared Biden a saint when he took office on January 20, 2021.

In Biden's first hundred days, his domestic agenda supersedes US global interests (America First?). The president addresses internal US disputes. Who in America qualifies to realize the American Dream? His Administration now tackles head-on issues on socio-economic inequality, the racial divide, infrastructure, education, health care, the environment, and aid to the poorest. The White House has launched an unprecedented recovery package, whether under the banner of Covid-19 or not.

In the first 73 days of Biden in office, 10,000 people were killed by firearms, and five shootings with many victims counted compared to in 2020 under Trump: 20,000 firearms deaths, 24,000 firearms suicides, and 417 high-casualty shootings. In a country with more deaths caused by personal weapons used since the American Revolutionary War than in all the 'foreign' wars since then combined (1.5 million), Biden immediately took steps to turn the tide, speaking of a second "epidemic" besides corona.

Scratching behind the ears

Biden has also done a lot of good in foreign policy though the US is drawing the line. By no means does it devote its ears to those of the old allies. Biden is here and there, Trumpian. It seems sensible for Europe to scratch its head for a while.

Biden's proposed military budget, more than $ 715 billion (600 billion euros) for the coming budget year, does not differ much from Trump's. Also, the Biden Administration does not anticipate a radical break in terms of military involvement.

The landmine protocol. Obama still adhered to it well, but Trump subsequently dropped many Obama restrictions. During his campaign, Biden promised to reverse those restrictions immediately. But nothing now indicates a turnaround. Some countries are too important for the US to dispose of those mines. Promise broken for the time being.

Open Skies Treaty.  Biden now swallows the bitter pill with Trump's withdrawal from the Open Skies Treaty. That would send "the wrong signal" to the Russians, and the inspection planes that allowed the US to fly over Russia regularly have recently flown to the scrapyard in Arizona.

Nuclear weapons. Biden can already scrap a large part of the enormous atomic modernization planned by Trump. But he doesn't do that yet. During his campaign, Biden made the necessary bold statements but postponed those measures. He defied China by declaring that it would, if necessary, defend Japan by all means, including nuclear weapons.

In his campaign, he flirted with a No First Use (NFU) promise (no first deployment of nuclear weapons as long as others do not). Now the Administration is also deafeningly silent on that theme. Despite all the tension in the world and Russian misconduct, "NFU" is an exciting strategy that should be negotiable in NATO in exchange for Russian concessions.

In March, Biden announced that he would turn his back on Arab aggression against Yemen, having previously held the F-35 (JSF) sale to the United Arab Emirates (a Trump decision). That sale is now continuing, and Saudi Arabia remains America's friend.

The Egyptian leader Sisi, too, could purchase American missiles for $200 million. And the US Embassy remains in Jerusalem, the recognition of Israeli sovereignty over occupied territories remains intact.

Human Rights. The hope for a more human rights-oriented policy remains, of course. Still, Biden is also realistic. Without consulting Europe, he exchanged Hong Kong, Taiwan, and the Uyghurs for a solo success by John Kerry in Shanghai for climate change. For now, is it still America First? We'll see.

Entrenched soldiers. Despite a short phone call, Biden reached an agreement with Mexico in early April that Mexico will entrench ten thousand soldiers on its northern border to stop the influx of refugees from Central America. With all the softening, I see a Trumpian attitude in Biden. He received earlier similar commitments from Guatemala and Honduras. The reality is so uncomfortable that it is partly swept under the carpet.

The Afghanistan Anthology. And finally, the withdrawal from Afghanistan. According to Brown University's Costs of War Project, the 20-year war has caused 157,052 deaths at a cost to US taxpayers of $ 2,261 billion. Our Minister of Defense, Ms. Ank Bijleveld, poorly informed the people of The Netherlands. Despite her smearing the Trump-Mattis duo at the beginning of April 2018, she promised to send more Dutch soldiers.

And now? US Secretary of State Antony Blinken (Foreign Affairs) had flown to Brussels to inform the allies that his country had had enough. Really? There are too many examples of the contrary to be able to speak of a real turnaround.

Ko Colijn is a national security expert at the Clingendael Institute, The Netherlands.