One state or two states? You're asking the wrong question

What we desperately need now is to go back to the basics and recognize that guaranteeing Palestinians’ rights is the  foundation for any political solution. 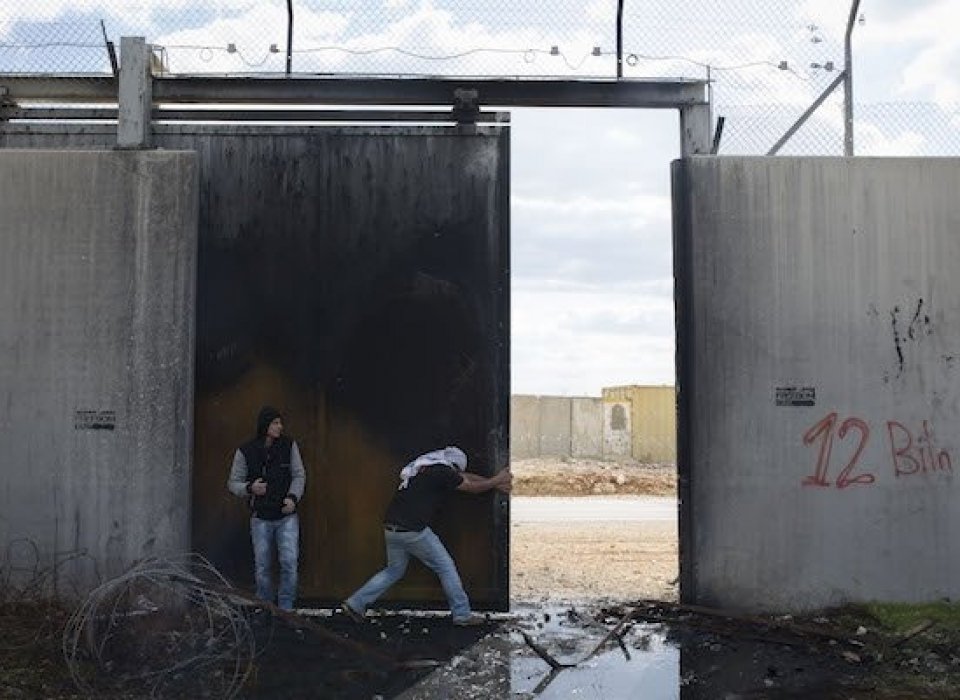 A Palestinian youth opens a gate in the Israeli wall, during a protest marking 12 years for the struggle against the wall and the occupation in the West Bank village of Bil’in, February 17, 2017.

A new poll reveals that following Trump’s Jerusalem declaration there has been a drop in support for the two-state solution among both Israeli Jews and Palestinians in the occupied territories – with both communities dipping below the 50 percent level. Only Palestinians with Israeli citizenship who live inside the Green Line show overwhelming support for this solution.

The poll also shows that in tandem with this ongoing downward shift, there is a significant rise in the hostility of each group toward the other, as well as increasing support for armed struggle or a “decisive war” as a solution to the conflict. Conducted by veteran pollsters Dr. Khalil Shikaki and Walid Ladadwa from the Palestinian Center for Policy and Survey Research (PSR), along with Israeli pollster and +972 Magazine writer Dr. Dahlia Scheindlin and the Tami Steinmetz Center for Peace Research (TSC) – this is a poll to be taken seriously. You can read more about the results of the poll here.

These new findings have significant value, as they expose Trump’s devastating impact on the chance to end the occupation in the foreseeable future, while sounding the alarm bells over the hopelessness of both sides, such that violence and bloodshed are actually gaining traction as possible solutions to our troubles.

And yet, we must not view the poll results as a harbinger of “the end of the two-state solution” or “final proof that one state is the only way to go.” One state? Two states? You’re asking the wrong question.

Why? First, because at least on the Israeli side, nobody is asking that question; it’s simply not an issue that concerns most Israelis. Our political leadership across the spectrum, from Labor to the right-wing parties, believes in the idea there is no Palestinian partner for peace, that settlements should not be uprooted, and that Israel must maintain control over Jerusalem and different parts of the West Bank. Only 18 out of 120 members of Knesset are clearly committed to ending occupation; the rest merely argue over the level of violence that should be exercised in order to manage the occupation, the degree of annexation, or how to best maintain the status quo. You cannot seriously debate the future of this land while ignoring the fact that Israelis don’t even show up at the discussion.

The one or two state debate also ignores the fact that for years there has been no peace process through which to promote either solution. Meanwhile, Israel currently enjoys international support and legitimacy of the sort it has not enjoyed in years, allowing it to give up on even the pretext of leading a [pointless] “peace process”, as Noam Sheizaf recently noted. Discussions on what a theoretical solution might look like — as opposed to thinking about how to pressure the Israeli leadership into ending the occupation — are very convenient for Israel.

Lastly, the question of a political solution ignores the notion that has long been lacking in our political debate: Palestinian rights. To a certain degree, we already have two states. Arguably, there is a Palestinian quasi-state, made out of the besieged Gaza Strip and the isolated and separated Bantustans under the Palestinian Authority’s control in the West Bank. One could also argue that we already live in a one-state reality, in which Israel is the ultimate sovereign power in the land, controlling the lives of Palestinians in Gaza and the West Bank through a series of direct and indirect mechanisms. If Israeli leaders have their way, either a future one state or two states will be a replication of the current power balance.

Palestinians take part in a protest outside a United Nations (UN) distribution centre in Rafah in the southern Gaza Strip, on January 21, 2018, following the decision by the US government to froze tens of millions of dollars in contributions to UNRWA. (Rahim Khatib/Flash90)

Any way one chooses to look at it, the current political climate lacks any recognition of Palestinians’ right to political agency, involvement in democratic process to decide their own future (be it vis-à-vis Israel or the Palestinian micro-regimes), equality and social justice, after decades of foreign rule that profits off of the natural resources, captive market, and cheap labor force in the occupied territories.

During a recent trip to the U.S., I was surprised to find out just how fierce the debate on one state/two states is in the progressive community over there. I found devoted activists, all of them committed to resisting occupation and supporting peace out of deep concern for the future of both peoples in Israel-Palestine, who refused to speak to each other solely based on the question of how many states we should have in this piece of land. I suggest that we hold off on that question and focus on the heart of the matter.

What we desperately need now, both within the Israeli society and in the international community, is to go back to the basics and recognize that any solution must recognize Palestinians’ rights as the foundation for any political solution. Without such recognition, we will only be serving Israel’s attempts to maintain the status quo. So, one state or two states? Let’s first stand up together for Palestinians rights and reject occupation. If that works, any political solution that follows could do just fine. We could save the internal fierce debates within our camp for then. 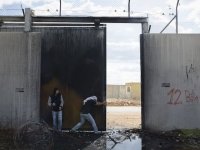