Israel is not a democracy as long as the occupation exists

An Israel that does not fight to free Palestinians from occupation is an Israel that will excel in occupation. This is the Left’s most urgent and important mission. 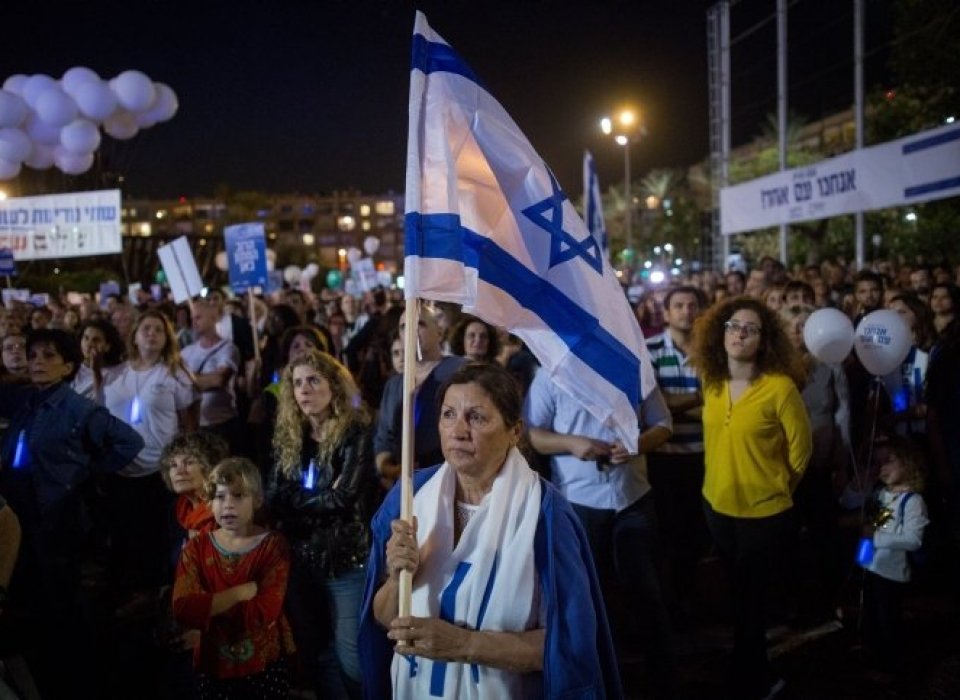 As in every year, the run-up to the commemoration of the assassination of Yitzhak Rabin last week was full of attempts to describe Jewish existence in Israel with as much pathos as possible. Questions such as “what are we struggling for?” are answered as if life here is some kind of script or speech.

The 100th anniversary of the Balfour Declaration is another reason for celebration, as well as an excuse for endless talk intended to put us in a national trance — the kind that nullifies our personal existence and turns the individual into a single drop in a giant wave. We suffered, we went to war, we had our prophets, we built, we traveled, we have a hi-tech sector, we must live together. The neutral observer may wonder: does Israel even exist, or is it all in our imagination?

It is clear why the Right is interested in maintaining this reality. In Israel, as everywhere, the Right tends toward religiosity and nationalism. But why should the Israeli Left play ball? Or, if to be more concrete: why does the Left continue to talk about the central conflict in Israel as if it is one between “Jewish and democratic” without challenging the mystical elements of Judaism, without mentioning the fact that there is no such thing as a democracy that keeps five million people under military law.

What is the left struggling for anyway?

A left-wing Israeli protester stands next to masked Israeli riot police at an anti-occupation demonstration in the West Bank, April 1, 2016. (Oren Ziv/Activestills.org)

What is the point of pretending that our argument is between a “fundamental” democracy and a “popular” democracy? Why argue over whether the independence of the courts or the media is an issue, rather than over the fact that the political, legal, and cultural establishment lives comfortably with the notion that Israel is a de facto military dictatorship?

The enormous gap between reality and the reality portrayed by the media and the political establishment is not just a disaster for the intelligence of Israeli citizens — it turns the existence of our political opposition into a joke.

Furthermore, when millions of people who lack basic political rights — some of them under direct military dictatorship — are entirely absent from the discussions of the Israeli Left, its criticism becomes groundless.

I am left wondering what leftists want when they criticize the government. What is their problem with Netanyahu and Bennett’s government? That its members don’t talk nice? That they are corrupt? So what? Doesn’t the Left also have its own people who don’t talk nice? Is it immune to corruption?

An Israeli soldier attempts to block the view of a photographer as Israeli soldiers search Palestinian men in the West Bank city of Hebron, June 22, 2017. (Wisam Hashlamoun/Flash90)

What is the main theme being articulated by those who do not view themselves as part of the ideological Right? What do they truly believe in? Do these people even have a unique worldview? Something worth struggling for?

The likely answer is no. The non-Right camp in Israel lacks all ideological fervor — it has no sense of urgency, no worldview worth struggling for. Sporadic opposition to all kinds of religious laws or fascistic school textbooks are no replacement for defined political goals, which require a clear ideological rival. Without these, it is no wonder that Israeli leftists feel a sense of emptiness. It is not because they don’t win, it is because they cannot even articulate what their victory will look like. This is not due to a lack of accomplishments, but rather a lack of ambition.

The truth hurts. So what?

The truth hurts. Uttering the words “Israel is not a democracy as long as occupation exists” is difficult. It is certainly difficult to present such a position to the world, as it may entail being marked as a self-hating Jew or traitor.

Moreover, it is difficult to sit around the dinner table and speak of the injustices of military dictatorship to your family. The most basic worldview in this country is one that views Arabs as sub-human. That is an extremely difficult premise, and very few can actually contend with it. But this is the central struggle in Israel, the elephant in the room. This is where the anger, the pain, and the intensity lie. This is where it is worth insisting on a moral position.

A left that lacks this understanding or fervor, one that does not have the willingness to insist on its path — even in the face of an aggressive Right — one that is welcoming to Jewish colonialism in this country, is a shallow and unattractive left. This kind of left will always fall victim to the tricks of the Right and an establishment that opposes change. Even likelier, however, is that it will fall victim to its own disconnected political theory, and disappear.

Alon Mizrahi is a writer and a blogger at Local Call, where this article was first published in Hebrew. Read it here. 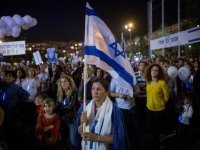 Quite an incorrect assertion. The US remained a democracy despite occupying Germany and Japan holding its citizens to different laws than the US civilian population in the two states. Israel maintains a military occupation over a belligerent enemy. They are not citizens of Israel Imagine how difficult it is to sit around the dinner table and speak of the Arab murderers who are praised by your leadership and lionized by your children, forcing Israel to enforce rules they'd rather not.