Israel Heading For A Solution? – OpEd

This column has advocated a 1-2-6-20 solution: 1 Palestine fully recognized by Israel; a 2-state solution with borders according to international law; in a 6-state Middle Eastern community of Israel and Arab neighbors, in a 20+-state community, also with their neighbors. 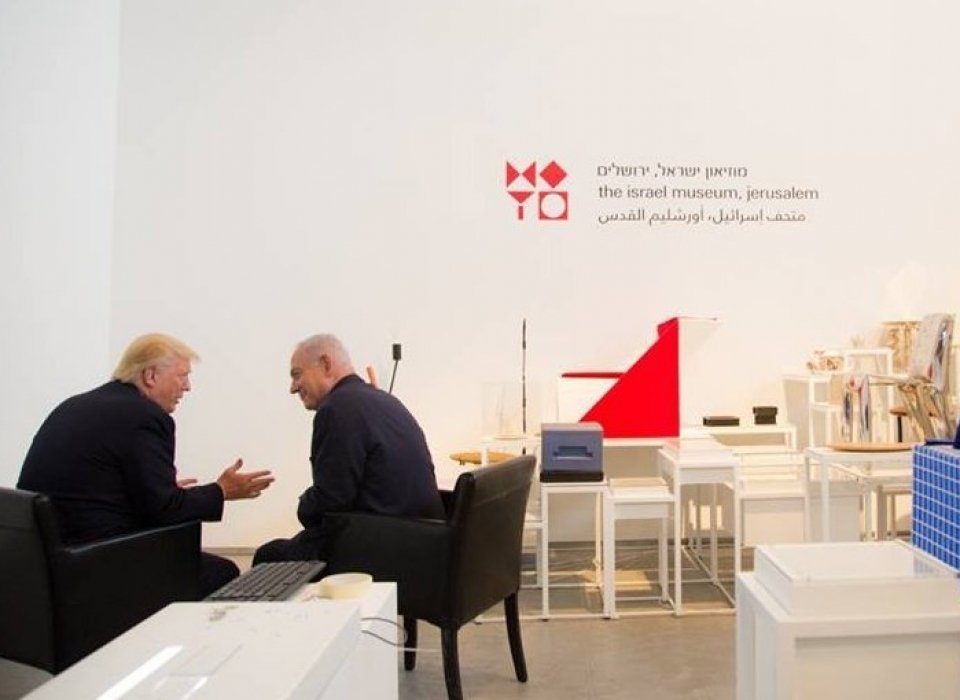 The 2-state solution could be a confederation with Israeli cantons on the West Bank, and Palestinian cantons in Israel’s northwest.

The above is acceptable to Palestine, the Arab League and Iran. Not to Israel. Netanyahu wants expansion, secure borders and recognition. Impossible. With Trump’s help he expands further, leaving UNESCO, defying UN.

Except that Netanyahu and Trump are not going to be around forever.  They suffer from autism; Trump clinically, demanding total allegiance. Not one critical word about their America First! Israel First! policies.  Seeing the world from their bubbles, missing is reciprocity, the opposite of autism; taking in Other, not only taking Other on. Dialogue.

Yet, facts catch up with them and these are disturbing. Trump is not creating a great America, but an isolated America.  Netanyahu is not recreating a Genesis 15:18 Israel, but a non-viable Israel.

Israeli terrorists conquered and colonized. Yet let us be clear: Israel is not an apartheid state but “first- vs second-class citizens”. Nor is it a racist state; there are Jews and Arabs of all races. It is a “chosen people with promised land” state, claiming a divine mandate; out of touch with the post-Enlightenment rationality of our age.

The first non-viability point is an Arab minority becoming an Arab majority in Netanyahu’s Israel as “Jewish state for Jews only”. For that, Arabs would have to be expelled or that land detached for a smaller Israel, invoking heavier sanctions than Israel can withstand. USA can block UNSC, but not all bilateral diplomatic sanctions.

The second non-viability point is deeper. The Zionist concept–a good century ago–of a state for one nation only is non-viable.

Today people move in and out of everything, including Israel. Moreover, states as such are devolving, yielding to local autonomies from below, and to regionalization, globalization, from above.

There is a hard core Israel devoted not only to Genesis 15:18, but also to the belligerent Deuteronomy 20:10-20 and the geopolitical four tier model in Isaiah 2:1-4. And to the memory of the Jewish 5,000-strong brigade fighting heroically Nazi-Germany during WWII.[i]

Although there are also softer Israelis. Many of them, in USA, are parts to the escalating conflict between Israeli and diaspora Jews. Particularly women, given the choice of Orthodox Judaism for Israel; with women as second class citizens as witnessed at the Wailing Wall.

And there are empty Israelis: the Northwest whence the 780,000 Palestinians were driven out, the vast South.

Plus, under and above all that, the past, present and future filled with Palestinian resistance, the Intifadas, to get their land back. Still willing (PNC) to co-exist with a 4 June 1967 Israel. Netanyahu, helped by Trump, is escalating the expansion as Palestinians escalate their resistance. That struggle will never cease, making Israel a very viable battlefield and a non-viable country.

Given this, how do we arrive at a rational post-Netanyahu Israel?

By going back to the roots of the three Abrahamic religions, that lasting factor, but not the only one, in so much world belligerence.

Judaism shares monotheism with Islam, a good point of departure.

Christianity shares singularism-universalism with Islam, a very bad point of departure, excluding each other, with uneasy truces; now one dominating, now the other; here one dominating, there the other.

And Judaism shares a hierarchical, pyramidal view of geopolitics with Christianity, another bad point of departure, giving rise to the Judeo-Christianity legitimizing US exceptionalism and belligerence.

But the point here is the Judaism-Islam relation.

In principle, it opens for Jews living as they used to do, with people of The Book, believers in the kitab, all over in Muslim lands.  Including what Jews see as their Holy Land, much of the Middle East. So, why be so modest and go for only that little speck of land called Israel?  Why not leave 4 June 1967 Israel to hard core Zionists, they are there already, liberating the rest of the world from them?

In addition, simply reciprocate the Muslim tolerance of Jews, by living next to them, two monotheistic religions, based on divine revelations? Like they did for so many centuries under one Muslim dynasty after the other, the Omayyads, the Abassids, the Fatimids, the Ottomans–till the Zionists implanted the European nation-state idea in West Asia.

This would take much dialogue, and much and skillful negotiation.  For one thing, Jews may have to swallow the bitter pill of apologizing for the efforts to make it look as if they had been driven out of Arab-Muslim countries, concealing that they had benefited from an age-old tradition, back to the Prophet, building as he did, on their Prophets.

This policy has as little chance in today’s political reality as that reality has of becoming viable.  Exactly for that reason a vision of an alternative is needed, even indispensable. This is one effort.

We could go a step further: there are Christians in the area. Once the three celebrated a long-lasting Golden Age together; there is no law saying that golden ages can only happen in southern Spain. Even more likely in the Holy Land, with Jerusalem in the center with sacred spaces for all of them, of course not under Israeli “sovereignty”.

And sacred times for all of them, to be respected by the others.

The world wants messages of peace from these great, old faiths, not everlasting belligerence. That could emanate from Jerusalem, by highlighting the traditions of togetherness and tolerance rather than the opposite: the Abrahamic faiths betraying the human hope of peace.

The world is waiting. Time for this to happen is now.

*Johan Galtung, a professor of peace studies, dr hc mult, is founder of TRANSCEND International and rector of TRANSCEND Peace University. Prof. Galtung has published more than 1500 articles and book chapters, over 470 Editorials for TRANSCEND Media Service, and more than 170 books on peace and related issues, of which more than 40 have been translated to other languages, including 50 Years – 100 Peace and Conflict Perspectives published by TRANSCEND University Press. 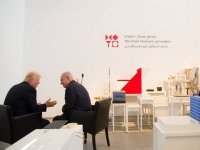