Guess which of these human rights Israel guarantees to Palestinians

Everyone on Facebook is playing a game where they post nine concerts they’ve been to and one they haven’t. The idea is your friends have to guess which band you haven’t seen. 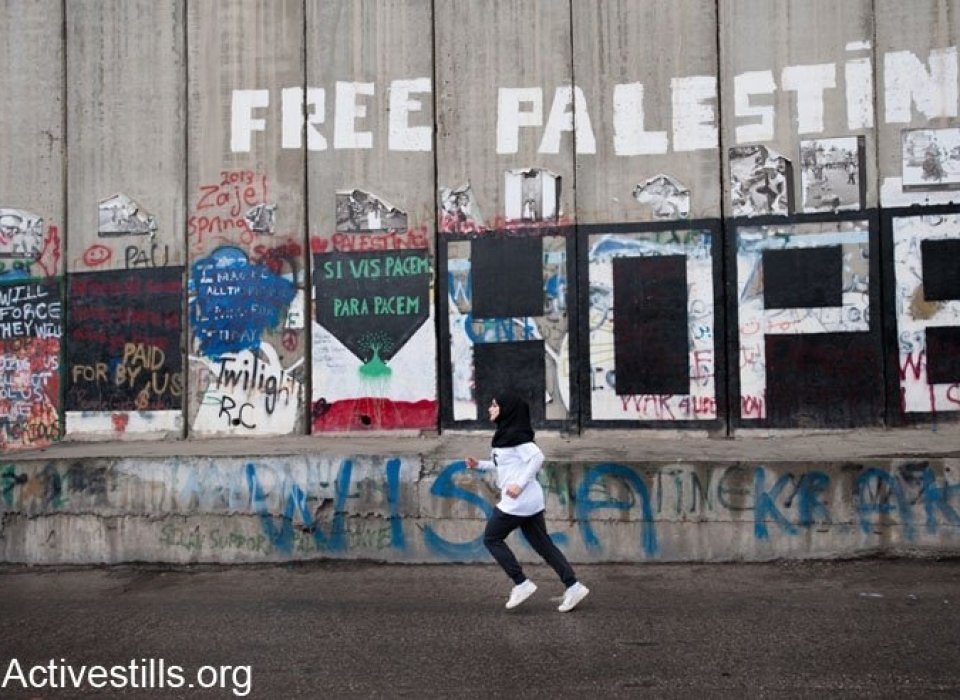 A young woman runs past the slogans “Free Palestine” and “Hope” painted on the Israeli separation wall as hundreds of Palestinian and international athletes took part in the the inaugural Palestine Marathon in Bethlehem, West Bank, April 21, 2013. (Activestills)

I want to play too, but I’ve been to only two concerts in my life, both of which were Mashrou’ Leila’s. So I thought of a different way to play.

Here are 10 human rights listed, among others, in the Universal Declaration of Human Rights. Nine of these human rights are violated by Israel when it comes to Palestinians, and one is fully respected:

Okay, I tricked you. Israel violates them all.

1. Right to Equality: In the West Bank, Jewish settlers enjoy privileges that their Palestinian neighbors do not. Within the Green Line territories, some laws give preference to Jews, as some practices do (one example is the Law of Return).

2. Right to Equality before the Law: Here, criminal law is one example, wherein Palestinians get more severe sentences. Also, police and military misconduct is rarely scrutinized (see this illuminating series and this) when the victim is Palestinian, and if they are held accountable, their punishments are often ridiculously light. Also, “Facebook arrests” of Palestinians based on posts deemed to be either supportive of terrorism or inciting it, while only very few Jews are held to the same standards.

3. Right to Life, Liberty, Personal Security: Palestinians’ lives do not matter as much as Israeli Jews’ lives do. Both police and military forces tend to shoot to kill (PDF) more frequently when it comes to Palestinian suspects in comparison with Israeli-Jewish suspects.

Israeli border policemen detain a Palestinian man at a checkpoint in Beit Enoon, near the West Bank city of Hebron, April 4, 2016. (Wisam Hashlamoun/FLASH90)

4. Freedom from Torture and Degrading Treatment: Come on! Does actual torture fit this bill? Or maybe extortion of gay Palestinians into becoming informants under the threat of outing them? Maybe the threat expressed to Palestinian minors arrested by the military of having their mothers and sisters raped if they do not cooperate/confess during their interrogation? Or, more generally, the whole detention procedure of Palestinian minors? Just pick your favorite.

5. Right to Remedy by Competent Tribunal: While in Israel, Palestinians from the West Bank and Gaza are allowed to file lawsuits against the state for compensation in some contexts, namely if their damages are attributable to military actions that are not the result of “war operation,” many lawsuits are dismissed because Israel prohibits the plaintiffs’ entry to Israel so that they could testify and basically live up to the civil procedure code and other requirements, leading judges to simply throw out these lawsuits on the technicality of “Plaintiff’s absence.”

6. Freedom from Arbitrary Arrest and Exile: East Jerusalem (revoking of residency status for Palestinians) and the very-frequently utilized legal institution of administrative arrests.

7. Right to Free Movement in and out of the Country: Well, the siege on Gaza comes to mind. But also politically-based entry bans to Israel.

8. Right to Marriage and Family: As of 1998, Israel no longer allows West Bank/Gaza Palestinian spouses of citizens of Israel to acquire citizenship, basically barring family unification. One Supreme Court justice in the case submitted against this law proclaimed that while Palestinian citizens’ right to family is indeed a constitutional right, the exercise of that right in Israel is not.

10. Right of Peaceful Assembly and Association: Palestinian peaceful protests in the West Bank are violently dispersed by the military forces. Within the Green Line, the militarized Israeli police force often treats Palestinian protestors more harshly than it does their Jewish counterparts, executing mass arrests and using violence to suppress demonstrations. More recently, the March of Return, which takes place every year to commemorate the Nakba, was almost canceled by the police. They claimed technical issues, when in reality, the reasons were more likely political, as the Nakba and its commemoration are considered a taboo in Israeli political culture.

Fady Khoury is a human rights lawyer and a doctoral candidate at Harvard Law School. 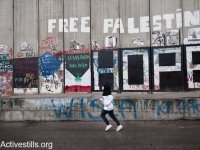