By the Palestine Chronicle staff

Evangelical Christian groups have invested up to $65 million in projects in the “Biblical Heartland” over the past decade, however, that doesn’t include services they provide free of charge, such as volunteer laborers, according to a Haaretz investigation.

When evangelicals first descended on Israeli settlements a decade ago they raised suspicions and faced hostility. Then came Trump. A Haaretz investigation shows how millions are now being used to "fulfill the biblical prophecy" #THREAD >> https://t.co/EkDIQgdjgU

Haaretz news outlet reported that about 1,700 volunteers were sent by Christian Evangelical groups to the illegal Jewish settlement of Har Brakha, south of the northern occupied West Bank district of Nablus. 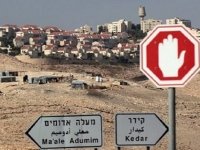