Christian Zionism is the largest, most controversial and most destructive lobby within Christianity. It bears primary responsibility for perpetuating tensions in the Middle East, justifying Israel’s apartheid colonialist agenda and for undermining the peace process between Israel and the Palestinians. 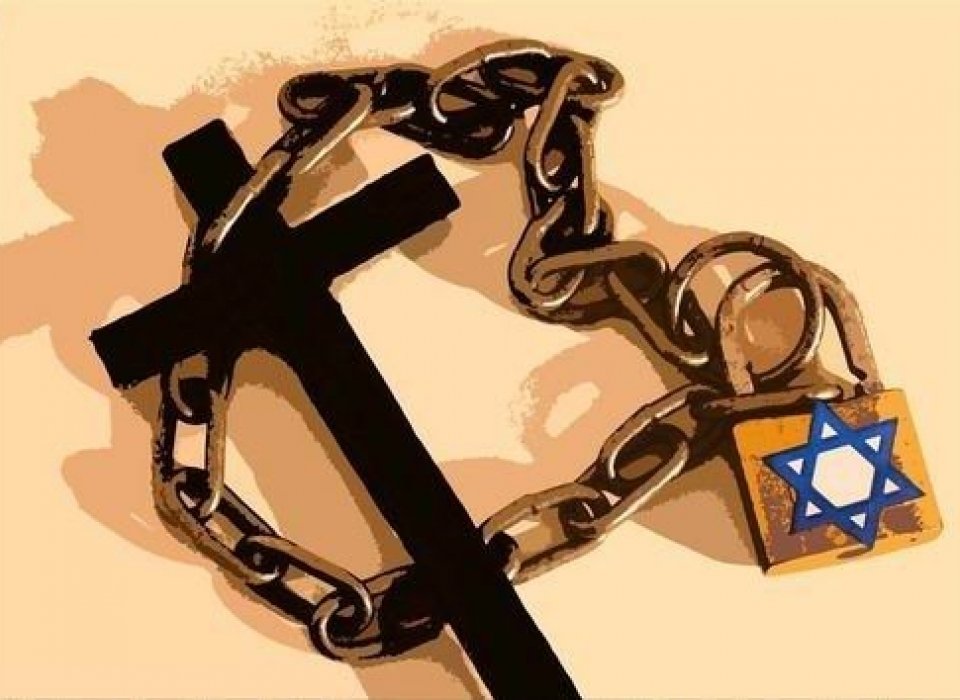 At least one in four American Christians surveyed recently by Christianity Today magazine said that they believe it is their biblical responsibility to support the nation of Israel. This view is known as Christian Zionism. The Pew Research Center put the figure at 63 per cent among white evangelicals. Christian Zionism is pervasive within mainline American evangelical, charismatic and independent denominations including the Assemblies of God, Pentecostals and Southern Baptists, as well as many of the independent mega-churches. It is less prevalent within the historic denominations, which show a greater respect for the work of the United Nations, support for human rights, the rule of international law and empathy with the Palestinians.The origins of the movement can be traced to the early 19th century when a group of eccentric British Christian leaders began to lobby for Jewish restoration to Palestine as a necessary precondition for the return of Christ. The movement gained traction from the middle of the 19th century when Palestine became strategic to British, French and German colonial interests in the Middle East. Proto-Christian Zionism therefore preceded Jewish Zionism by more than 50 years. Some of Theodore Herzl’s strongest advocates were Christian clergy.

Christian Zionism as a modern theological and political movement embraces the most extreme ideological positions of Zionism. It has become deeply detrimental to a just peace between Palestine and Israel. It propagates a worldview in which the Christian message is reduced to an ideology of empire, colonialism and militarism. In its extreme form, it places an emphasis on apocalyptic events leading to the end of history rather than living Christ’s love and justice today.

Followers of Christian Zionism are convinced that the founding of the State of Israel in 1948 and the capture of Jerusalem in 1967 were the miraculous fulfillment of God’s promises made to Abraham that he would establish Israel as a Jewish nation forever in Palestine.

Tim LaHaye’s infamous Left Behind novels, together with other End Times speculations written by authors such as Hal Lindsey, John Hagee and Pat Robertson, have sold well over 100 million copies. These are supplemented by children’s books, videos and event violent computer games.

Burgeoning Christian Zionist organizations such as the International Christian Embassy (ICEJ), Christian Friends of Israel (CFI) and Christians United for Israel (CUFI) wield considerable influence on Capitol Hill, claiming a support base in excess of 50 million true believers. This means there are now at least ten times as many Christian Zionists as Jewish Zionists. And their European cousins are no less active in the Zionist Hasbarafia, lobbying for Israel, attacking its critics and thwarting the peace process. The United States and Israel are often portrayed as Siamese twins, joined at the heart, sharing common historic, religious and political values.

Pastor John Hagee is one of the leaders of the Christian Zionist movement. He is the Founder and Senior Pastor of Cornerstone Church, a 19,000-member evangelical church in San Antonio, Texas. His weekly programmes are broadcast on 160 TV stations, 50 radio stations and eight networks into an estimated 99 million homes in 200 countries. In 2006 he founded Christians United for Israel admitting,

“For 25 almost 26 years now, I have been pounding the evangelical community over television. The Bible is a very pro-Israel book. If a Christian admits ‘I believe the Bible,’ I can make him a pro-Israel supporter or they will have to denounce their faith. So I have the Christians over a barrel, you might say.”

“The sleeping giant of Christian Zionism has awakened. There are 50 million Christians standing up and applauding the State of Israel…”

As the Jerusalem Post pointed out, his speech did not lack clarity. He went on to warn:

“It is 1938. Iran is Germany, and Ahmadinejad is the new Hitler. We must stop Iran’s nuclear threat and stand boldly with Israel, the only democracy in the Middle East… Think of our potential future together: 50 million evangelicals joining in common cause with 5 million Jewish people in America on behalf of Israel is a match made in heaven.”

Christian Zionists have shown varying degrees of enthusiasm for implementing six basic political convictions that arise from their ultra-literal and fundamentalist theology:

Within the Christian Zionist worldview, Palestinians are regarded as alien residents in Israel. Many Christian Zionists are reluctant even to acknowledge Palestinians exist as a distinct people, claiming that they emigrated to Israel from surrounding Arab nations for economic reasons after Israel had become prosperous. A fear and deep-seated hatred of Islam also pervades their dualistic Manichean theology. Christian Zionists have little or no interest in the existence of indigenous Arab Christians despite their continuity with the early church.

In 2006, I drafted what became known as the Jerusalem Declaration on Christian Zionism signed by four of the Heads of Churches in Jerusalem: His Beatitude Patriarch Michel Sabbah, Latin Patriarch, Jerusalem; Archbishop Swerios Malki Mourad, Syrian Orthodox Patriarchate, Jerusalem; Bishop Riah Abu El-Assal, Episcopal Church of Jerusalem and the Middle East; and Bishop Munib Younan, Evangelical Lutheran Church in Jordan and the Holy Land. In it they insisted:

“We categorically reject Christian Zionist doctrines as a false teaching that corrupts the biblical message of love, justice and reconciliation.

We further reject the contemporary alliance of Christian Zionist leaders and organisations with elements in the governments of Israel and the United States that are presently imposing their unilateral pre-emptive borders and domination over Palestine. This inevitably leads to unending cycles of violence that undermine the security of all peoples of the Middle East and the rest of world.

We reject the teachings of Christian Zionism that facilitate and support these policies as they advance racial exclusivity and perpetual war rather than the gospel of universal love, redemption and reconciliation taught by Jesus Christ. Rather than condemn the world to the doom of Armageddon we call upon everyone to liberate themselves from ideologies of militarism and occupation. Instead, let them pursue the healing of the nations!

We call upon Christians in Churches on every continent to pray for the Palestinian and Israeli people, both of whom are suffering as victims of occupation and militarism. These discriminative actions are turning Palestine into impoverished ghettos surrounded by exclusive Israeli settlements. The establishment of the illegal settlements and the construction of the Separation Wall on confiscated Palestinian land undermines the viability of a Palestinian state and peace and security in the entire region.”

“God demands that justice be done. No enduring peace, security or reconciliation is possible without the foundation of justice. The demands of justice will not disappear. The struggle for justice must be pursued diligently and persistently but non-violently.” The prophet Micah asks, “What does the Lord require of you, to act justly, to love mercy and to walk humbly with your God.” (Micah 6:8).

It is my contention after more than 10 years of postgraduate research that Christian Zionism is the largest, most controversial and most destructive lobby within Christianity. It bears primary responsibility for perpetuating tensions in the Middle East, justifying Israel’s apartheid colonialist agenda and for undermining the peace process between Israel and the Palestinians.

The closing chapter of the New Testament takes us back to the imagery of the Garden of Eden and the removal of the curse arising from the Fall: “Then the angel showed me the river of the water of life, as clear as crystal, flowing from the throne of God and of the Lamb… On each side of the river stood the tree of life, bearing twelve crops of fruit, yielding its fruit every month. And the leaves of the tree are for the healing of the nations.” (Revelation 22:1-2) Surely this is what Jesus had in mind when he instructed his followers to act as Ambassadors of peace and reconciliation, to work and pray that God’s kingdom would come on earth as it is in heaven.

The Revd Dr Stephen Sizer is the Vicar of Christ Church in Virginia Water and the author of Christian Zionism: Road-map to Armageddon?(InterVarsity Press, 2004); Zion’s Christian Soldiers? (2007) and In the Footsteps of Jesus and the Apostles (Eagle, 2004). For more information see www.stephensizer.com 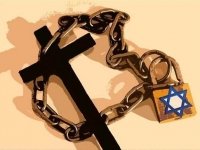 And what's wrong here? After all, there is the homeland of the Jewish people and their national state. Zionism is the Jewish movement of national renewal in its homeland. What is wrong with a large proportion of Christians supporting this state? Is it worse than Moslem preaching in some churches? Is it worse than the massacre of Christians in the Muslim world, about which you do not write anything? Are not you aware that the Jews will never give up their homeland? It's good to know it.