Brotherhood is the Way to Get to Know One Another … 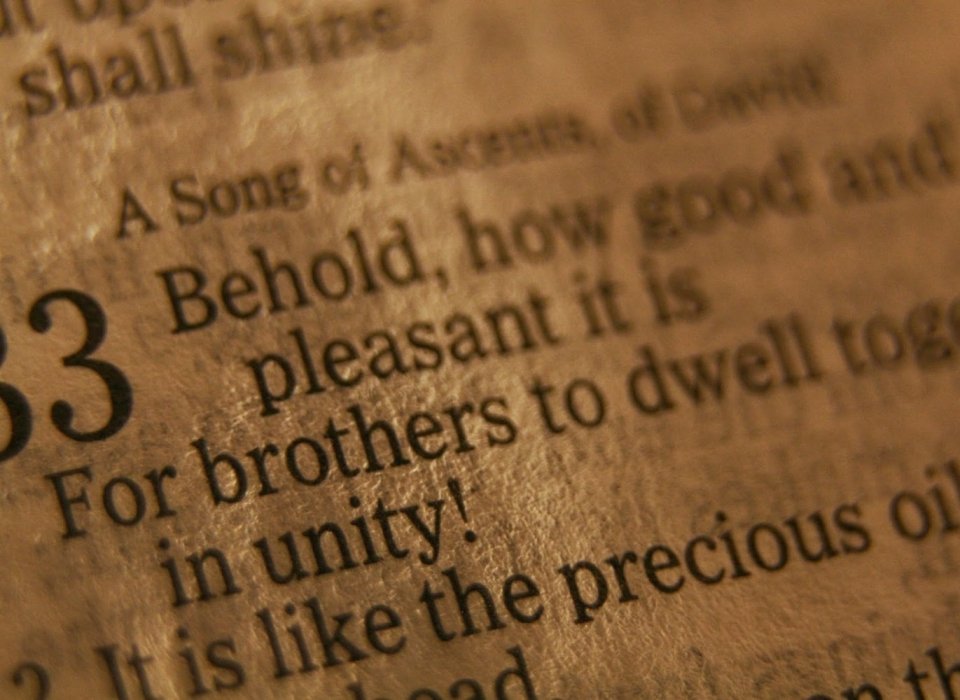 [Editor's note! God PROPOSES. He does NOT impose. He does DISPOSE. How? Don't ask! It's one of those divine mysteries.]

May all the peoples of Jerusalem soon be reconciled and blessed in Abraham! If Christians see themselves as brothers of all people and are supposed to behave accordingly, how much more is this sacred obligation than when they face Jewish people [and Muslims]? "Whoever meets Jesus Christ meets Judaism" [and Islam]. *1

Unfortunately, the mere thought of the Holy Land gives rise in our hearts to anxiety and sorrow because of the violence that continues to stain that region and the excessive flow of innocent blood poured out by both Israelis and Palestinians that hinders peace and justice from dawning. *2

The innocent victims, the destroyed or dispersed families, the forever destroyed cultural values ​​and art treasures are tragic evidence of where discrimination and contempt for human dignity can lead. Inspired by perverse theories about an apparent difference in human value or racism, segregate people into 'valuable' and 'livable' versus 'unworthy.' All people are equally valuable and essential before God. *1

Today, therefore, in faith and hope, we are addressing a fervent prayer to the God of Shalom so that enmity and hatred may no longer overpower those who turn to the biblical Abraham, our spiritual father. Jews, Christians, and Muslims may lead the way to an explicit knowledge of the ties that bind them and the responsibilities that lie on each one's shoulders. *2

Dialogue is the way to get to know one another. Jews and Christians [and Muslims], as sons [and daughters] of Abraham, are called to be a blessing for the world by working together for peace and justice among all people and peoples, in the fullness and depth as God Himself intended them for us. The more this sacred obligation shapes our encounter, the more it is a blessing.*1

It is my fervent hope that a solution to the Middle East crises may draw nearer. A peace based on equitable recognition of all rights includesa just settlement of the Palestinian question. I also hope for a particular statute that, under international guarantees—as my predecessor, Paul VI indicated—would respect Jerusalem's unique nature, a heritage sacred to the veneration of millions of believers of the three great monotheistic religions, Judaism, Christianity, and Islam. *3

Upon entering Jerusalem in January 1964, the words of Pope Paul VI are worth repeating:

"In your wishes and prayers, implore us for unity and peace over this unique land visited by God!

Yes, peace dwell in your wall, flourish in your palaces. I ask you for peace. I long for happiness!" *1

Human progress can only be secured with guaranteed respect for every person's inalienable dignity and rights. The world is still far from achieving this goal.Many forms of injustice and discrimination still inflict the weak in too many parts of the world. It is the solemn duty of every democratic system to promote and protect fundamental human rights and every category of these rights. *4

Every analysis must necessarily start from the premise thatevery human being is endowed with a dignity that must never be lessened, impaired, or destroyed but must instead be respected and safeguarded if peace is built up. Permit me to enumerate some of the most basic human rights that are universally recognized:

We still have a long way to mend a world scarred by disputes and hostilities.The God of justice and peace and mercy and reconciliation calls us to collaborate without wavering. If we can join our hearts and hands to respond to the divine call, the light of the Eternal One will shine to illumine all peoples and show us paths to peace, to Shalom.

With help from Heaven, in taking this road to brotherhood, the Church expresses deep sorrow at "the failures of her sons and daughters in every age." In the act of repentance (teshuvà), we havesought forgiveness for our responsibility connected in any way with the scourges of anti-Judaism and anti-Semitism [and savagery against other religions].

Let us walk with one heart in brotherhood.

[Editor’s note! Loosely translated, as the Bible Says: “destroy your enemies by becoming friends” (Matthew 5: 43 – 48). Let’s have tea and work toward a peaceful Israel-Palestine. If it’s possible there, it’s possible everywhere.”]

*2 Message of John Paul II To The Chief Rabbi Of RomeDr. Riccardo Di Segnifor; The Centenary Of The Great Synagogue Of Rome; The Vatican, 22 May 2004.

*3 Apostolic Journey To The United States Of America; Address Of His Holiness John Paul Ii
To The 34th General Assembly Of The United Nations; New York, Tuesday, 2 October 1979.

*4 Address Of The Holy FatherTo The New AmbassadorOf The Republic Of India To The Holy See;Friday, 13 December 2002. 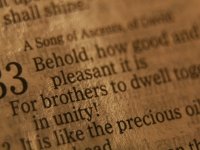