Analysis | Bennett-Biden Meeting Opened No Doors, but Left a Crack for the Palestinians

The Palestinian leadership realizes the Bennett government will last longer than anticipated. They only ask Israel to honor existing agreements, in a bid to prevent unilateral measures and restore stability 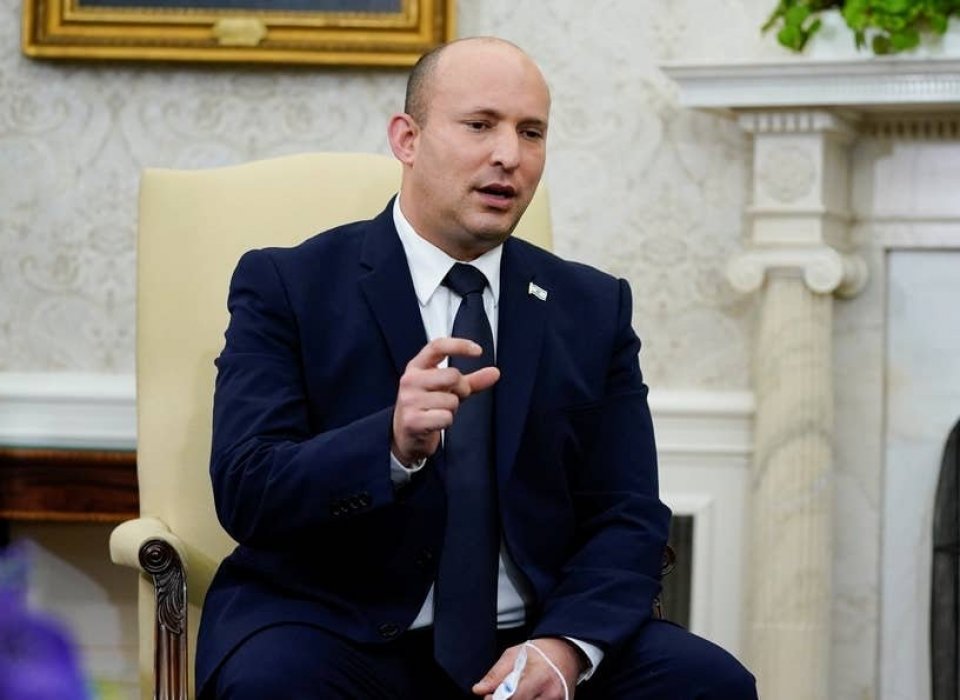 Prime Minister Naftali Bennett speaks as he meets with President Joe Biden in the Oval Office, on Friday.Credit: Evan Vucci/AP

“We consider this the first sign of a crack [in the window] of opportunity,” a senior Palestinian official in Ramallah told Haaretz this week. “If in the face of Netanyahu and the backing Trump gave him it was a lost cause, now there’s a trend of change. Not only because of Bennett and the makeup of his government, but mainly because of the new administration in Washington.”

However, the official added: “We are realistic and we know that progress, if there is any at all, will be mainly slow and fundamentally intended to maintain the status quo.”

In the bureau of Palestinian President Mahmoud Abbas, officials continuously study the intentions of the Israeli government. And so the meetings between Prime Minister Naftali Bennett and President Joe Biden in Washington were followed with interest. From the messages that came to Ramallah over the weekend Palestinian officials learned that the main conversations on the Palestinian issue were had with Secretary of State Antony Blinken and less so with Biden. Although Biden brought up the Palestinian issue, the meeting's time frame and the subjects on the agenda didn’t leave much room to delve into it in detail.

“Even if Bennett tried to completely ignore the Palestinian issue, we know that he was asked to present a package of steps easing civilian restrictions,” said a senior PA official familiar with the talks with the Americans. In Ramallah they are also expecting an update from Washington within the next few days because “the relationship with Washington is very practical and open now,” the official said.

Palestinian President Mahmoud Abbas arrives to head the Palestinian leadership meeting at his headquarters, in the West Bank city of Ramallah, in May.Credit: Nasser Nasser / AP

An update from Washington will also be important ahead of the summit planned for Thursday in Cairo between Abbas, Jordanian King Abdullah and Egyptian President Abdel-Fattah al-Sissi. The meeting has been defined as a coordination of positions before the UN General Assembly, and in Ramallah they are exploring whether on the margins of the meeting – if it takes place as planned, face-to-face, due to coronavirus restrictions – there might be an opportunity for a first meeting between Abbas and Biden after the friendly phone call between the two in mid-May.

Abbas and most of the Palestinian leadership believe that the Bennett government will survive longer than expected despite its many opposing elements. The working assumption is that the government will remain stable out of fear of new elections and the return of former Prime Minister Benjamin Netanyahu, and therefore in Ramallah, officials don't see this government as temporary.

In addition, in diplomatic talks – including with Cairo, Amman and Western officials, among them American and British figures – the Palestinian leadership has raised a reasonable demand from Israel: to honor existing agreements between Israel and the PA. Doing so, according to the PA leadership, will prevent unilateral steps and allow room to maneuver, stability and perhaps even a renewed discussion about PA elections, including in East Jerusalem and the Gaza Strip. Elections will also allow both sides room and time to maneuver – in other words, they would kick-start a process that will take many months and during which the two sides will be forced to avoid unilateral actions.

This assessment aligns with messages from Israeli representatives who are talking to their counterparts in Ramallah: that Bennett is prepared for any cooperation that is not diplomatic, with the main intention to provide civil aid to the PA. Messages in this vein have come from the Arab representatives in the government, Regional Cooperation Minister Esawi Freige and Minister in the Finance Ministry Hamad Amar, as well as the coordinator of government activities in the territories, Maj. Gen. Ghassan Alyan. “They’re sending the Arabs to talk to the Arabs,” senior PA officials said cynically.

Protesters outside Israel's High Court of Justice during a hearing on evacuating Palestinian familes from the East Jerusalem neighborhood of Sheikh Jarrah, in early August.Credit: Ohad Zwigenberg

In the face of all this, the PA actually sees Defense Minister Benny Gantz as the official who can actually move things ahead. In addition, whether Gantz likes it or not, on the Palestinian side they see him as the person closest to the administration in Washington.

In their view, easing civilian restrictions and honoring agreements – including avoiding unilateral steps, among them massive construction in the settlements and dramatic moves in the East Jerusalem Palestinian neighborhood of Sheikh Jarrah – can give the two sides relative quiet and mainly continued survival. The trend at this time in the PA, as well as in Israel, is not to take a stand in regard to the conflict but to manage it – as is the Americans' method – and avoid surprises that have major potential for escalation, especially in areas where the PA has almost zero control. The events of May in Jerusalem and the Gaza Strip are proof of this. 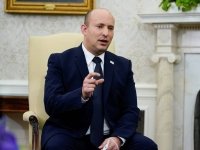