America and Israel Against the World

My Spotify workout playlist is a time warp. Growing up in a blue-collar neighborhood of New York City in the 1990s and early 2000s, listening to popular East Coast hip-hop was practically required. So on a recent morning in which I had planned to write a column about Israel/Palestine, I jammed out to Jay-Z & Beyonce’s famous power-couple-jam, “’03 Bonnie and Clyde.” The song revolves around a former street dude and his loyal girlfriend, ready to face off against the world like the title’s outlaw couple. 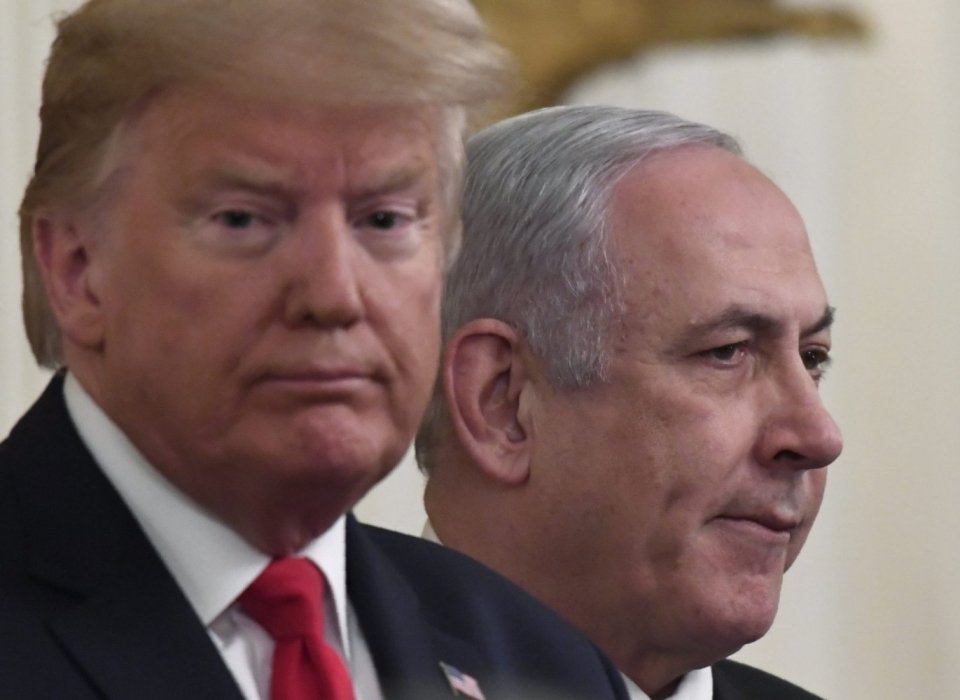 Ironically, this got me thinking about the U.S. and Israel, President Donald Trump and Israeli Prime Minister Benjamin (Bibi) Netanyahu. Because, if we’re honest with ourselves, the ditty could just as easily describe the still-fresh political romance of “B and D,” as well as the 70-year relationship between the U.S. and Israel.

Prime Minister Netanyahu has recently, and probably accurately from his perspective, called Donald Trump “the best friend that Israel has ever had in the White House.” Netanyahu has proven himself all too willing to exchange political loyalty for gifts, and perhaps no one has offered him more than the 45th president of the United States. These include, but are not limited to: moving the U.S. Embassy to Jerusalem, recognizing Israel’s sovereignty over the contested Golan Heights region (after which Bibi cutely named a Golan ghost town settlement for The Donald), and reversing 50-plus years of U.S. policy by declaring that Israeli settlements in the West Bank are not in violation of international law. In light of these giveaways, the terms of the administration’s newest “peace” deal for the Holy Land should come as no surprise.

In characteristically bashful style, Trump has dubbed his Israel-Palestine plan the “Deal of the Century.” But even a cursory reading of the lengthy proposal, and an elementary understanding of the contested region’s history, reveal that it’s nothing more than a “raw deal” that effectively erases the Palestinian people. “Scam,” “Betrayal,” “Deceit,” or “Shame of the Century” would all be more accurate descriptions.

The U.S. has never been an “honest broker” in the Holy Land, having provided more financial support to Israel since World War II than to any other nation. So it’s no surprise that it’s the Palestinians who stand to lose the most in this proposal: all semblance of a contiguous sovereign state, control of their own borders, an equal-status capital in East Jerusalem, any “right of return” for expelled refugees or restitution of lands stolen by Israeli settlers.

Trump, ever the corrupt real estate tycoon, seems to believe he can buy off Palestine’s unconditional surrender with a few modest subsidies for a rump statelet. It’s Extortion 101, and yet another example of Trump’s toxic negotiating style. Alliances are meaningless, and everything is transactional.

That the deal’s terms were negotiated by Jared Kushner, the president’s 39-year-old son-in-law and a billionaire with no expertise in diplomacy or the Arab world, makes it all the more cynical and insulting.

Trump’s plan has absolutely zero chance of bringing peace to a blood-soaked land, and given that this is the latest in a long line of increasingly bad deals from the “international community” (read: Israeli leaders and their American allies), it’d be hard to blame Palestinians for taking up arms. Why not rise in a third intifada? Tell me, what do they really have to lose if the only alternative is Trump’s take-it-or-leave-it threat? Even if armed Palestinian resistance has been historically counterproductive, violent reaction would be hard to dismiss. If I were a young, hopeless, underemployed Palestinian, I know I might respond to Trump’s plan by grabbing the nearest AK-47.

The most disturbing evidence that Trump and Netanyahu — and by extension the U.S. and Israeli governments — stand proudly against the world is this: The only other nations supporting this plan are dictatorial and/or monarchical Arab client states like Saudi Arabia, Egypt and the United Arab Emirates. These regimes, some of which have gunned down peaceful protesters by the droves and still behead women for “sorcery,” also just happen to be huge recipients of U.S. military aid, arms sales, training, and “protection” from Iran. Pretty nice company to keep for a republic that bills itself as the world’s “beacon of democracy,” huh?

What should really be dubbed the “Long Con of the Century” is finally nothing more than an ex cathedra endorsement of apartheid from the Jordan River to the Mediterranean Sea. Indeed, it appears that the most radical, chauvinistic Zionists have achieved their long-standing dream, perhaps indefinitely.

History shows that apartheid states, brutal in practice and often lasting decades, are doomed to fail. South Africa’s, which endured from 1948-1994, eventually collapsed under the weight of international sanctions, disapprobation and internal indigenous resistance. It may take another generation, but Israeli apartheid won’t last forever either; it too will crumble under the weight of its own contradictions. How can a country be both “Jewish” and “democratic” while some 50% or more of its population live as second-class citizens or under military occupation?

We must also ask the question, “Why now?”. Why introduce a plan at this particular moment?  Plenty of media outlets have asserted that the proposal’s unveiling is little more than an attempt by Trump and Netanyahu to distract the public from their impeachment and criminal trial, respectively. I only caution that we don’t put too much stock in this theory as it pertains to Trump: This president was anything but scared rolling out this “peace plan,” and the president himself is made of John Gotti-grade teflon. Witness his disturbingly effective performance at the State of the Union address in which he made House Speaker Nancy Pelosi, D-Calif., and Democrats more broadly look like petulant children.

That his speech was riddled with lies, half-truths and obfuscations doesn’t seem to matter. Trump’s “ride or die” base (there’s Jay and Bey again), and about half of Americans, could care less. Add to that the perhaps 50% (or more) of Democrats, anti-Trumpers and nonvoters who are either reflexively loyal to Israel or simply don’t care about foreign policy, and this farcical peace plan is unlikely to face much in the way of a public challenge. Like the explosive Afghanistan Papers, the “Deal of the Century” will fade fast from the headlines.

For even a modestly informed follower of Palestinian affairs, the announcement of this prejudicial, inhumane ultimatum rates as more than a little disturbing. Add to this the violence that U.S. has waged against Arabs across the region, to which I contributed as a former water carrier for the empire, and I’m embarrassed to be an American.

Fittingly, it was President Trump who captured America’s view of the region in his State of the Union address. “Let us work together to build a culture that cherishes innocent life,” he said, in a nod to his Evangelical base. “And let us reaffirm a fundamental truth: All children — born and unborn — are made in the holy image of God.”

All children, that is, so long as they are not Palestinian. 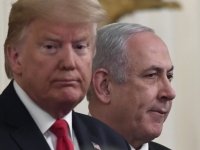