A Christmas message from Palestine: thank you for your support

The people of besieged Gaza are suffering doubly from the Covid-19 pandemic and the Israeli occupation. DR MONA EL-FARRA writes for the Morning Star from the Palestinian enclave 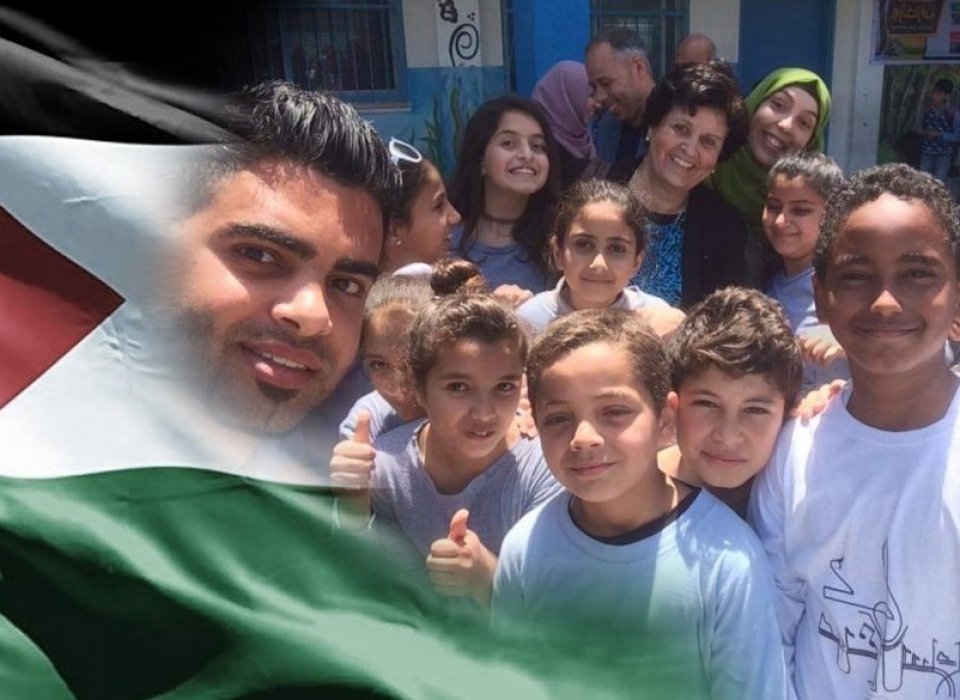 I am writing from Gaza from where I send my best wishes for a Merry Christmas and a Happy New Year. I wish for health and safety for all the world’s citizens, who are united at the moment against the Covid-19 pandemic. Although the effects are different from one place to another, it reminds us that we are all part of the same human community, wanting good health and living conditions for everyone.

The pandemic affects everyone regardless of their race, sex, religion and their social, ethnic, political and economic status. However we must remember how class affects the severity of the suffering, and how much harder it is for people in conflict and war zones, where the need is so high and the situation is so dire.

I live in one of those areas in Gaza, Palestine. 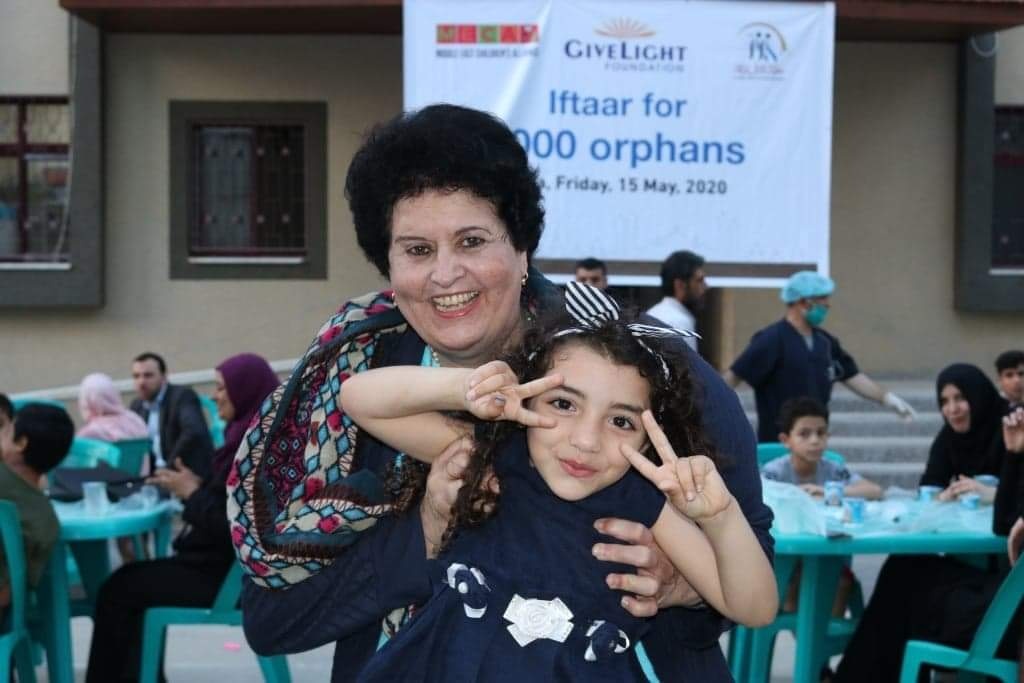 The Covid-19 virus came on top of a drastically deteriorating humanitarian situation in Gaza, with a lack of proper infrastructure, clean water, power, food and jobs. The health situation is so serious, with a shortage of 70 per cent of medical supplies, including basic medicines, cancer treatments, renal medicine, oxygen, as well as a hugely insufficient number of respirators and trained staff to deal with the severe cases.

The burden is so heavy for all of us who are working to alleviate the suffering in this complicated situation, and with the work we do with the Middle East Children’s Alliance (Meca) we have had mobile teams providing for people locked down in their homes with basic hygiene materials and food and medicine, or relaying information and advice from afar. The isolation is extremely difficult to manage, where the majority of households in Gaza are impoverished, with tin roofs and usually very crowded.

The hospital beds at the moment are at full capacity with 100 per cent occupied by the most severe cases. One of the most important aspects of the work is increasing the awareness of the population in order to avoid needless transmissions of the virus.

Despite facing all that I have mentioned, we still lack safety inside our homes because of Israel’s siege of our land, air and sea borders which continues unabated, even when it is clear Gaza is one of the least equipped places to deal with the Covid-19 virus. Drones circle above our heads, the Israeli occupation navy boats continue to fire against Gaza’s fishermen in the sea, and tanks, jeeps and snipers fire against the farmers who are trying to reach their land to the East of Gaza.

This is not the first time we have worked within a crisis. But it is the first time that the world understands what being locked down means, touching on some of what we have been forced to endure for 14 years under Israel’s blockade of Gaza, and for 72 years since the occupation and ethnic cleansing of Palestine in 1948.

We are not weak and we are thankful that we are never alone or forgotten by so many supporting us on our path towards freedom and social justice, ever since Palestine was removed and replaced by Israel during the last days of the British mandate in Palestine.

We struggle in different ways and for us one of the most crucial ways is through the international movement in solidarity with us, notably including some of the selfless work of different Palestine Solidarity Campaign (PSC) groups in parts of England, Ireland, Wales and Scotland. Our most recent delivery of medical supplies was funded by Manchester PSC and Sheffield PSC.

This struggle is a long-term, continuous endeavour, and a political message that despite those who oppose our freedom, is succeeding in raising awareness of what is happening in Palestine to the many around the world previously denied our narrative. Elevating our voices is crucial, whether from Palestinians under occupation and siege, to the Palestinians in the refugee camps in neighbouring countries or those in the diaspora — our story should beam from Palestinians inside and outside of Palestine.

With the effect of the US, the lone superpower, supporting Israel’s subjugation of Palestine, helped by Western allies such as Britain and lately the new Arab relationships with Israel, it is important for us during our struggle to know that we are not alone and never forgotten.

In Britain the support for us is large, it is part of a global movement against injustice and towards peace and freedom, against the apartheid practices in Palestine, land confiscation and continuous attempts to delete or erase our culture and our existence on our land.

The international boycott, divestment and sanctions movement of Israel is growing, and as with South Africa it is an effective tool. It is vital to join the protests against those companies and institutions most linked to Israel’s oppression in Britain such as Puma, JCB, the JNF and against Israel’s arms suppliers and factories. Despite geopolitical differences, Palestine is, like South Africa, very much another piece of the universal struggle against colonisation and imperialism, which I believe is the natural path of capitalism.

Here in Palestine, this solidarity helps motivate those living here, especially when our work connects with those of different backgrounds: the youth, children, women, farmers, the elderly and everyone who continues to exist against the enormous attempts to drive us out. We must find new ways to encourage steadfastness in each other, to stay on our land and to resist their mission to make our life so difficult.

The recent generous donation from Manchester PSC and Sheffield PSC helped supply locked-down families with much needed medicine and hygienic necessities. Both groups have been a great force for solidarity for many years, among many others in Britain whose work is much appreciated. 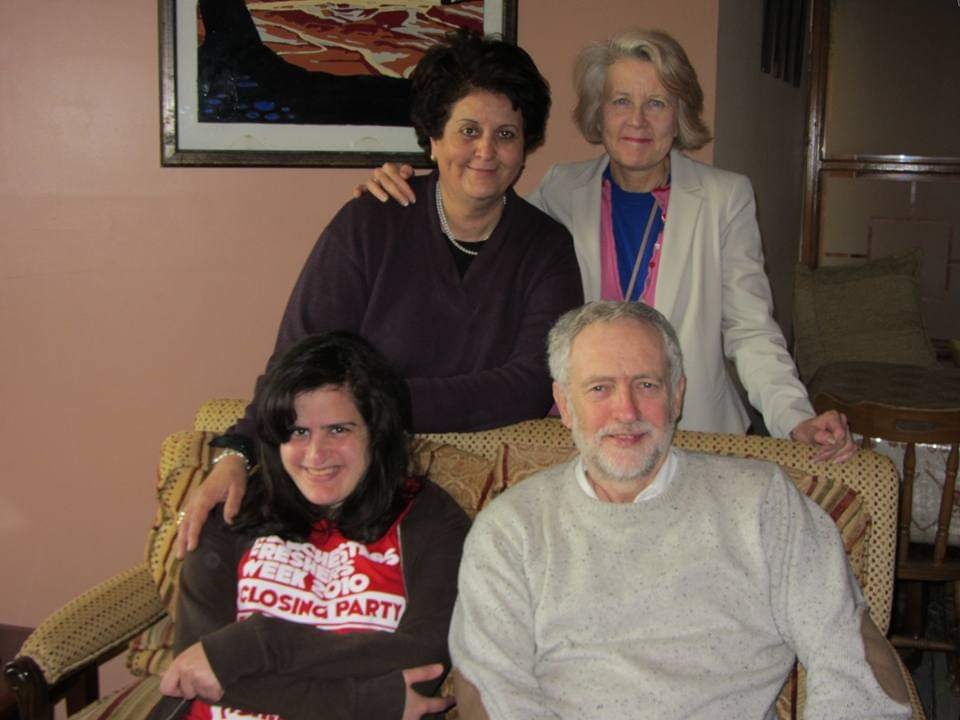 We are regularly in touch and I always make every effort to transmit that moral support to those on the ground here — which makes a huge difference. Every contribution no matter how small is impactful, especially when it is solidarity not charity, unconditional support, unlike other agenda-based charities that too often curry favour with the occupation.

Personally I myself contracted the coronavirus, and I am only just recovering from it. Although I suffered and had other health problems to deal with, I knew it was worse for others in Gaza — thinking about them while I was in isolation was a constant source of pain.

The poor people who live in the streets, in camps, or in overcrowded, dilapidated houses. How could they afford their basic needs? How would they get food on a daily basis? How could they socially distance and cope with Gaza’s cold winter?

We followed up with Meca health, psychosocial, educational, and relief projects that are implemented by our local partners. We are now finished with the last set of scholarships for young women to go to University, and our partners distributed food baskets and hygiene kits to families.

They also implemented a project called “A Warm Winter,” which provided about a thousand clothing packages to the needy as well as assistance to a number of families quarantined in their homes.

During the 2014 Israeli assault against Gaza, I lost nine members of my cousin’s family including four children. Others still grieve the thousands of loved ones killed during those 51 days, and those we have lost both before and after the bombing of that year. We fear it will happen again, and we depend on the united struggle here and around the world to stand against it.

It is very important for British people to know that solidarity with a just cause does not mean that we are anti-semitic. The injustices are real and it is a duty to oppose them. In the end we want a future where we all live in freedom on one land, a truly democratic state for all based on justice and equal rights no matter the religion, ethnicity, sex or background.

Finally I send you our love from Palestine to all of you in Britain, many of whom are facing your own challenges right now. I extend an invitation to you all to come and visit us in Gaza, when there are no more lockdowns or sieges and you can come and enjoy our food, our hospitality, our culture and our warmth. It is not a utopia that this simple freedom may one day be shared by us too.

Dr Mona El-Farra is a Palestinian activist and Meca Projects Director in Gaza. 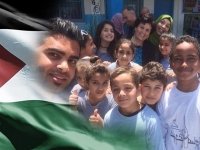