Editors note: Kyle Meyaard-Schaap is national organizer and spokesperson for Young Evangelicals for Climate Action. He is ordained in the Christian Reformed Church in North America and is a Public Voices Fellow of the Op-Ed Project and the Yale Program on Climate Change Communication. The views expressed here are his own. Read more opinion on CNN.

(CNN) - Much of the American West is on fire, Atlantic hurricanes have exhausted the alphabet two months early, and along the way climate change has once again muscled its way back into the national conversation.

For this, we largely have young people to thank. Compounding natural disasters, staggering property damage and heart wrenching loss of life have flown too comfortably under the radar for years. Election cycle after election cycle passed by with barely a climate mention. Then the kids organized. Only now -- after millions of young people have been striking, sitting in and turning out to vote more than in the past -- is climate change a major election issue.

Among this growing throng of youth climate activists are some you might not expect: young evangelical Christians.

The organization I work with, Young Evangelicals for Climate Action, educates and mobilizes young evangelical Christians across the country to take action to address the climate crisis. Over the last several years, I have had hundreds of conversations with young Christians about how our faith should inform our pursuit of climate justice. A common narrative runs through almost every story I hear.

It goes something like this. A young Christian is raised in a close family, is regularly involved in various church activities and often even attends a Christian K-12 school. She is taught values like compassion, love of neighbor and a high view of scripture. Yet, she is handed few tools for how these values should be brought to bear in the public square. Her political formation is uneven, mostly implicit and almost wholly yoked to Republican politics.

Because no political party can completely capture the fullness of the values she was taught, her community's embrace of partisan politics creates in her dissonance and disillusionment. The tension is most pronounced when it comes to issues that seem so clearly close to the heart of God -- like environmental protection and the humane treatment of refugees and immigrants -- yet seem so far from the political priorities of her community.

Sometimes there is a breaking point. For many White evangelicals, it was the 2016 election when, according to Pew, eight in 10 of our parents, grandparents, classmates and neighbors voted for President Donald Trump.

Case in point: in 2017, I brought a group of 20 or so Christian college students to meet with staff in Senate Majority Leader Mitch McConnell's office. When asked how many of them were Republican, student after student shared how they had grown up conservative and still held many conservative values but could not claim the Party because it had left them behind on climate change.

For young Christians to say this inside the office of one of the most powerful Republicans in the country is significant. It is a direct challenge to the majority of leaders within institutional evangelicalism -- including many of our own pastors and denominational leaders -- who remain fully aligned with the Republican Party.

The challenge of bringing our values to bear in the public square is nothing new, and it is not unique to Christians. We all possess nuanced values that do not fit neatly into the binary two-party system of modern American democracy. Yet for young evangelicals, this task is especially hard. It includes the potential for alienation from friends, family and worshiping communities. Psychology tells us what we all intuitively know: isolation from those we love is painful, and we avoid it if we can.

Like most of society, the US church is badly polarized. Political differences are driving a deeper and deeper wedge between the faithful in all major Christian traditions -- whether Catholic, mainline Protestant, or evangelical. Yet, the church is not merely one more social club filled with like-minded individuals. At its best, it is a community whose roots run deeper than politics. It is grounded in story -- both the big story of God's saving work in the world and all the smaller stories of how God's transforming power is showing up in the lives of God's people. Telling these stories to one another and to the wider world is what many evangelical Christians call testimony.

Young evangelicals across the US are harnessing the tradition of testimony in their communities to tell the story of how God is empowering them to address climate change as an act of love toward God's world and toward their neighbors. They are grabbing microphones in front of their churches, leading Bible studies, navigating fraught holiday conversations and going out for coffee with their grandfather and his skeptical friends. And it is changing hearts and minds.

This "in-house" work is matched by young evangelicals' burgeoning climate activism in wider society. Young Christians are writing op-eds, marching in the streets, and meeting with their elected officials. Students are starting clubs on their Christian college campuses to educate and organize their peers, even transitioning to digital organizing and video group meetings in the era of Covid-induced distance-learning.

And this year, they are getting registered and making plans to vote. Republicans have been able to comfortably rely on evangelical votes for decades, largely by claiming the moral high ground on abortion. Abortion still factors significantly in the electoral calculations of many young evangelicals. Yet more and more, it is being incorporated into a more holistic ethic of life that recognizes climate change and the inhumane treatment of refugees -- among others -- as threats to the sacredness of life too.

Candidates and elected officials may want to take notice. Though our parents and grandparents have dictated evangelical political prerogatives in the past, Millennials and Gen Z are ascendant. Almost 40% of eligible voters in 2020 will belong to these 40-and-under generations, according to Pew. Also, according to Pew, among the quarter or so of all 2020 voters who will be evangelical, one-sixth of them could be younger than 30. In elections as close as November's is shaping up to be, those margins can turn into landslides.

And even though younger voters have not historically turned out in the same numbers as our elders, that may be changing too. According to the Census Bureau, turnout among 18-29-year-olds jumped 79% between 2014 and 2018 and what my colleagues and I are seeing on the ground in our work points to a cohort that is unusually motivated to have their voices heard at the polls this year. This crop of young voters -- shaped by childhoods overshadowed by endless war, historic recessions and the existential threat of ecological collapse -- may be poised to become the exception that proves this rule.

If so, count on young evangelicals to play our part, both in 2020 and beyond. We've grown weary of the current expression of evangelical politics, stoked by Trump's Republican Party, that seeks to convince us that faithful civic engagement is a black and white, "us vs. them" proposition where danger to our way of life lurks around every corner and that our overriding political concern should be our own cultural power and comfort rather than advancing the good of our neighbors.

Many of our peers have simply left the evangelical tradition behind, fed up with how selfish some of the followers of our famously selfless Savior have become. Those of us who remain are fashioning a new way forward. One steeped in evangelical values, marked by unapologetic testimony, and shaped by a holistic ethic of life that understands climate chaos, the abuse of immigrants, the demonization of our LGBTQ neighbors and the termination of unborn life as equal assaults on the image of God. 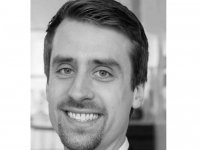