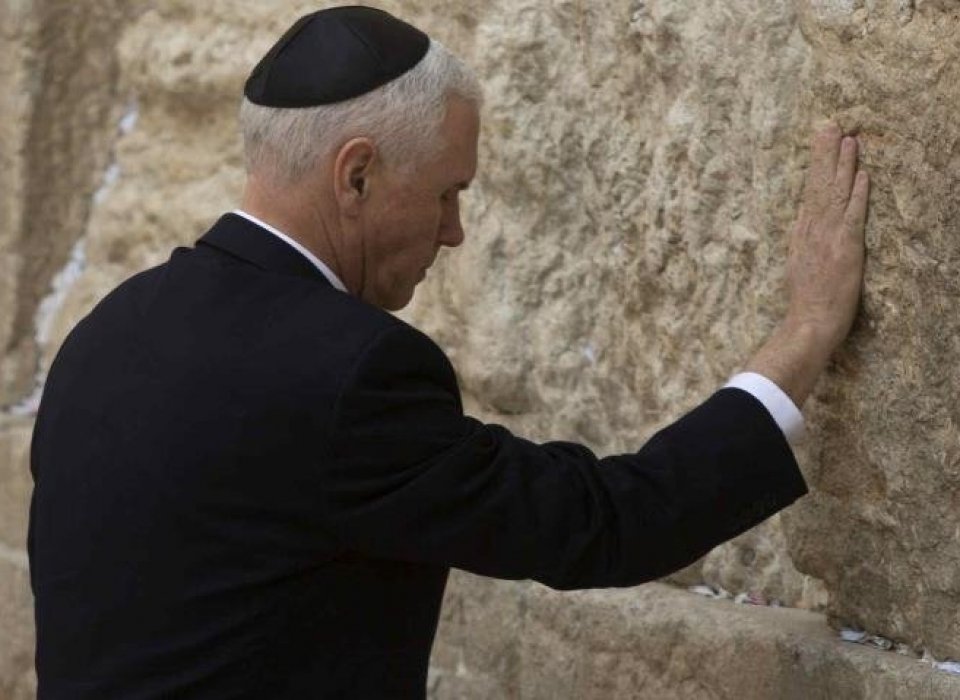 Wearing a Jewish skullcap, Pence approached the wall and placed a small white note of prayers in its cracks.

Reporters covering the event were highly critical of "Western Wall rules" that had separated men from women.

"This discriminatroy attitude towards women is infuriating and inappropriate in a modern country," Globes reporter Tal Schneider told Haaretz.

Women journalists are prevented from covering #Pence. We are kept separate from men & behind them. White House staffers explain it is “Western Wall rules.” pic.twitter.com/KZcsdGqD2M

In March the evangelical Pence attracted controversy after a Washington Post article revealed the vice-president never dines alone with a woman who is not his wife.

Today’s Western Wall visit, on Pence’s final day in the Middle East, was yet another crisis in an already-controversial trip.

During a high-profile Monday speech to the Knesset announcing plans to speed up the opening of the US Embassy in Jerusalem – by the end of 2019 – several Arab lawmakers raised signs that said "Jerusalem is the capital of Palestine" before being forcibly removed from the premises.

Palestinian President Mahmoud Abbas refused to meet with Pence during his trip and Palestinians observed a general strike on Tuesday, shuttering shops, public transport, banks and much of the public sector.

Fatah official Jamal Muheisen told the Voice of Palestine that the strike marks "the beginning of our popular peaceful struggle" against the Jerusalem decision.

Jerusalem remains a central dispute in the decades-old Arab-Israeli conflict - Trump’s December announcement was a rebuke of longstanding US policy and international consensus that the city’s status should be decided in future negotiations between Israel and the Palestinians.

Palestinian leaders have pre-emptively rejected any peace proposal floated by the Trump administration. 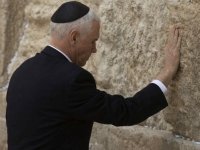