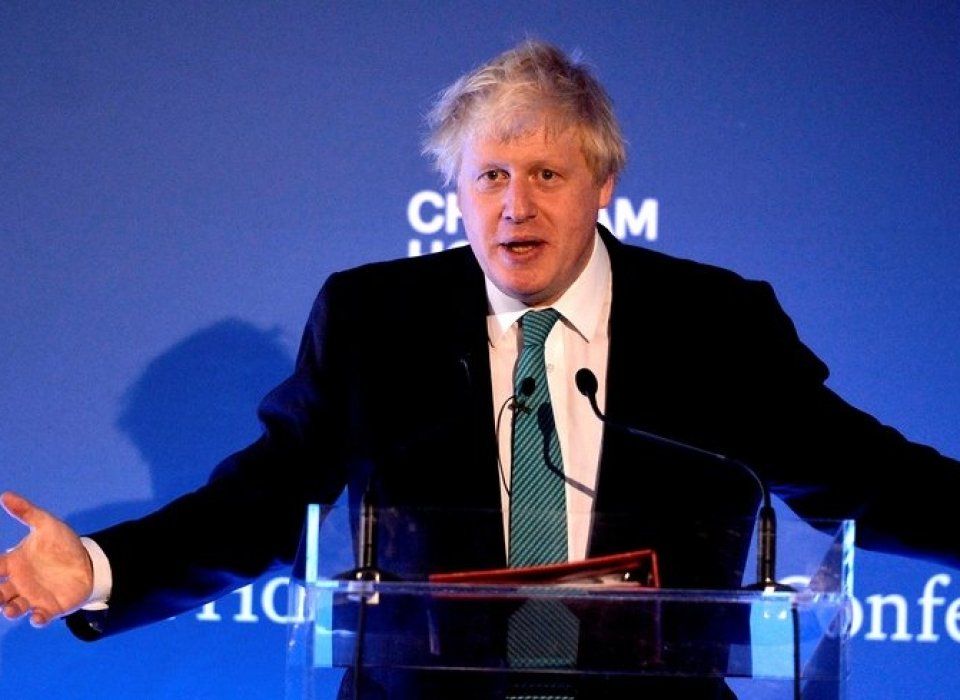 Since then, the British government has continued its staunch defense of the 2015 Joint Comprehensive Plan of Action (JCPOA). Speaking at the Chatham House London Conference on Oct. 23, Foreign Secretary Boris Johnson praised the JCPOA’s achievements in curbing Tehran’s path to a nuclear weapon. While expressing apprehension over Iran’s regional behavior, Johnson prescribed further engagement with Tehran and warned against disrespecting the Iranian population — a subtle reference to Trump’s inflammatory rhetoric. Given May’s emphasis on maintaining good relations with Trump, not least to secure a trade deal with the United States following Britain’s departure from the European Union, the UK’s vocal support for the JCPOA is particularly significant, marking a shift from the prime minister’s previous Trump strategy and the making of an independent British foreign policy toward Iran.

Britain’s support for the JCPOA is justified. The global nuclear watchdog, the International Atomic Energy Agency (IAEA), has repeatedly verified that Tehran is fulfilling its nuclear obligations. IAEA chief Yukiya Amano on Oct. 30 yet again confirmed that the “nuclear-related commitments made by Iran under the JCPOA are being implemented.”

Unable to critique Tehran on the implementation of its commitments under the nuclear deal, Trump has cited Iran’s regional behavior as the primary reason for his decision to decertify that Iranian compliance with the JCPOA meets congressional requirements.

However, the JCPOA relates only to Iran’s nuclear program and nothing else. Under the deal, Tehran agreed to scale back its nuclear program in exchange for the lifting of nuclear-related sanctions. The JCPOA is simply irrelevant to other outstanding issues between the West and Iran such as Iran’s regional behavior, missile testing or domestic human rights violations. This explains why sanctions relating to non-nuclear issues remain in place. In an interview with this reporter earlier this year, Sir Simon Gass, the UK lead negotiator during the nuclear talks with Iran and former British ambassador to Iran, strongly emphasized that Tehran’s regional policy was “completely off the table” during the nuclear talks, stressing that the JCPOA was exclusively about Iran’s nuclear program.

Addressing the All-Party Parliamentary Group on Iran on Oct. 24, Middle East Minister Alistair Burt reiterated Gass’ remarks, saying, “The UK never took the view that this was an all-encompassing deal that dealt with every article of disagreement between the UK and Iran.” Speaking in the House Commons, Burt underlined that although the UK shares concern over Iranian behavior in the Middle East, Tehran’s regional policy was “not part of the JCPOA,” adding that the nuclear deal presents an “opportunity” to work on other disagreements with Iran.

As expected, Trump has hit back at the European defense of the JCPOA. Tweeting shortly after the Oct. 13 joint statement issued by Britain, France and Germany, the president accused the supporting parties of the nuclear deal of “making lots of money on trade with Iran.” Contrary to Trump’s claim, however, major trade deals between Britain and Iran have been few and far between. This is primarily because, despite the lifting of international sanctions, major banks are still reluctant to handle Iran-related transactions. In July, parliament member Richard Bacon, chairman of the All-Party Parliamentary Group on Iran, told me that senior officials at the Bank of England had made it clear to him that “at present, no major Western bank seeks to facilitate trade with Iran due to primary US sanctions that still remain in place.”

Moreover, in late October, former Foreign Secretary Jack Straw underlined to me that “virtually none of the Department for International Trade’s 500 million pound line of credit for Iran has been used, almost certainly due to US pressure on the banks.”

The absence of banking facilities has prevented Iran from enjoying the full benefits of sanctions relief in the way agreed to under the terms of the JCPOA. Therefore, as Straw said, while there is “not a shred of evidence” that Iran is not implementing its side of the deal — as confirmed by the IAEA — it is the West that is failing to implement its side of the bargain by not providing adequate banking provisions to facilitate trade with Iran. This argument is beginning to gain resonance in both Westminster and among frustrated city businesses, which view Iran as a key target economy.

Beyond this point, however, the lack of trade between the UK and Iran since the JCPOA proves that contrary to Trump’s assertion, Britain’s defense of the nuclear deal is not about economic interest; rather, it is grounded in principle.

With all this in mind, the UK’s support for the JCPOA should not go unnoticed — not least by Iran’s leaders. Iranian hard-liners often blame the failure of the 2003-2005 nuclear talks between Iran and the EU3 on Britain’s reluctance to diverge from then-US President George W. Bush’s hawkish position on Tehran. This may be unfair, but at least Iran should acknowledge that now the UK has not only split with the US position but is also proactively challenging it.

Sir Peter Westmacott, former British ambassador to the United States, told me late last month that British diplomats were again lobbying Congress to dissuade it from reimposing nuclear sanctions on Tehran, which would de facto kill the JCPOA; the diplomats are doing so just as the six world powers that negotiated the deal with Iran did two years ago when there were strong moves on Capitol Hill — encouraged by the Israeli government — to strangle the deal at birth. Johnson also traveled to Capitol Hill on Nov. 8, where he urged congressional Republicans to stick to the agreement. Johnson is now preparing to visit Tehran to discuss the release of a dual citizen imprisoned in Iran. While there, it is likely that he will reiterate the UK’s commitment to the nuclear deal.

Iran’s Supreme Leader Ayatollah Ali Khamenei has frequently referred to the nuclear agreement as a test to see if Iran can trust the West. And while it is true that the Trump administration has broken this trust, Britain, France and Germany have kept to their word. Given the nature of the special relationship between the UK and the United States, however, it is London more so than Paris and Berlin that could prove essential in determining the fate of the JCPOA.

Kasra Aarabi works as a coordinator and researcher for the All-Party Parliamentary Group on Iran at the office of UK Parliament member Richard Bacon. He previously worked as a parliamentary researcher for former Foreign Secretary Jack Straw. Kasra holds a bachelor's degree international politics and a master’s in international relations, both from King’s College London. On Twitter: @KasraAarabi 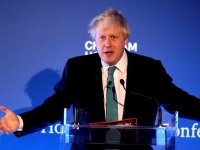