This summer in Bahrain, Jared Kushner's plan for a bright new economic future for Palestine was announced. This plan, however, not only does not include a solution to the political challenges in the region (that's anticipated to come this fall), but it follows on the heels of rumors that the Trump administration has been considering alternatives that do not include a two-state solution to the Israeli-Palestinian conflict. 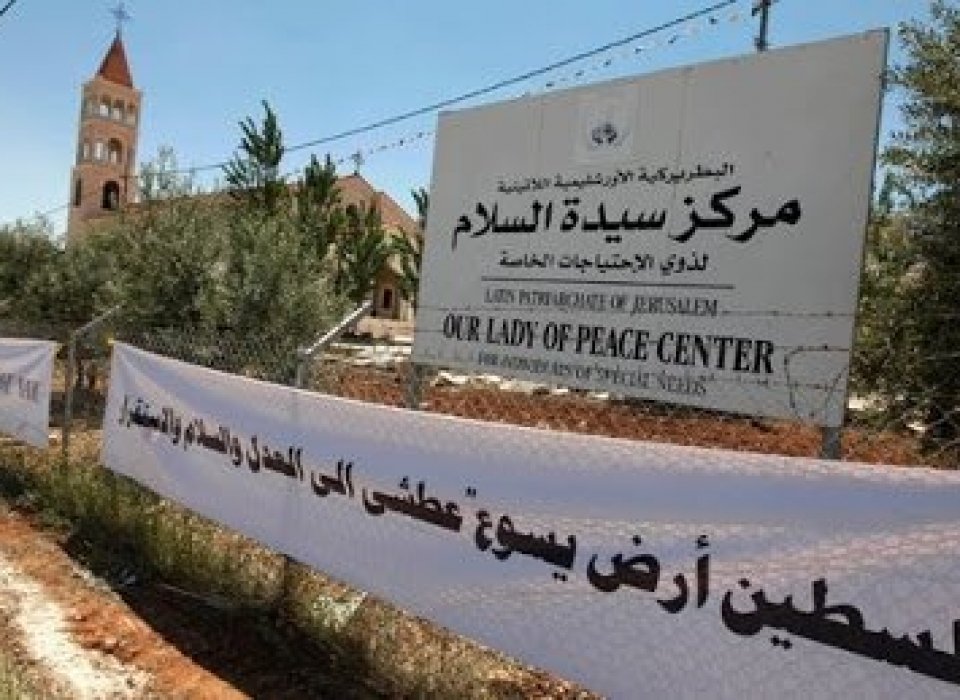 A sign with Arabic writing 'Palestine the land of Jesus is eager for justice, peace and stability' is seen at the Lady of Peace church. | (Photo: AP / Nasser Nasser)

If the rumors are true, this would be a remarkable shift from the approach of previous administrations. But whatever emerges over the next few weeks, what’s clear is that the Trump administration is very keen to please evangelicals with its peace plan. Evangelicals comprise a critical voting bloc for Mr. Trump. Roughly one-quarter of the U.S. population is evangelical, and the majority support the state of Israel for both theological and political reasons.

As an evangelical, a former missionary, a dual U.S.-Jordanian citizen of Palestinian origin, and a psychologist who has spent the past two decades working with an evangelical organization to  help refugees to recover from trauma, I urge my evangelical brothers and sisters in the U.S. to support the establishment of a future Palestinian state alongside Israel.

First, the two-state solution is good for Israel. The only viable solution for Israel to simultaneously remain distinctively Jewish and truly democratic. Israel cannot and should not continue to control the fate of millions of Palestinians in the West Bank and Gaza, who are under the control of the Israeli government but denied the right to vote in Israeli elections. In these conditions, Israel is a Jewish state with a marginalized and disenfranchised minority, dominated by one language (Hebrew), one ethnicity (Jewish) and a political vision rooted in exclusivism, discrimination and fear that only breeds further resentment.

Second, evangelicals should support a Palestinian state for the sake of Palestinians. Many evangelicals support Israel for theological reasons. Many believe that God’s covenant with the people of Israel continues until today, through the modern nation-state of Israel, and that Israel has an important role to play in the last days. However, this doesn’t necessitate an either/or approach, in which Israelis are favored at the expense of Palestinians. Instead, evangelicals’ approach should be shaped on biblical commands to love Palestinians as people who are also made in God’s image.

Palestinians have suffered tremendously in the last seventy years. Their aspiration to have their own state in which they can prosper and travel freely should be respected. Palestinians experience injustice on a daily basis. Christians cannot and should not overlook this reality. Peace and harmony can only be achieved through two states living beside each other, fully respecting one another’s rights and equity.

Third, evangelicals should support a Palestinian state for the sake of their brothers and sisters in Christ. Many evangelicals don't know that there are Christians in Palestine and the Middle East who have actually lived there for centuries. Since I moved to the U.S., many of my evangelicals brothers and sisters have asked me, ”How did you become a Christian?” I enjoy seeing the look of surprise on their faces when I tell them my family’s conversion was probably sixteen centuries ago.

The number of Palestinians in the Holy Land has dwindled during the Israeli-Palestinian conflict. It was estimated that 8% of Palestinians were Christian when the conflict started in 1948. Today, that number is less than 2%. While the rise of extremism threatens Christian Palestinians just as it threatens other Christians in the region, the occupation of the Palestinian territories is the main reason for this decline. Many Palestinian Christians face ethnic discrimination from Israelis, which prompts them to relocate in hopes of a better life for themselves and their children.

Finally, supporting an independent Palestinian state is the moral and biblical thing to do. Evangelicals who pray daily for God’s kingdom to come here on earth as it is in heaven should long for peace, truth, and reconciliation in the region. As an evangelical brother, I do not ask you to stop supporting the state of Israel. Rather, I ask you to expand your hearts to embrace your Palestinian brothers and sisters in the Lord and support their claim as well. The true blessing does not come from taking one side, but from bringing peace to the Holy Land. “Blessed be the peacemakers,” Jesus said, “for they shall be called the children of God.”

Dr. Issam Smeir is a trauma psychologist and the co-author of Seeking Refuge: On the Shores of the Global Refugee Crisis (Moody Publishers, 2016). 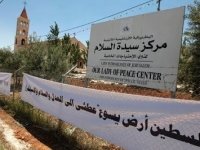