What’s It Like Being a Left-winger at AIPAC? Not as Rare as It Used to Be

At an opening night reception, progressive U.S. Jews say they are determined to make their voices heard within the conservative lobby group, even if it means being surrounded by people cheering VP Mike Pence 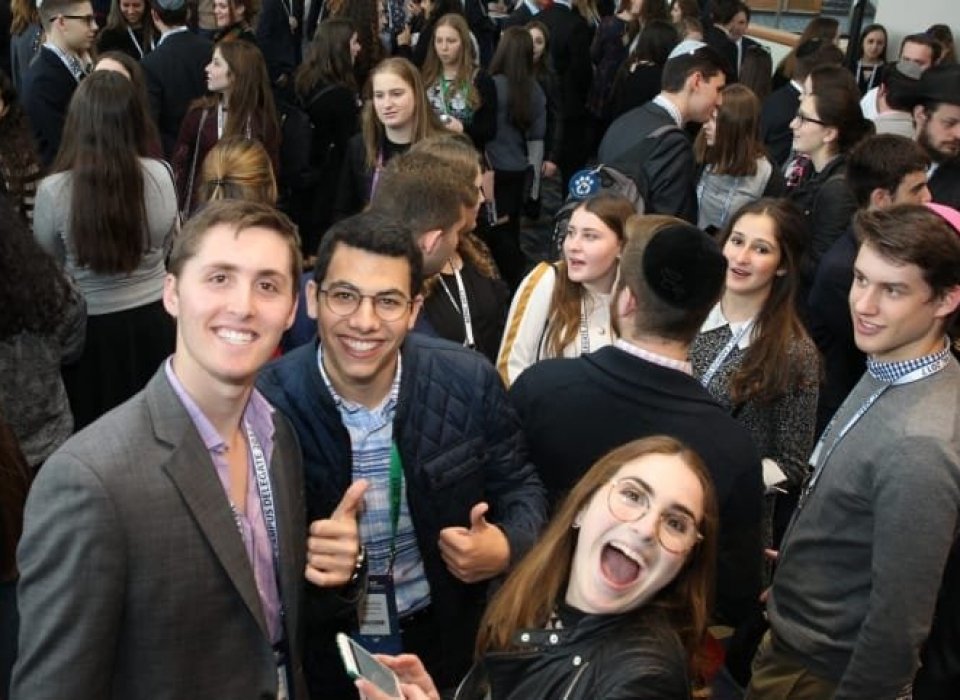 WASHINGTON – At first, the crowded ballroom didn’t look that different from the many spin-off receptions on the first evening of the American Israel Public Affairs Committee Policy Conference. The hors d’oeuvres were passed, the wine and cocktails flowed freely at the Renaissance Hotel. But the nature of the conversations in the crowd and the remarks at the podium pointed to the fact that this wasn’t a typical AIPAC event.

For the fourth year in a row, young staffers at the pro-Israel lobby had put together a “Peace Builders” reception, with the stated aim of “celebrating champions of coexistence and honoring the work of peace builders from Israel and the West Bank.”

The names on the invitation included peace and coexistence groups such as the Peres Center for Peace, Women Wage Peace, Givat Haviva and Darkenu, who were all present at AIPAC to participate in panels and breakout sessions.

At the reception, they mingled with progressive-minded AIPAC members. Spotted in the group were Israeli opposition politicians like Labor Party Chairman (and aspiring prime minister) Avi Gabbay, fresh from his first AIPAC address on the main stage, along with fellow party member MK Ksenia Svetlova and the Obama administration’s former ambassador to Israel, Daniel B. Shapiro.

The tone at the reception was so striking that it led Gabbay to remark: “I hope and believe that when I am prime minister of Israel, the session on peace will happen at the plenary and not here.”

The event was a concrete example of a quiet but persistent and growing effort inside AIPAC in recent years. While it has always preached political bipartisanship, there is a new recognition that in order to maintain relationships in this deeply divisive era – and hold onto its place in mainstream American-Jewish life – AIPAC must actively push back against its image as a hard-line, knee-jerk supporter of both President Donald Trump and Prime Minister Benjamin Netanyahu.

The peace and coexistence groups at the reception, who were actively courted to attend, aren’t strangers to AIPAC audiences: They also regularly address AIPAC delegations whenever they visit Israel.

“They see the polls and they see where young American Jews are right now. They see many of them are completely disgusted by Trump, and they see the growth of J Street,” she said, referring to the pro-Israel, pro-peace U.S. lobby group. “I think it’s a very genuine response. It’s an effort to include what they have to acknowledge is a very big, if not the bigger, piece of the American-Jewish community.”

One thing the invited Israelis (including Scheindlin) and American Jews had in common at this particular reception was an initial ambivalence and hesitation when deciding to make the trip to be part of the AIPAC event. On both sides, they faced criticism from friends in progressive political circles, who see the organization as a bastion of right-wing Republican big donors with a knee-jerk reflex to support Israeli government policies, no matter how objectionable.

They also see it as one that is increasingly cozy with pro-Trump and pro-Israel evangelical Christians, whose politics they view as dangerous both on the U.S. domestic front and when it comes to Israel.

Demonstrators protesting against AIPAC Policy Conference in Washington, March 4, 2018. There were no Jewish protest groups outside on the opening day, unlike in 2017.\ SOCIAL MEDIA/ REUTERS

Last year, several hundred young Jewish-American activists marched outside the AIPAC conference protesting the occupation and Israeli settlement policy, carrying signs like “Jews won’t be free until Palestinians are – reject AIPAC.” Some even chained themselves to the entrance of the conference center. (This year, at least on the first day, protests were limited to the usual pro-Palestinian groups that typically demonstrate outside the conference.)

“I had conflicted feelings about showing up,” said Rebecca Proza from Northern California. “It’s not easy to be a progressive and come here. You read the news and ask, ‘Do I really want to be involved with AIPAC, [which] often looks like it blindly supports Israel no matter what its policies are?” Ultimately, she decided to do it “because we need progressive voices inside AIPAC,” she said. “We need to have dialogue. I think there is a way to be on the same side. I believe we need a Jewish state and Israel has a right to exist. But I also believe strongly in human rights and Palestinian rights, and I believe that being pro-Palestinian is being pro-Israel.”

Monica Blitzer, a young activist from New York, said she also debated whether to come to AIPAC and “talk to a lot of people I don’t agree with.” Once here, though, she said she was glad she came.

Both women said they were braced for an uncomfortable feeling when the 18,000-strong crowd at the Walter E. Washington Convention Center rises for leaders like Vice President Mike Pence, likewise the pro-Trump views of many AIPAC leaders and rank and file. “This is, after all, an administration that is fueling anti-Semitism, racism and homophobia,” noted Proza. “I’m here because I support Israel and learn more to be a stronger advocate. But I’m here, and our side staying involved and in dialogue is the only way we can get bipartisan bills through Congress.”

That’s a message the organization’s president, Fridman, stressed in his maiden speech on the main AIPAC stage on Sunday. He said the organization must “forge and maintain unity in an age of disunity,” and while acknowledging that “people are angry and hurting and frustrated and fed up,” they must not “retreat to partisan corners” and “demonize the other side.

“To my friends in the progressive community, I want you to know we are partners in this project,” Fridman told AIPAC delegates. “The progressive narrative for Israel is just as compelling and critical as the conservative one. There are very real forces trying to pull you out of this hall and out of this movement, and we cannot let that happen – we will not let that happen!”

In order to lobby Congress effectively, he said, AIPAC needed to be more, not less, committed to “double down on our bipartisan ideology. We must create the space to come together.”

Telling the AIPAC attendees to look to their right and left, and recognize “that person may be from the other political party,” he said they must acknowledge that “you need their activism as much as they need yours,” in order to “keep America and Israel safe.”

On AIPAC’s “lobby day” on Tuesday, when AIPAC activists head to Congress to speak with their representatives, they needed people who would be heard on both sides of the aisle, he said.

At the Peace Builders reception on Sunday, remarking on the coverage in the American-Jewish media of his outreach to pro-peace and coexistence progressives, and support for a two-state solution, Fridman said he was surprised it was “news to the press that AIPAC is very interested in peace – and we are. We are also deeply appreciative of what everyone in this room is doing.” 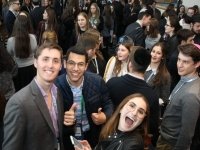