“We Will Not Serve in Your Army!” Orthodox Jews in Jerusalem Beaten, Arrested for Refusing Draft

While U.S. President Donald Trump’s announcement to move the Israeli embassy from Tel Aviv to Jerusalem has dangerously fueled an international powder keg, another keg is burning in the heart of that city. 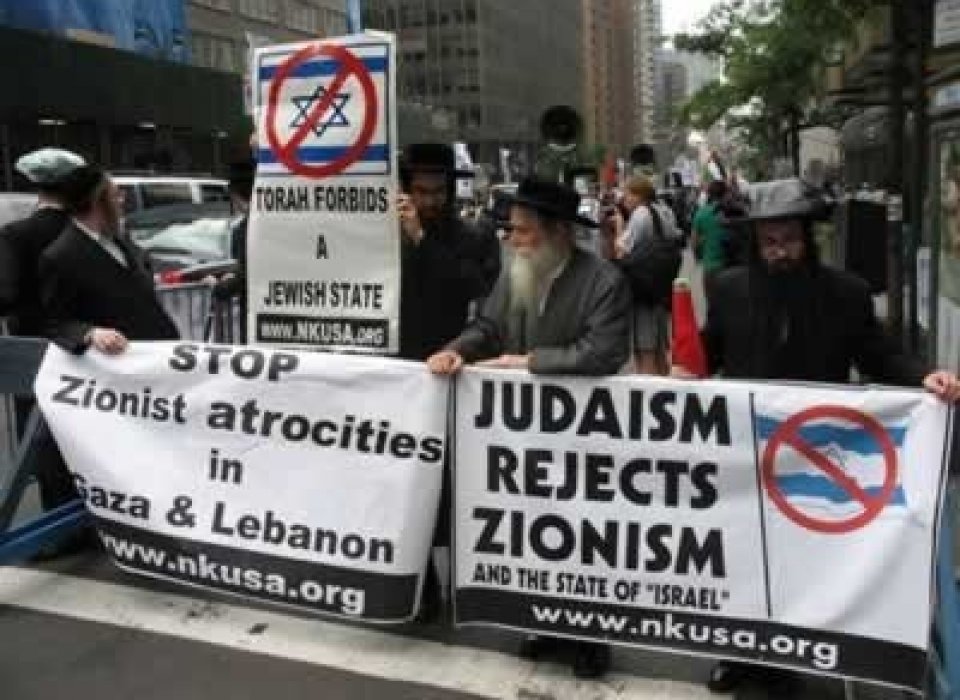 In an ongoing act of principled civil disobedience, the Ultra-Orthodox community in Jerusalem is standing strong in its resistance to serving in the Israeli army. Even as they are met with shocking police brutality, thousands of members of this community, known as the Hareidi community, chant and hold signs saying “we will not serve in your army.” Rabbi Hirsh in Jerusalem told me that the [Israeli military] is seen by the community as an army of occupation that wages needless wars and oppresses the Palestinian people.

Twenty thousand members of the Hareidi community in Brooklyn, New York recently gathered to pray and protest in solidarity with their brethren in Jerusalem.

Who are the Hareidi? Why do they refuse?

The Hareidi communities around the world — including the one in Jerusalem, which has existed in the city’s neighborhood of Me’a Sha’arim for close to two hundred years — were opposed to the creation of a Jewish only state in historic Palestine, and today they stand in opposition to a new ruling forcing them to serve in the Israeli army.

From the early years of the 20th century, the major Rabbis who represented these communities fought hard to demonstrate that Zionism does not represent Judaism and that establishing a Jewish state in Palestine would only bring violence and instability, and in fact, contravenes Jewish law.

But their calls were not heeded and their warnings went largely disregarded the Zionist project went forward and the Jewish state was established.

When the State of Israel was established in 1948, the Hareidi community was faced with a reality in which, contrary to their wishes and beliefs, they became citizens of this new state.

For them, serving in the Israeli army was tantamount to sacrilege. The Israeli army is a completely secular institution and, although there is a chief Rabbi and some Jewish laws are loosely observed, it is an environment which no Hareidi Jew could survive without giving up his religious identity and way of life. The one main issue that is raised more than any other is the prohibition on waging war.

The Israeli government consequently decided that the Hareidi community would be exempt from the mandatory draft to which all other Israeli citizens were subjected.

To secular Israelis who view themselves as modern, the Hareidi community seems backward and strange. One custom that angers Israelis is that on the Israeli day of independence the Hareidi neighborhoods regularly burn the Israeli flag. As one walks through Me’a Sha’arim neighborhood one can see many signs with Palestinian flags that say: “This is Palestine.”

Furthermore, there is a sense that, even though most members of the Hareidi community refuse to accept state services, they are nonetheless a burden on the state — that they are parasites who must be forced to “contribute” as all Israelis do.

Over the years the conscription of the Hareidi community became more and more politicized in Israeli secular circles, to the point where politicians began to feature it as a campaign promise, using the slogan “equal burden.” But it was a hollow promise because there was no real desire to open this Pandora’s box and alienate the Hareidi community, and it was a fight that the state knew it could not win. But the political pressure continued gradually to mount and what was merely a campaign slogan became a real threat to the status quo.

In 2014 Israel passed a law mandating that, under certain conditions, Hareidi boys would have to serve in the military. This was met with an impressive show of force by the community. Huge acts of nonviolent protest and civil disobedience erupted, bringing hundreds of thousands into the streets.

The main Rabbis of the community published a decree stating that any attempts to draft Hareidi men into the army were to be met with total and uncompromising refusal.

However, the 2014 law was found to be discriminatory and in 2017 the Israeli Supreme Court, agreeing that the law “that the law perpetuates inequality between secular youths who are required to enlist in the army and religious youth who are exempt,” struck down down the exemption altogether, placing this ball of fire in the hands of the state lawmakers who will need to decide how to deal with it.

Now the enforcement that everyone feared has begun. The Hareidi community not only rejects the State of Israel and its institutions, they are willing to be arrested and even killed rather than serve in the army of a state that has turned life in The Holy Land, Palestine, into a perpetual violent confrontation.

Countless videos posted on social media demonstrate the discipline with which this community has been protesting and engaging in civil disobedience. Actions include thousands conducting prayers in front of the military prison, thousands more gathered in the Me’a-Sha’arim neighborhood to protest against what they consider a violation of Jewish law, which forbids waging war against other nations. Police violence — which included water cannons, kicking and punching protesters, pushing and dragging the protesters from the road — resulted in many injured protesters requiring urgent medical attention.

According to sources close to the community with whom I was able to speak in Jerusalem, as many as 30 young men are detained each month from among the Hareidi public, charged with evading the draft. The community refuses to cooperate with any mechanism related to the conscription, and will not even show up to what is called “First Summon,” where young men and women go through medical examinations and an interview to determine their ability to serve.

Representatives and activists of the Hareidi community told me of instances where abuse and violence were being directed by military prison officials towards Hareidi youth. These including torture, and cruel, inhumane and degrading treatment. Prisoners in the military jail are required to wear an army uniform, which they refuse to do; as punishment they are sent to solitary confinement, where they are even more vulnerable and exposed. The military prison is not equipped to serve the needs of the Hareidi life. This makes it impossible for them to eat and pray and observe the rituals of their faith.

In one reported case the commander of the solitary confinement wing strangled a detainee and smashed his head against the wall for not responding with “Yes, Sir.” Another report revealed that a detainee was strangled and pushed into a puddle of cold water in mid-December. In another case the jailers forced a young man’s clothes off and left him naked in the shower for other prisoners to see. Yet another detainee was handcuffed by two guards, attacked with tear gas and then pushed into a puddle of urine.

Another detainee was reportedly held in solitary confinement for over two weeks without being able to shower or change his clothes. He was also deprived of his rights to leave his cell for an hour a day, and receive phone calls and visits. Representatives of these detainees filed a complaint with the UN Working Group on Arbitrary Detention but so far have not heard back.

“There is a deep and worrisome misconception surrounding the Hareidi community,” I was told by Rabbi Feldman of Neturei Karta. “All too often one sees people point a finger at the image of the Hareidi Jew for being at the center of the injustice against Palestinians in Palestine, and that of course is wrong because we stand in opposition to Zionism and to the oppression of our Palestinian brothers and sisters.”

We would all do well to acknowledge that among the first to warn against the Zionist enterprise, and the ones who have stood against it the longest, are the members of Hareidi community, most notably Neturei Karta. Today — even as they face violence, beating and arrests — they stand firm in their commitment to their moral stance and refuse to serve in Israel’s army.

Miko Peled is a well-known Israeli-American activist, author, and karate instructor. Peled authored The General’s Son: Journey of an Israeli in Palestine, and speaks at venues around the world. 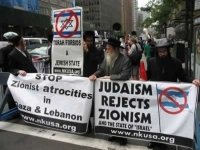