Wake me up if I survive this war

On experiencing déjà vu in Gaza as Israel launches yet another aggressive war against Palestinians. 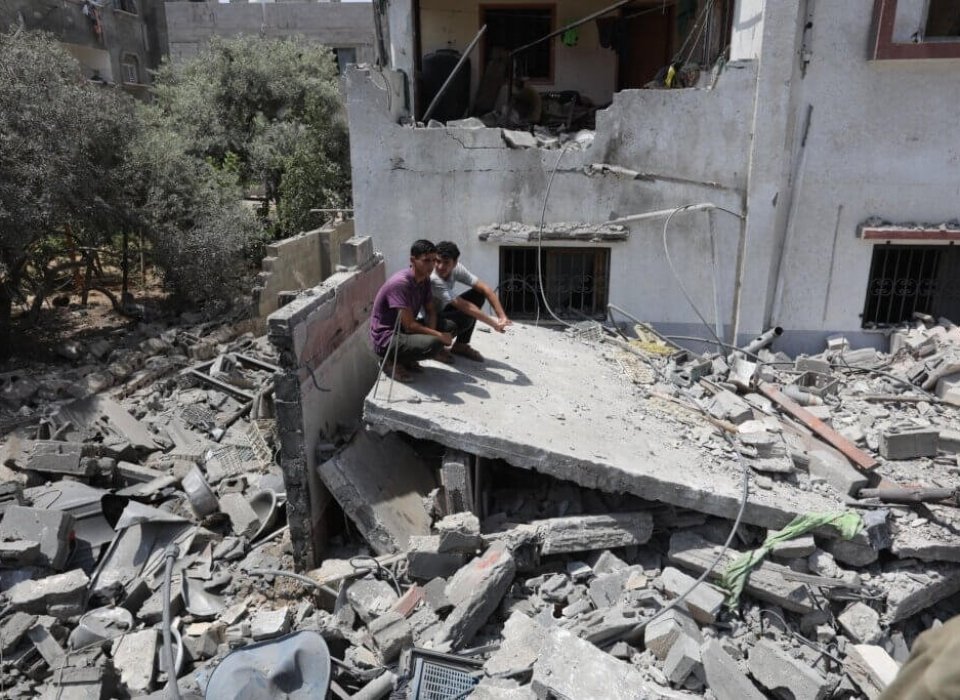 PALESTINIANS INSPECT THE RUINS OF A COLLAPSED BUILDING DESTROYED BY AN ISRAELI AIR STRIKE IN GAZA CITY, ON AUGUST 6, 2022. (PHOTO: ASHRAF AMRA/APA IMAGES)

“But Doaa, it’s not much safer at my home,” my nine-year-old cousin whispered to me while she sipped her afternoon tea, waiting for her dad to come take her back, even though she was supposed to spend the rest of the day at our house.

“I know,” I told her with as much of a reassuring tone as I could muster. “But at least you’ll be able to be with your mom and dad and your siblings.”

I didn’t have the nerve to tell her that some parents in Gaza want all their children around them when another war inevitably breaks out. The full package offer is preferable in such conditions — either they live together, or they die together.

How the recent round started

Things started yesterday, August 5 on a Friday, at 4 p.m. I woke up from my nap to the sound of men yelling in the street nearby.

“It was an apartment that belonged to the [Islamic] Jihad movement,” one of them said.

That’s when I knew — Israel had just attacked yet another Palestinian target, one of the many targets on its never-ending hit list.

What I didn’t expect was for everything to escalate so quickly.

So far, we’ve glibly called every massacre Israel commits in Gaza a war. But the truth is, we severely lack all the characteristics that would make us an equal adversary. No need to to make vain comparisons between Israel’s military technologies and whatever handmade weapons Palestinians have been able to fashion from scratch.

Everything that’s been happening in Gaza, the series of nonstop attacks on a besieged strip of land, again and again over the course of 15 years, is a twisted and elaborate rendition of the Hunger Games.

Warplanes aren’t always hovering over us, but we’re always living in continuous danger. We are fed rationed quantities of food, to be hunted later on. Just like rabbits — easy targets with nowhere to hide.

It’s been more than 24 hours now since the latest escalation began. As of 7:15 p.m. local time, Israel has killed 15 human souls, including a five-year-old baby girl, and has injured 140 more, according to the Palestinian Ministry of Health. The homes that have been levelled or bombed? We can count them later.

Palestinian families aren’t done crying over the 232 loved ones they lost in Israel’s last “war” in May of 2021. Hospitals haven’t finished treating many of the 1900 people who were injured in that attack, and now this latest round of aggression is piling on the cases they have to treat. Neither were the humanitarian organizations able to rebuild all the damaged sectors in time for the latest onslaught.

On top of all of that, the economy in Gaza is crumbling, all as a direct result of Israel’s policies. Unemployment is rampant, touching everyone with or without an education. In my family, we have five advanced degrees between us, yet none of us has a full-time job.

Poverty has reached an all-time high, and has gotten to the point that we’re now witnessing new social phenomena that we’ve never had to deal with before — one example is the prevalence of child labor, as kids can now be found in the streets accosting cars at traffic lights, in an attempt to sell people goods they do not want.

Having electricity at all hours of the day is now a luxury that only exists in our dreams. We usually get eight hours of power during the day, and whenever there is a crisis — and there always is a crisis — those hours are cut down to six. Today, the latest rationing order came through: there will be no more eight or six-hour blocks of electricity. For as long as the Israeli attack continues, we’ll only be getting four hours.

Today, August 6, is my little nephew’s first birthday. I intended to buy him a cake with one candle, and to laugh at his childish way of blowing it out. My cousin and I had been planning to head downtown and get the cake, and then to throw my nephew a huge party.

Yet when the Israeli strikes didn’t stop at targeting the Islamic Jihad movement, continuing to strike different areas of the Gaza strip, the drums of war began to sound. Everyone could feel it. My uncle showed it by deciding to end his daughter’s little vacation at our house and take her home early.

I put my nephew to sleep as early as possible, so that he wouldn’t be aware of the sound of the bombs dropping everywhere. I suppose we would have to put off the birthday party for another day. Anything close to normal would be enough.

“You idiot! Get inside the house right now,” my mother shouted at me this morning as I was sitting outside in the garden writing these words. It was cooler outside than it was in the house, but when we could hear the Israeli shelling nearby, my mother would not take no for an answer. “Come in and get a roof over your head, shrapnel might fall down on you any minute!”

I just looked at her and nodded, in my mind wanting to tell her: “Poor mama! Do you think this asbestos roof will protect me from the missiles of Israel’s all-powerful military?”

I kept that to myself, and went back inside. 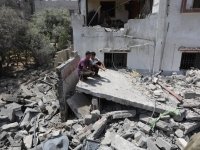