United Nations (UN) Secretary General Antonio Guterres has emphasized that the so-called two-state solution is the sole way out of the decades-long Israeli-Palestinian conflict, warning that the “negative trends” unfolding in the region could endanger the bid. 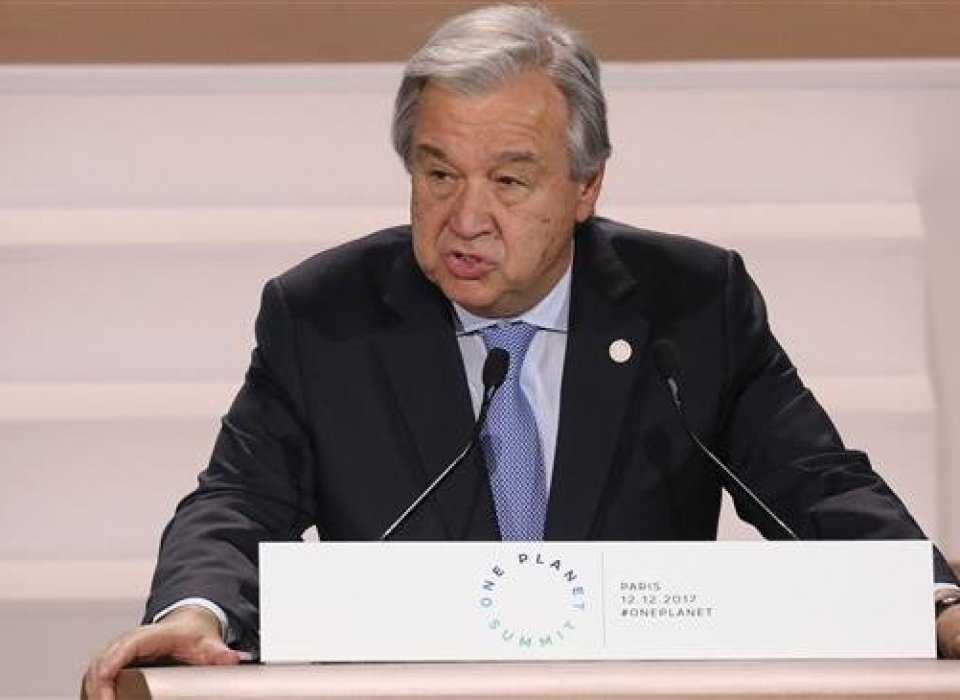 “There is no Plan B. A two-state solution is the only way to achieve the inalienable rights of the Palestinian people and secure a sustainable solution to the conflict,” Guterres told a meeting of a UN committee on Palestinian rights in New York on Monday.

He hailed efforts made by the international community to encourage a negotiated process to the Israeli-Palestinian dispute and the UN support for the so-called two-state solution.

“The General Assembly has reaffirmed the two-state solution through the establishment of a Palestinian State as the only way to achieve stability, peace, prosperity and development in the region,” he added.

“Negative trends on the ground have the potential to create an irreversible one-state reality that is incompatible with realizing the legitimate national, historic and democratic aspirations of both Israelis and Palestinians,” Guterres said, apparently referring to US President Donald Trump’s hostile measures against Palestinians.

Last December, Trump declared that Washington was recognizing Jerusalem al-Quds as the “capital” of Israel and planning to relocate the American embassy from Tel Aviv to the city.

The contentious move, which drew global warnings and condemnations, led President Mahmoud Abbas to formally declare that Palestinians would no longer accept the US as a mediator to resolve the Israeli-Palestinian conflict as Washington is “completely biased” towards Tel Aviv.

In yet another hostile move, the Trump administration said in January that it would withhold $65 million of a $125 million aid installment to the United Nations Relief and Works Agency for Palestine Refugees (UNRWA).

Guterres further said he was “extremely concerned that the latest shortfall in UNRWA’s funding will gravely impair the agency’s ability to deliver on its mandate and preserve critical services such as education and health care for Palestine Refugees.”

Trump’s first pro-Israel policy shift on the conflict took place in February 2017, when he dropped a two-decade old US commitment to the establishment of a Palestinian state as part of the so-called two-state solution.

Guterres also censured Israel’s “illegal” settlement activities in the occupied lands, saying the construction and expansion of settler units “is a major obstacle to peace and it must be halted and reversed.”

The UN chief also raised alarm over the “dire” humanitarian and economic situation in the Israeli-blockaded Gaza Strip.

During the conversation, Johnson affirmed the UK’s commitment to the so-called two-state solution, the Palestinian WAFA news agency reported.

Following the call, the top British diplomat took to Twitter to express his satisfaction with the conversation.

Good to speak to President Abbas of the Palestinian Authority today. We discussed the importance of resuming peace negotiations towards a two-state solution

The Palestinian president, for his part, said that any new round of talks should be based on a multilateral international mechanism, international law and the Arab Peace Initiative.

Palestinians want the resolution of the conflict with Tel Aviv based on the so-called two-state solution along the pre-1967 boundaries.

However, the Israeli officials insist on maintaining the occupation of Palestinian territories. 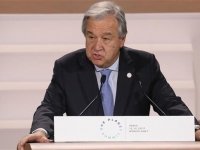