Trump or No Trump, Religious Authoritarianism Is Here to Stay

Their unlikely ally may have lost the White House, but Christian nationalists still plan to win the war. 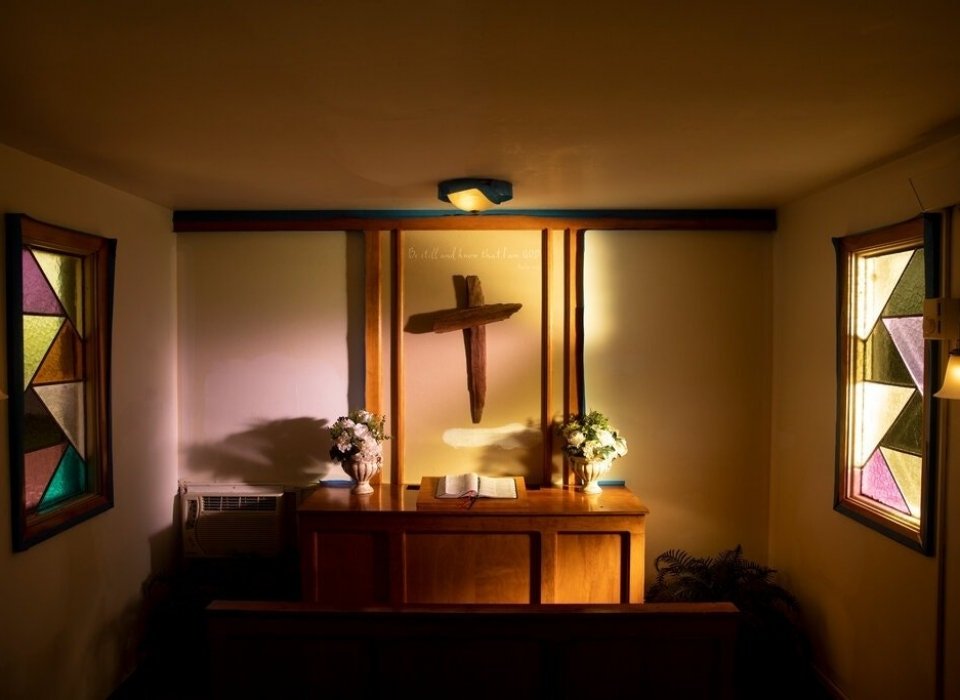 Inside a chapel outside of Sioux Center, IowaCredit...Jenn Ackerman for The New York Times

Will President-elect Joe Biden’s victory force America’s Christian nationalists to rethink the unholy alliance that powered Donald Trump’s four-year tour as one of the nation’s most dangerous presidents? Don’t count on it.

The 2020 election is proof that religious authoritarianism is here to stay, and the early signs now indicate that the movement seems determined to reinterpret defeat at the top of the ticket as evidence of persecution and of its own righteousness. With or without Mr. Trump, they will remain committed to the illiberal politics that the president has so ably embodied.

As it did in 2016, the early analysis of the 2020 election results often circled around the racial, urban-rural, and income and education divides. But the religion divide tells an equally compelling story. According to preliminary exit polls from Edison Research (the data is necessarily rough at this stage), 28 percent of voters identified as either white evangelical or white born-again Christian, and of these, 76 percent voted for Mr. Trump. If these numbers hold (some other polls put the religious share at a lower number; others put the support for Mr. Trump at a higher number), these results indicate a continuation of support for Mr. Trump from this group.

The core of Mr. Trump’s voting bloc, to be clear, does not come from white evangelicals as such, but from an overlapping group of not necessarily evangelical, and not necessarily white, people who identify at least loosely with Christian nationalism: the idea that the United States is and ought to be a Christian nation governed under a reactionary understanding of Christian values. Unfortunately, data on that cohort is harder to find except in deeply researched work by sociologists like Andrew Whitehead and Samuel Perry.

Most pollsters shoehorn complex religious identities into necessarily broad labels, so they fail to separate out the different strands of Mr. Trump’s support. There are indications that the president in fact expanded his appeal among nonwhite evangelical and born-again Christians of color, particularly among Latinos. Mr. Biden, on the other hand, who made faith outreach a key feature of his campaign, appears to have done well among moderate and progressive voters of all faiths.

Conservative voters of faith “came in massive numbers, seven and a half million more above the 2016 baseline, which was itself a record,” Ralph Reed, head of the Faith and Freedom Coalition and a longtime religious right activist, said at a postelection press briefing. “We believe they’re the reason why Republicans are going to hold the Senate.”

In their responses to the election outcome, some prominent religious right leaders have enabled or remained true to the false Trumpian line of election fraud. Michele Bachmann, the former Minnesota congresswoman and 2012 presidential candidate, said, “Smash the delusion, Father, of Joe Biden is our president. He is not.” In Crisis Magazine, a conservative Catholic publication, Richard C. Antall likened media reporting on the Biden-Harris ticket’s victory to a “coup d’état.” Mat Staver, chairman and founder of Liberty Counsel, added, “What we are witnessing only happens in communist or repressive regimes. We must not allow this fraud to happen in America.”

Even as prominent Republican figures like George W. Bush and Mitt Romney slowly tried to nudge Mr. Trump toward the exit, leaders of the religious right continued to man the barricades. The conservative speaker and Falkirk Center fellow David Harris Jr. put it this way:

Others stopped short of endorsing Mr. Trump’s wilder allegations of election fraud, but backed his right to challenge the results. Mr. Reed told Religion News Service, “This election will be over when those recounts are complete and those legal challenges are resolved.” The Rev. Franklin Graham tweeted that the courts will “determine who wins the presidency.” The conservative pastor Robert Jeffress, who gave a sermon before Mr. Trump’s inaugural ceremony in 2017, noted that a Biden win was “the most likely outcome.”

After processing their disappointment, Christian nationalists may come around to the reality of Joe Biden’s victory. There is no indication, however, that this will temper their apocalyptic vision, according to which one side of the American political divide represents unmitigated evil. During a Nov. 11 virtual prayer gathering organized by the Family Research Council, one of the key speakers cast the election as the consequence of “the whole godless ideology that’s wanted to swallow our homes, destroy our marriages, throw our children into rivers of confusion.” Jim Garlow, an evangelical pastor whose Well Versed Ministry has as its stated goal, “Bringing biblical principles of governance to governmental leaders,” asserted that Mr. Biden and Ms. Harris are at the helm of an “ideology” that is “anti-Christ, anti-Biblical to its core.”

The comments pouring in from these and other figures may be forgotten when Mr. Biden takes office. But they are worth paying attention to now for what they say about the character of the movement. While many outsiders continue to think of Christian nationalism as a social movement that arises from the ground up, it is in fact a political movement that operates mostly from the top down. The rank-and-file of the movement is diverse and comes to its churches with an infinite variety of motivations and concerns, but the leaders are far more unified.

They collaborate in a densely interconnected network of think tanks, policy groups, activist organizations, legal advocacy groups and conservative pastoral networks. What holds them together is not any centralized command structure, but a radical political ideology that is profoundly hostile to democracy and pluralism, and a certain political style that seeks to provoke moral panic, rewards the paranoid and views every partisan conflict as a conflagration, the end of the world. Partisan politics is the lifeblood of their movement.

If one considers the movement from the perspective of its leaders, it is easier to see why it is unlikely to change in the new political circumstances we find ourselves in. The power of the leadership is the function of at least three underlying structural realities in America’s political and economic life, and those realities are not going to change any time soon.

The first is the growing economic inequality that has produced spectacular fortunes for the few, while too many ordinary families struggle to get by. Leaders of the movement get much of the support for their well-funded operations from a cadre of super-wealthy individuals and extended families who are as committed to free-market fundamentalism as they are to reactionary religion. The donors in turn need the so-called values voters in order to lock down their economic agenda of low taxation for the wealthy and minimal regulation. These donors include, among many others, the Prince-DeVos family, the fracking billionaire Wilks brothers, and members of the Green family, whose Hobby Lobby fortune helped build the Museum of the Bible. The movement gets another big chunk of its funding from the large mass of people who are often in the middle rungs of the economic spectrum and whose arduously cultivated resentments toward those below them have been turned into a fund-raising bonanza.

The second structural reality to consider is that Christian nationalism is a creation of a uniquely isolated messaging sphere. Many members of the rank and file get their main political information not just from messaging platforms that keep their audiences in a world that is divorced from reality, but also from dedicated religious networks and reactionary faith leaders. The fact that Mr. Trump was able to hold on to a high percentage of the vote in the face of such overwhelming evidence of malfeasance is proof enough that the religious-nationalist end of the right-wing information bubble has gotten more, not less, resistant over time.

The third critical factor is a political system that gives disproportionate power to an immensely organized, engaged and loyal minority. One of the most reliable strategies for producing that unshakable cohort has been to get them to agree that abortion is the easy answer to every difficult political policy question. Recently, religious right leaders have shifted their focus more to a specious understanding of what they call “religious freedom” or “religious liberty,” but the underlying strategy is the same: make individuals see their partisan vote as the primary way to protect their cultural and religious identity.

Republicans have long known that the judiciary is one of the most effective instruments of minority rule. Mr. Trump’s success in packing the federal judiciary — as of this writing, 220 federal judges, including three Supreme Court justices — will be one of his most devastating legacies. The prospect of further entrenching minority rule in the coming years will keep the alliance between Republicans and the religious right alive.

Perhaps the most troubling aspect of the Christian nationalist response to the 2020 election is that we’ve seen this movie before. The “stolen election” meme won’t bring Mr. Trump back into the Oval Office. But then, the birther narrative never took President Barack Obama out of office, either. The point of conspiratorial narratives and apocalyptic rhetoric is to lay the groundwork for a politics of total obstruction, in preparation for the return of a “legitimate” ruler. The best guess is that the religious authoritarianism of the next four years will look a lot like it did in the last four years. We ignore the political implications for our democracy at our peril.

Katherine Stewart (@kathsstewart) is the author of “The Power Worshippers: Inside the Dangerous Rise of Religious Nationalism.” 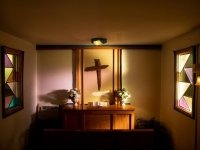