These millennials still believe in a two-state solution. Are they too late? 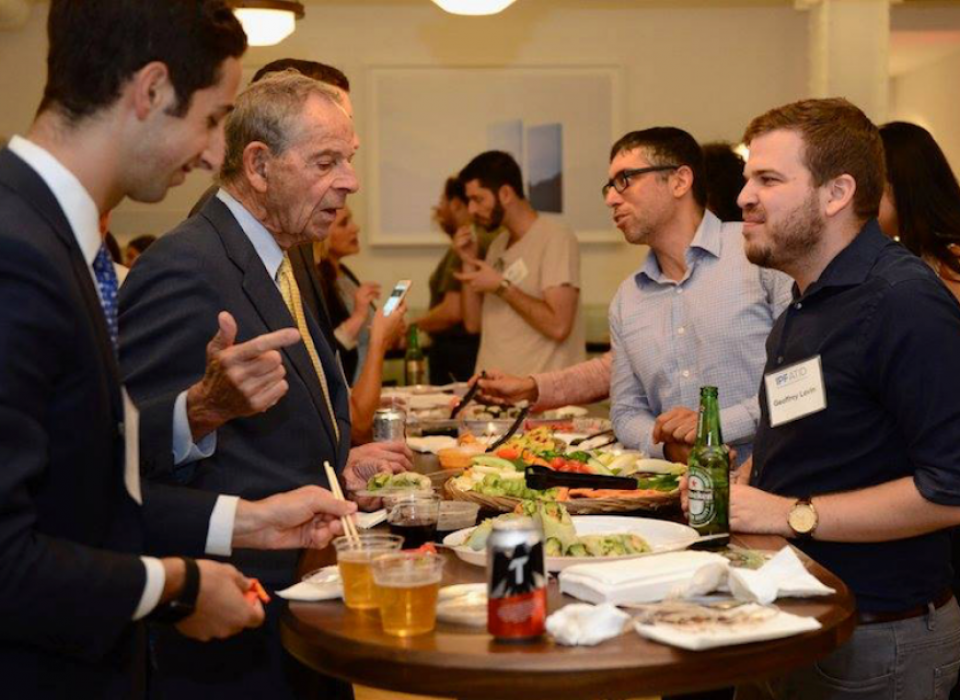 NEW YORK (JTA) — The Israel Policy Forum was founded in 1993 to build support for the Middle East peace process and its “inevitable” solution: two states, one Jewish, one Palestinian, living side by side.

Twenty-five years later, that plan appears more elusive than ever, with some politicians and pundits declaring the two-state solution dead or dying. Israeli Prime Minister Benjamin Netanyahu offers tepid support for two states but says the Palestinians are unreliable partners. Palestinian Authority President Mahmoud Abbas said Wednesday that he supports two states — but refuses to meet with Israel and the United States.

President Donald Trump broke ranks with his predecessors by refusing to commit to the idea. Both the far left and the far right are offering versions of a one-state solution that erases distinctions between Israel and the territories.

“We recognized a vacuum existed in the Jewish communal landscape for young professionals when it came to meaningfully addressing the core challenges facing Israel and its future,” David Halperin, IPF’s executive director, told JTA. “There is a hunger among millennials for honest and serious geopolitical, security and other policy conversations related to Israel and the two-state solution.” 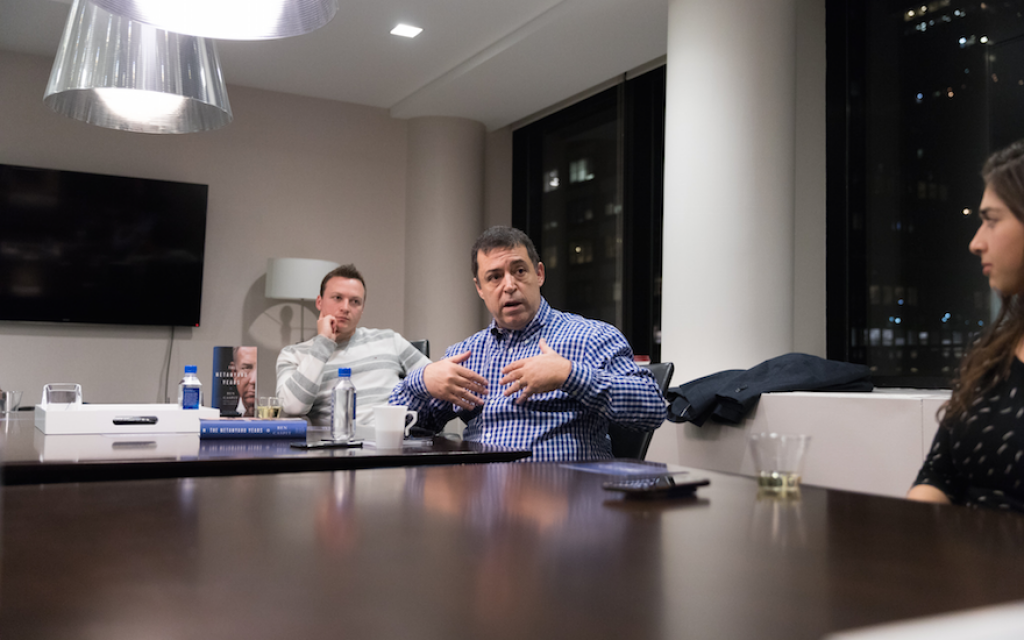 “People on the left and right are disillusioned — and for good reason. It’s easy to get sucked into the communal cyclone of recycled arguments and outdated platitudes,” Philips, an organizational consultant and executive coach, told JTA. “We’re offering a path out of that cycle through pragmatic, forward-looking content that we believe can unite people across the spectrum who share the goal of progress.

“Our community members have grown up through a time in Israel’s story that is void of the hope that sustained our parents and grandparents. IPF Atid seeks to give people the education and tools to engage on Israel in a way that is pragmatic and solution-oriented.”

Earlier this month, IPF selected the inaugural class of Charles Bronfman IPF Atid Conveners, 25 young Jewish professionals selected “to advance the vision of a Jewish, democratic and secure Israel.” The conveners boast affiliations with a range of organizations, including the left-wing Mideast policy group J Street, the centrist Zionist organization Hadassah and the American Israel Public Affairs Committee, which liberals often cast as right wing but which remains committed to the two-state solution.

(IPF, Philips told JTA, actively seeks to strengthen the discourse within and across “the myriad Jewish communal organizations.”)

In October, the Bronfman conveners will take part in a training summit in New York and Washington, meeting with foreign policy experts and members of IPF’s leadership.

“We are growing fast and organically; members seek us out and tell us that they have been craving a space to explore and discuss these complex issues,” Philips said. “In IPF Atid’s first year, we have established four active chapters in major cities and are reaching thousands of participants in dozens of cities through online activity.” 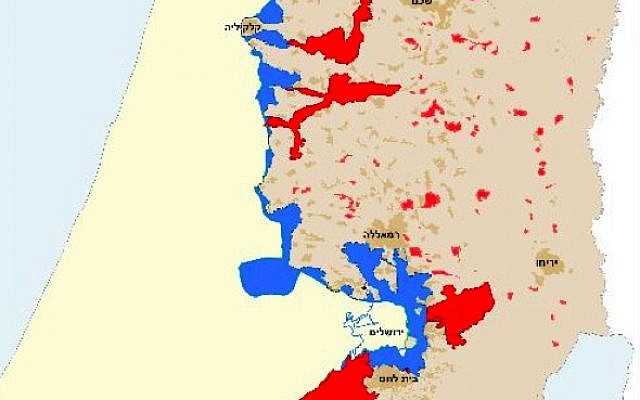 Illustrative: Map showing the border of a two-state solution if it were to be based on the path of Israel’s security barrier. The blue marks the parts the West Bank that would be annexed into Israel based on the current length of the boundary and the dark red marks the parts that will be added as well after the barrier is completed. (Peace Now)

IPF Atid knows it is swimming against the tide. Israeli and Palestinian support for the two-state solution is at the lowest in nearly 20 years: Only 43 percent of Palestinians and Israeli Jews back such a solution, according to a joint survey by the Palestinian Center for Policy and Survey Research and the Tami Steinmetz Center for Peace Research at Tel Aviv University.

“It is not surprising that support for two states is declining,” Halperin said. “Neither side is showing leadership to achieve it, and hasn’t for years. The president of the United States doesn’t endorse it.”

And yet, he said, “The two-state solution remains the only realistic way to address the national aspirations of both Israelis and Palestinians. Both sides recognize that alternatives are unsustainable and will only breed perpetual conflict.”

IPF is also aware of growing support, on the far left and right, of a “one-state solution” merging Israel, the West Bank and the Gaza Strip. In the version espoused on the far left, the merged state would be a binational democratic country, with all its Jews and Muslims able to vote. In the right-wing version, Israel would annex the same territory (or at least the West Bank) and either “encourage” Palestinians to emigrate to a third country or offer them a status somewhat less than citizenship.

IPF’s fortunes have risen and fallen with support for the two-state solution. It enjoyed its highest profile during the Clinton administration in the 1990s, which helped shepherd the Oslo peace process that created the Palestinian Authority and gave Palestinians a measure of self-government. The terrorist waves of the second intifada in the early to mid-2000s undermined support for the two-state solution in Israel and devastated Israel’s left, which hasn’t recovered. Following an early 2000s decline, IPF revived itself in 2012. 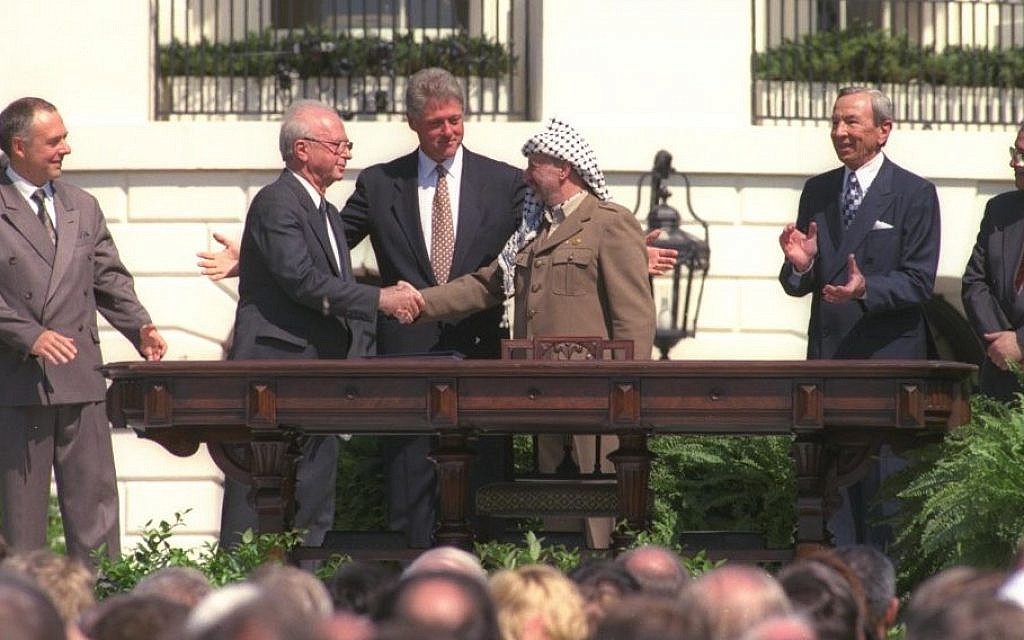 In 2016, IPF drafted two-state plans that it hoped would reach the desk of the next American president. The plans were radical departures from the policies of Netanyahu, whose government is the most right-wing in Israel’s history. This week, IPF condemned the Trump administration’s decision to withdraw $200 million in US assistance to the West Bank and Gaza, saying it would “punish” the Palestinians while doing nothing to advance peace.

“Acceptance of a single binational state does indeed seem to be growing, and it is a result of Israeli disillusionment with the Oslo process and a post-second intifada sentiment that Palestinians still do not accept Israel’s basic legitimacy, and of Palestinian disillusionment,” Michael Koplow, IPF’s policy director, told JTA. “After a quarter century of failed negotiations, each of which seems to lead both sides to further dig in, nobody should be surprised that many Israelis and Palestinians feel it is time to move on to the next idea.

“This trend can only be reversed if Israelis are convinced that their security can be maintained — and even improved … and Palestinians are convinced that their sovereignty and dignity can be respected. It is why Israel Policy Forum focuses on ways to improve Israeli security both today and in the event of a permanent status agreement, and on ways to improve Palestinian quality of life and sovereignty today.”

Despite the gloomy contemporary diplomatic reality, two-state optimism remains strong among young Americans. According to a 2018 Pew Research Center poll, 60 percent of 18- to 29-year-olds believe in the possibility a two-state solution, compared with only 41% of the least supportive demographic, those aged 50 to 64.

Alexandra Stabler, IPF Atid’s Los Angeles chair, told JTA that she became involved with the program “because I felt there was a void for a centrist, fair and pragmatic platform for young people in our current pro-Israel ecosystem in America.”

Stabler works as a senior global marketing manager at the talent agency Endeavor.

“I see the purpose of IPF Atid as a resource for young people who might feel confused and ultimately apathetic about what’s happening in Israel,” she said. “My aim in programming is to re-engage members of our community who have chosen to abstain from the conversation about Israel all together as a result of misinformation and frustration.”

Daniel Shapiro, the US ambassador to Israel in the Obama administration, expressed pessimism with the two-state solution’s short-term prospects but lauded IPF’s efforts.

“In the current reality, the main task needs to be just to keep the two-state solution alive,” Shapiro told JTA. “It is not achievable now, and there is currently no leadership, on any side, willing or able to push for it or make the necessary decisions to achieve it. So it is natural that doubts grow about whether it is even possible.

“But such leaders can emerge unexpectedly, so Americans who see secure, Jewish, democratic Israel as an important US interest should work with Israelis, Palestinians, Arabs and others who also share that goal to help keep it alive and viable until such leaders arrive.” 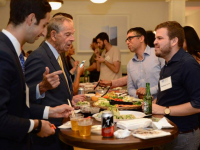