The 'principal threat': Time to talk about the Palestinian class struggle

By Ramzy's Baroud and Romana Rubeo 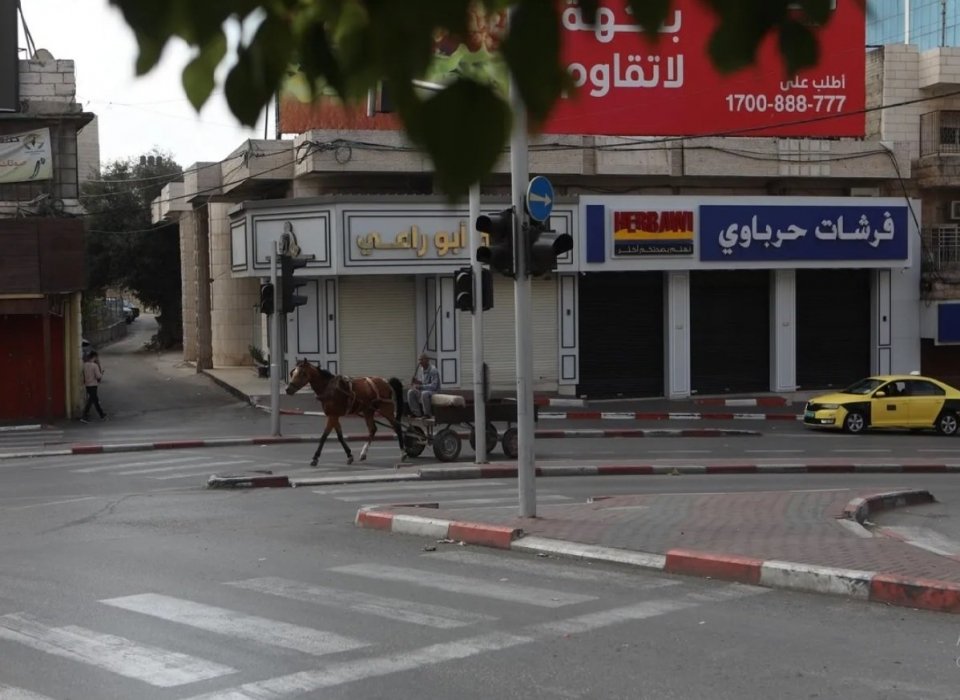 A general view of the empty streets during the general strike due to the blockade of Israeli soldiers in Hebron, West Bank on October 30, 2022. [Mamoun Wazwaz - Anadolu Agency]

the regimes in the Arab states surrounding Palestine

On Monday, 31 October, Palestinians in the town of Al-Eizariya, east of occupied East Jerusalem, observed a general strike. The strike was declared part of the community's mourning of 49-year-old Barakat Moussa Odeh, who was killed by Israeli forces in Jericho a day earlier.

This is not an isolated case. General strikes have been observed throughout the Occupied Palestinian Territories in recent weeks as a form of civil disobedience and protest against the Israeli attacks on the cities of Nablus, Jerusalem, Jenin and Hebron. They were also held to mourn Palestinian fighters killed following shooting operations against Israeli soldiers of illegal Jewish settlers.

Historically, general strikes have been declared and observed by working-class Palestinians. This form of protest often represents the backbone of popular, grassroots resistance in Palestine, starting many years before the establishment of Israel, on the ruins of the historic Palestinian homeland.

The return of the general strike tactics suggests that the new revolt in the West Bank is a direct outcome of working-class resistance. Indeed, many of the young Palestinian fighters hail from refugee camps or working-class population centres. Their revolt stems from the growing realisation that the political tactics of the elites have resulted in nothing tangible, and that Palestinian freedom will certainly not be achieved through Mahmoud Abbas and his self-serving politics.

The budding revolt also seems to share many similarities with the Palestinian anti-colonial revolt between 1936-39, as well as the First Intifada, the popular uprising of 1987. Both historical events were shaped and sustained by working-class Palestinians. While the interests of wealthy classes often negotiated political spaces that allowed them to exist alongside various ruling powers, working-class Palestinians, the most disaffected from colonialism and military occupation, fought back as a collective.

Palestinian writer and historian Ghassan Kanafani – assassinated by the Israeli intelligence, Mossad, in July 1972 – analysed the events leading to the 1930s Palestinian revolt in his essay, "The 1936-39 Revolt in Palestine", published shortly before his untimely death. Kanafani argued that three enemies pose a "principal threat" to the Palestinian national movement: "The local, reactionary leadership; the regimes in the Arab states surrounding Palestine and the imperialist-Zionist enemy."

"The change from a semi-feudal society to a capitalist society was accompanied by an increased concentration of economic power in the hands of the Zionist machine and, consequently, within the Jewish society in Palestine. (By the late 1930s, Palestinian) Arab proletariat had fallen victim to British colonialism and (Zionist) Jewish capital, the former bearing the primary responsibility," Kanafani continued.

Expectedly, Palestinian workers are, again, at the front line of the struggle for liberation. They seem perfectly aware of the fact that Israeli settler colonialism is not only an agent of oppression, but also a class enemy.

Settler colonialism is often defined as a form of colonialism that aims to settle the colonised land, exploiting its resources while simultaneously and methodically eliminating the native population. The work of historian Patrick Wolfe has been particularly illuminating in this regard. He argued in his seminal work, "Settler Colonialism and the Elimination of the Native", that: "Settler colonialism is inherently eliminatory." However, according to Wolfe: "The logic of elimination not only refers to the summary liquidation of Indigenous people, though it includes that."

The longevity of settler-colonial societies is predicated on key factors that allow these societies to be sustainable over long periods of time. One of these factors is for settler-colonial projects to maintain complete hegemony over natural resources, including the systematic exploitation of the native population as a cheap workforce.

Sai Englert argues in "Settlers, Workers, and the Logic of Accumulation by Dispossession" that: "In settler colonial societies, internal settler class struggle is fought not only over the distribution of wealth extracted from settler labour, but also over the distribution of the loot accumulated through the dispossession of the indigenous population."

Englert's logic applies to the Zionist settler-colonial model in Palestine, starting long before the establishment of the State of Israel over the Palestinian homeland in 1948. Englert highlights the Zionist dichotomy by citing the work of Gershon Shafir, who describes early Zionism as: "A colonisation movement which simultaneously had to secure land for its settlers and settlers for its land."

However, since the settling of Jewish migrants – mostly from Europe – in Palestine was a long, protracted process, settler Zionism felt compelled to carry out its colonial project in stages. In the early stage, starting in the late 19th century until the 1930s, Zionist colonialism centred on the exploitation of indigenous Palestinian Arab labour and, eventually, on the exclusion of this very labour force in preparation for the ethnic cleansing of the Palestinian people altogether.

Explaining the Zionist model at that historical stage, Israeli historian Ilan Pappé writes: "Early Zionists were fully aware of this process, that of the exploitation of Palestinian labour as a mere stage – as in 'temporary exploitation' – in the development of what Zionist leaders, David Ben-Gurion and Yitzhak Ben-Zvi, described as "avoda ivrit", or 'Hebrew labour'." "My hope is that, in due course, we (meaning "Hebrew labour") will grasp the decisive place in the Palestine economy and in its collective and social life," Ben-Zvi expresses.

"It is obvious who was to occupy the marginal role in the economy: the Palestinians who formed the vast majority of the population at the time," Pappé elaborates.

"Yaakov Rabinowitz (one of the founders of Agudat Israel Orthodox party), saw no contradiction in heading a seemingly socialist movement, such as Hapoel Hazair, and arguing for a segregated, colonialist labour market: 'The Zionist establishment should defend the Jewish workers against the Arab one, as the French government protects the French colonialists in Algeria against the natives'."

The legacy of those early Zionists continues to define the relationship between Palestinian labour and Israel to this day – a relationship based on racial segregation and exploitation.

The nature of Israel's settler colonialism has not fundamentally changed since its inception in the early 20th century. It remains committed to the ethnic cleansing of Palestine and the usurping of Palestinian resources, including Palestinian labour. All attempts to circumvent this ongoing exploitation have largely failed because Palestinian workers remain equally vulnerable in other workspaces as well, whether in the limited, semi-autonomous economy operated by the Palestinian Authority or by the equally exploitative Arab regimes.

Despite all this, Palestinian workers continue to resist their exploitation in many ways, including unionising, striking, protesting and resisting the Israeli occupation. It should come as no surprise that the various Palestinian uprisings throughout the years were fuelled by working-class Palestinians.

Such reality compels us to rethink our understanding of the Palestinian struggle. It is not a mere "conflict" of politics, geography or narratives, but one that is predicated on several strata of class struggles within and without Palestine. Those struggles, as experiences have shown, have stood at the very core of the history of Palestinian resistance, manifesting itself clearly in the Palestinian strike and rebellion of 1936-39, all the way to the present day. 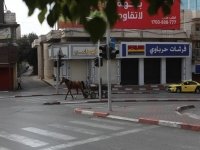