The price of leaving Gaza

My freedom ticket was not the mere $500 I paid to leave. They charged me 29 years of my life. 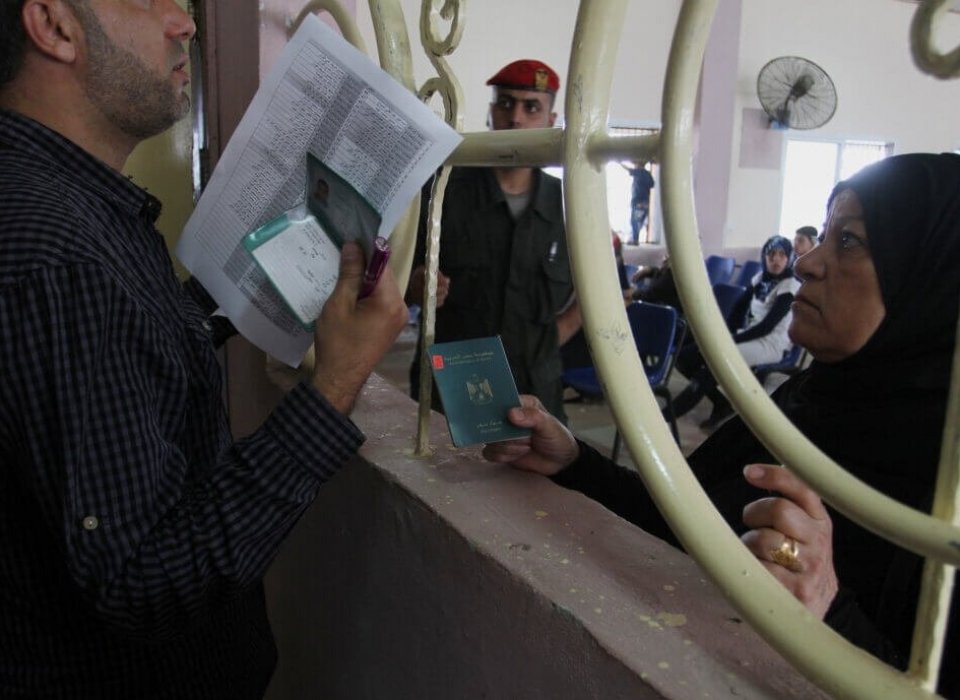 A WOMAN LOOKS THROUGH A WINDOW AS SHE WAITS FOR A TRAVEL PERMIT TO CROSS INTO EGYPT THROUGH THE RAFAH BORDER CROSSING AFTER IT WAS OPENED BY EGYPTIAN AUTHORITIES FOR FIVE DAYS, IN THE SOUTHERN GAZA STRIP JUNE 29, 2016. (PHOTO: ABED RAHIM KHATIB/APA IMAGES)

Now I’m a normal girl, living in a girls’ dormitory, trying to live as peacefully as she can … until that inevitable question pops up:
“How are things in Gaza?

Finally, I managed to see a plane that was not going to bomb me. I got out of Gaza for the very first time in my entire life. Now I have the stamps of three countries on my passport, and I have had the experience of traveling and getting on a plane.

And I’m just counting the ones I’ve talked to. I’m thrilled that I’ve managed to do things so far.

The morning I left Gaza, my mother cried. My mom, who saves no chance to scold me, hugged me and cried so hard when the day came for me to leave. I pulled myself away before she could see the tears in my eyes and looked the other way.

“Don’t do that,” I said. “When my brother and sister left, you didn’t cry, remember? Why are you doing it now?”

I also made a few false promises to her. I denied my previous vow of never going back to Gaza. “Don’t worry, I’ll be back,” I tried to reassure her.

The trip I made from my house in the center of Gaza to the Rafah crossing was also a first. I was looking out of the car’s window at the new places I passed on my way. I didn’t have any intention of memorizing or mentally picturing those places in my mind. But I find myself seeing them clearly when I close my eyes.

The Palestinian officer took my passport, looked at it, and looked back at me.

“Why are you heading to Turkey?” he asked, even though my passport was clearly emblazoned with a student visa.

“To study,” I replied unwillingly. He stamped it and handed it back to me.

Then we were lectured about what to expect and what to do, and mostly what not to do.

Don’t take pictures of the Egyptian side. Don’t take pictures of any place in Egypt while you’re on your way to Cairo. Don’t carry anything related to any Palestinian political party — it’s a national security matter. Men under 40 heading somewhere other than Egypt have to be taken directly to Cairo International Airport. You will be escorted to the plane directly.

What a privilege, right?

Maybe there will be a day when the world will look at us “Palestinians” on equal terms, instead of as a source of threat.

We were called by our names to get on the buses meant to take us to the Egyptian hall at the border crossing.

The Egyptian hall on the southern borders of Palestine was an old dirty building, with small hanging windows staring at me from above. I felt like I was in a mass grave, with all these people packed into a windowless building and waiting for their passports after handing them over to Egyptian officials.

Smoke filled the area. The noise of crying babies intermingled with the yelling of the officers. Most of the chairs in the waiting hall were broken, and luggage was piled everywhere.

At that moment, I didn’t only feel that I belonged to a third-world country, but felt that I’m a human from a different class. At least they didn’t ask me why I was going to Turkey.

It took me less than two and a half hours to get to Turkey by plane, and more than 8 hours to arrive from Cairo to Gaza through a minibus.

For a while, I stayed in Egypt, waiting for the right time to book the cheapest plane ticket. It was all to no avail, as prices remained high, and I was confronted with a bizarre rule that first-time travelers were obligated to book two-way tickets, which I ended up taking.

One night in Egypt, I woke up to the sound of a loud bang.

“War again,” was the first thing that came to my mind. Then I remembered that I’m now far away from Israeli shelling. I shook it off and went back to bed, without a care in the world — just like any other human being.

But I didn’t. I liked to think that I tricked her.

Another airport worker was checking passports before entering the waiting area for our flight. He was flashing his smiles liberally to everyone passing through with him. My Palestinian passport had the singular ability to wipe that smile off his face. He held my passport in what looked like disgust, turned it in his hand, flipped through his papers, then looked back up at me.

“Do you have a visa?” His tone seemed to be accusatory.

“Yes,” I said, so calmly that I swear he almost didn’t like my answer.

I can’t say that his treatment meant nothing to me, because it did. If Israelis were to get the same treatment when they entered Egypt through the Taba crossing on their way to the beach resorts of Sharm-el-Sheikh, then it would be ok with me. But they aren’t treated the same.

What was most surprising about this ordeal, however, was that I was less than thrilled to see the big bird that would take me to Turkey.

Some people had warned about what it would be like, getting on a plane for the first time in your life. The noise, the air pressure, the fear, the sudden feeling that hits your guts when the plane takes off, and even during landing — somehow none of that was a problem for me.

I packed many things when I left Gaza, but fear wasn’t one of the things I took with me. I figured I would try to enjoy the experience that was handed to me.

The plane landed safely. Luckily, Istanbul International Airport wasn’t crowded. No one double-checked my passport there. I didn’t even believe how fast I finished my things.

Now I’m a normal girl, living in a girls’ dormitory, trying to live as peacefully as she can. At least that’s what I try to do until that inevitable question pops up: “How are things in Gaza?”

For the first ten seconds, I find myself speechless, not knowing where to start. Pictures of the horrific events pile up in front of me, as the sound of bombs and air strikes blow my eardrums. My heart trembles and my lungs are out of air for those ten seconds, and they are begging for a quick answer.

My freedom ticket was not the mere $500 I paid to leave. They charged me 29 years of my life. I lived the monstrous Israeli attacks on Gaza, one war after another. Every Zionist attack was heavier than the last.

Yitzhak Rabin, Shimon Peres, Benjamin Netanyahu, Ehud Barak, Ariel Sharon. Those are the names of the culprits who slaughtered my childhood. Ehud Olmert, Benjamin Netanyahu again, and Naftali Bennet, are guilty of burying my youth under the rubble. I wish I could say I earned it, but I haven’t even thrown a single stone at an Israeli soldier during my entire 29 stolen years.

I’d like to believe that I’ve defeated the strongest country in the Middle East, the one with the most sophisticated weapons. I’ve tricked them, and I’m flying below Israel’s military radar.

At least that’s the lie I tell myself. 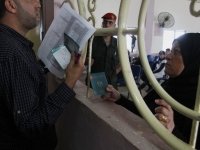