The Invention of Anti-Semitic Jews 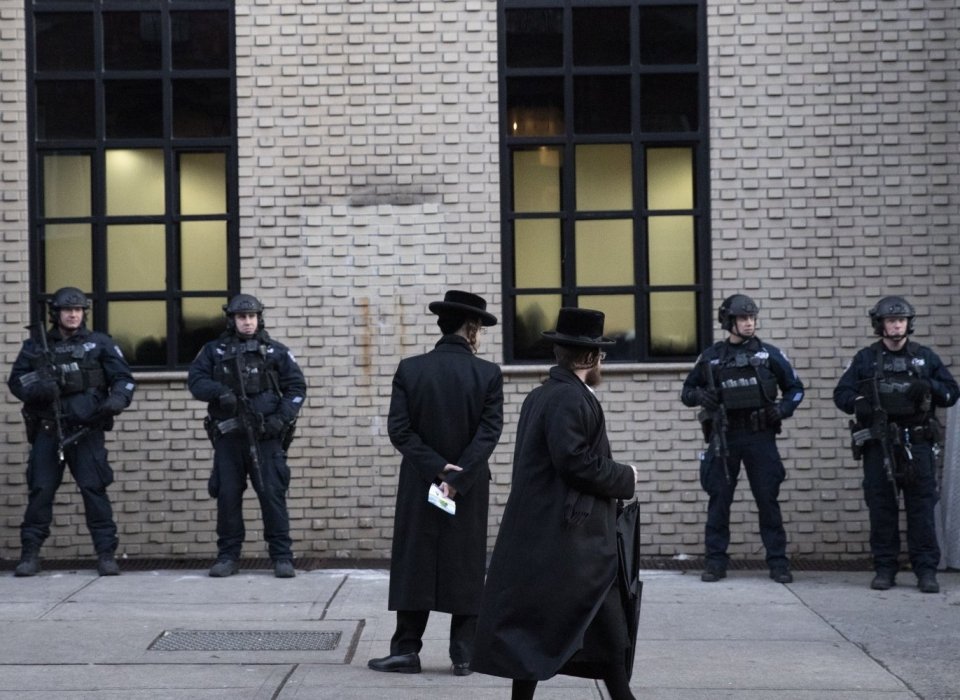 " … a “red herring” argument—one that diverts attention from a central concern …
the bigoted practices of Zionist Israel …
that being against Zionism means you are against the Jews,
even when asserted by Jews—a strange position to take."

Jonathan Greenblatt is the present CEO of the Anti-Defamation League (ADL). This is a long established American Jewish organization (founded in 1913) that seeks to identify and discredit anti-Semitism (usually defined as disliking, or even hating, Jews just because they are Jews). In 1948 the state of Israel was founded. Zionism, which calls for a nationstate for Jews in the land of Palestine, was and is Israel’s official ideology. Soon after 1948 the ADL, along with most other “mainstream” American Jewish institutions, became dedicated to forwarding the interests of Zionist Israel. Today, Jonathan Greenblatt can be considered a lobbyist taking direction from the Israeli government.

In early October 2022, acting in this role, Greenblatt called for Jewish American organizations to do battle against anti-Zionists (that is, those who oppose the discriminatory nature and policies of the Israeli government). Because Zionists consider Israel a state representing world Jewry, being opposed to Israel, for whatever reason, seems to them to be anti-Semitic. Greenblatt has dutifully conformed to this position. He has declared that anti-Zionism is “obviously” anti-Semitism. Then he went a step further and said that “We must reckon with the fact that there are anti-Zionists within the Jewish community. The reality is that just because you are Jewish doesn’t exempt you from trafficking in anti-Zionism.”

Now Mr. Greenblatt may or may not have always been a thick-headed fellow but, as the leader of a Zionist organization, he is now led to think like one. He has committed the classic mistake of conflating two different things: anti-Semitism and standing against Zionist ideology. This may well be a purposeful attempt to set up a “red herring” argument—one that diverts attention from a central concern, for example, the bigoted practices of Zionist Israel, with the flawed claim that being against Zionism means you are against the Jews, even when asserted by Jews—a strange position to take.

Let’s unwrap Mr. Greenblatt’s argument that Jews who are anti-Zionist are also anti-Semitic, and see where it leads us.

(1) Many Jews have taken a stand against Zionism because, as an institutionalized state ideology, it has led to national policies that are racist toward non-Jews at all levels of Israeli society. Non-Jews, the Palestinians who constitute over 20% of the overall population, have been segregated and discriminated against severely enough for such Israeli policies to be judged apartheid, which is a crime against humanity under international law.

(2) This judgment by anti-Zionist Jews is not a matter of opinion. It is backed up by hard evidence repeatedly made public by multiple human rights organizations of high standing.

(3) This being the case, labelling anti-Zionist Jews as anti-Semitic translates to a reductio ad absurdum argument: Zionism has been proven to be racist in practice. Anti-Zionist Jews are against this racism. Yet Zionists such as Greenblatt insist that a stand against Zionism is the same as anti-Semitism. If we take this assertion seriously, it logically follows that to be against apartheid as practiced in Israel is to be anti-Semitic. There is something dangerously absurd about Greenblatt’s line of thinking.

Of course, Greenblatt would not accept any of this. He has a remarkably naive picture of Israel’s official ideology. He tells us “Zionism isn’t just a light for the Jewish people, it’s a liberation movement for all people. We should take strength in it, we should find inspiration in it, and we should share it with the world.” Somehow he even has got it into his head that “Palestinians should embrace Zionism”—another reductio ad absurdum position. It would be like supporting those who take your land, demolish your homes, and discriminate against you in most spheres of life.

A Word From the Morally Aware

Many progressive Jews, particularly those who are consistent in their principles, are appalled by Israeli/Zionist behavior and claims. On the one hand, there is the blatant racism and brutality exercised against the Palestinian population, particularly on the West Bank and Gaza. On the other hand, there is the presumptuous, implicitly blasphemous claim that Zionism, a secular and statist ideology, is a true, perhaps the best, expression of Judaism. The assertion that to stand against Zionism is the equivalent of anti-Semitism should be the last straw for progressive Jews—making it all the more likely that they will never identify with a Zionist Israel.

One can juxtapose the aberrant claims of Zionism put forth by Jonathan Greenblatt with those of the morally aware positions taken by Donna Nevel, a community psychologist and educator, as well as a prolific writer. Nevel has pointed out that progressive criticism of Zionism “grows out of a deep commitment to human rights.” She continues, “when I was a young Zionist activist in college — before I learned about the consequences of Zionism on the Palestinians living there — I went to a hasbara (propaganda) training at the Israeli Consulate. I remember being shocked that one of the things we were told was that when someone argued against Israel, not to address the argument, but, instead, to accuse the person of antisemitism. This tactic has become much more widespread today and it’s why dangerous definitions of antisemitism, like the one put forth by the International Holocaust Remembrance Alliance (IHRA),, which conflates criticism of Israel with antisemitism and has gotten much attention, must be vehemently opposed.”

Heading in a Fascist Direction

The instruction Nevel received at that meeting in the consulate is quite telling. For the last 30 or so years most Zionist groups simply will not debate with their critics. They won’t do it because they too often lose. The facts are against them. They have replaced debate with two responses:

(1) they simply repeat misleading slogans, such as Israel and the U.S. share the same values; Israel is the only democracy in the Middle East; the Palestinians are terrorists.

(2) They retreat to ad hominem attacks such as the accusation that critics are anti-Semites.

In essence, Zionism is not a humane or democratic ideology. Such claims have always been bankrupt ones, dragged down by the ideology’s colonialist and unreformed racist roots. Its adherents never did learn or represent an important lesson of Jewish history—the link between survival and tolerance. Instead, they replaced that lesson with the supremacist tribal impulses of the ethnic oriented nationstate.

Thus, the logic of Zionism has swept at least part of the Jewish people in the presently popular direction of resurgent fascism. Evidence for this fact can be seen in the interminable election cycles of Israel, demonstrating that country’s inability to create a stable “left/center” government. The racism at the root of Israeli culture pushes the Jewish electorate to the right until stability of sorts is found in autocratic, intolerant neofascist coalitions. This is the case after Israel’s recent election in October 2022. It is ironic but this political evolution has indeed made apparent a certain shared value between Israel and the United States. As Rabbi Rick Jacobs, president of the Union for Reform Judaism, recently put it, “I dread the day when the U.S. and Israel’s shared value becomes racism.” Quite frankly, that has always been the case.

It is remarkable how blandly unconcerned many Israeli Jews are over this debacle. Here is the prediction made for the diaspora response to Israel’s most recent turn to the hard right. It was made by the editorialist Anshel Pfeffer, in a 27 October 2022 opinion piece in the Israeli newspaper Haaretz. “Of course, the usual voices will say this is yet more proof of the depravity of Zionism. But they were saying that anyway. Many Jews on the right-wing and religious ends of the spectrum will be fine with this [next] government. And the majority who won’t be will wring their hands and continue loving Israel. It will stick in the craw, but what else can they do?”

Actually, there is a lot that they can do. Zionist leaders such as Greenblatt are so afraid of what might, over time, be done that they are now labelling disenchanted Jews as anti-Semites. The truth is that the number of diaspora Jews who “continue to love” Zionist Israel is falling steadily. This may well include not only the morally consistent, but also some of those who have been PEP, or “progressive except for Palestine.” Will they stand with this corrupted position and accept a neofascist Israel? To do so may take much more than “wringing hands.” As things are going, it is probable that in another generation the diaspora dissenters will be in the majority, and the Zionists will stand more and more isolated from those they claim to represent.

Lawrence Davidson is a retired professor of history at West Chester University in West Chester, PA.