The Evangelical Pope | If You Want Peace, TALK PEACE! 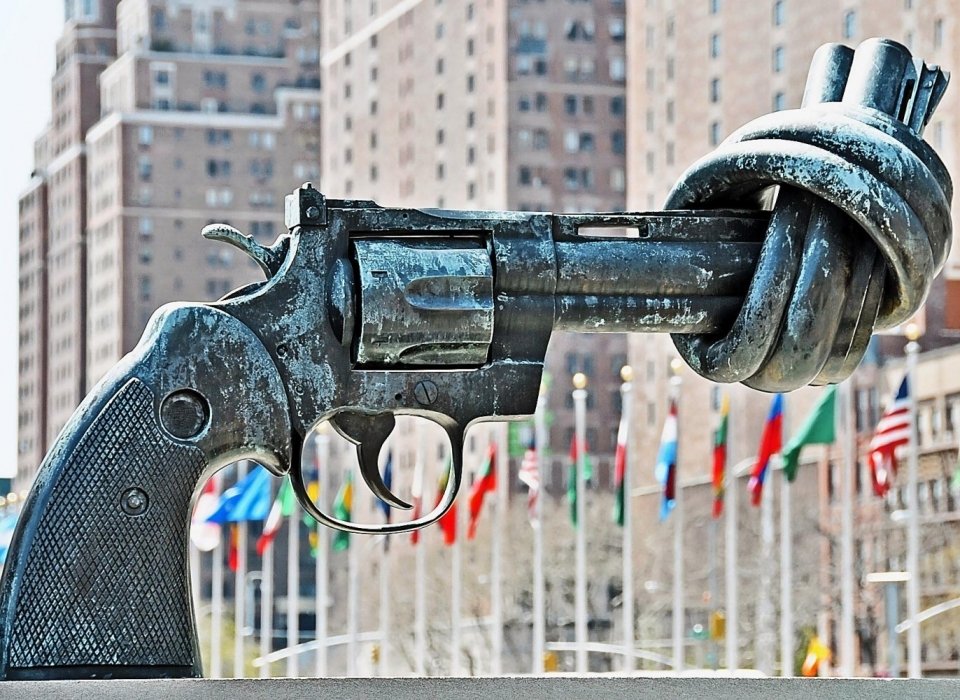 "Where hatred and the thirst for revenge dominate, where war brings suffering and death to the innocent, the grace of mercy are needed to settle human minds and hearts and bring about peace."

The Vatican, 24 January 2003 | In the dark days of the Cold War, Blessed Pope John XXIII's Encyclical Letter Pacem in Terris came as a beacon of hope to men and women of goodwill. Declaring that authentic peace requires "diligent observance of the divinely established order" (Pacem in Terris, 1), the Holy Father pointed to truth, justice, charity, and freedom as the pillars of a peaceful society (ibid., 37). The power of the media to shape human relationships and influence political and social life, both for good and for ill, has enormously increased.

Media and Truth. The fundamental moral requirement of all communication is respect for and service to the truth. The mass media have an inescapable responsibility. They constitute the modern arena where ideas are shared, and people can grow in mutual understanding and solidarity.

Sometimes the media function as agents of propaganda and disinformation in the service of narrow interests, national, ethnic, racial, and religious prejudices, material greed, and false ideologies of various kinds. Humankind must resist this error.

Media and Justice. The media must not serve to set one group against another: for example, in the name of class conflict, exaggerated nationalism, racial supremacy, and ethnic cleansing.

By accurately reporting events, explaining issues, and fairly representing diverse points of view, the media have a strict duty to foster justice and solidarity in human relationships. Get at the roots of grievances and divisions so that they can be understood and healed.

Media and Freedom. Freedom is a precondition of true peace. The media serve freedom by serving the truth. Only when people have free access to authentic and sufficient information can they pursue the common good and hold public authority accountable.

Their privileged status obliges the media to rise above purely commercial concerns. Reporters and commentators have a grave duty to follow their moral conscience's demands and resist pressures to 'adapt' the truth to satisfy the needs of wealth or political power.

As a practical matter, ways must be found to give the weaker sectors of society access to the information and ensure that they are not excluded from having an effective and responsible role in deciding on media.

Media and Love. "The preservation of peace will have to depend on a radically different principle from the operative at present. True peace among nations must depend not on possessing an equal supply of weapons, but solely upon mutual trust" (Pacem in Terris, 113).

The communications media have an immense role to play in building that trust. The men and women of the media are especially bound to contribute to peace in all parts of the world by breaking down the barriers of mistrust, fostering consideration of the point of view of others, and striving always to bring peoples and nations together in mutual understanding and respect, to reconciliation and mercy!

"Where hatred and the thirst for revenge dominate, where war brings suffering and death to the innocent, there the grace of mercy is needed to settle human minds and hearts and to bring about peace" (Homily at the Shrine of Divine Mercy at Krakow-Lagiewniki, 17 August 2002, No.5).

The media are agents of truth, justice, and freedom "founded on truth, built upon justice, nurtured and animated by charity, and brought into effect under the auspices of freedom" (Pacem in Terris, 167).

Read more:'Pope [Francis] calls for peace in Ukraine on 'Easter of war,' warns of a nuclear threat.' 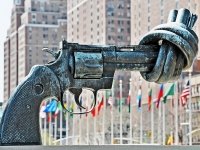