The Evangelical Pope | A Balance of Power Through a Balance of Terror? 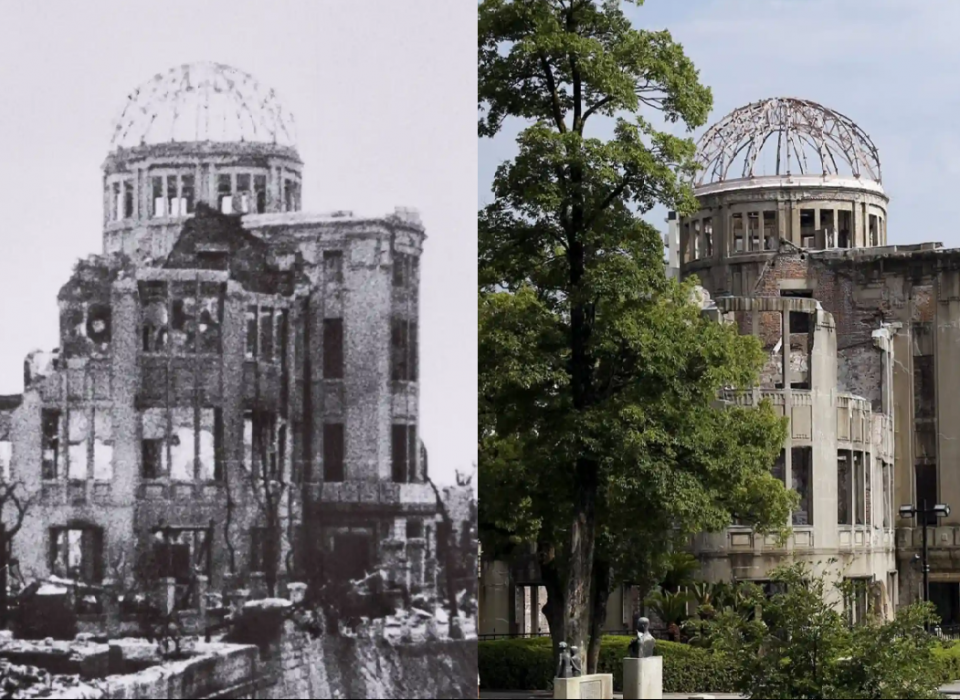 “4 He will judge between the nations

and will settle disputes for many peoples.

They will beat their swords into plowshares

and their spears into pruning hooks.

Nation will not take up sword against nation,

nor will they train for war anymore.“

Hiroshima, Japan  25 February 1981 | War is the work of man. War is the destruction of human life. War is death.

Nowhere are these truths imposed on us more forcefully than in this city of Hiroshima, in this Monument to Peace. Two cities will have their names forever united, two Japanese cities, Hiroshima and Nagasaki, as the only cities in the world that have had the misfortune to be a warning that humankind is capable of unfathomable destruction. They will forever remain the names of the only cities of our time singled out as a warning to future generations that war can destroy human efforts to build a world of peace.

Mr. Mayor, dear friends present, and all of you who listen to my voice and to whom my message will reach:

1. I have come here today with deep emotion as a pilgrim of peace. I have wanted to make this visit to the Hiroshima Peace Memorial out of a deep personal conviction that remembering the past is committing oneself to the future.

United, we remember that it is one of the sad achievements of humanity that over the entire surface of the earth, we commemorate the names of too many – too many – places primarily because they have witnessed the horror and suffering wrought by war: war commemorations, which with victory on one side they also recognize the suffering and death of countless human beings; cemeteries where rest those who have sacrificed their lives in the service of their country or the benefit of a noble cause, and cemeteries where the innocent civilian victims of the destructive fury of war lie; memories of concentration and extermination camps, where contempt for man and his inviolable rights reached their lowest and cruelest expression; the battlefields, where nature has mercifully healed the scars on the earth, but without being able to erase the human history of a past of hatred and enmity. Hiroshima and Nagasaki stand out above all other places and monuments as the first victims of nuclear war.

I bow my head as I recall the thousands of men, women, and children who lost their lives at that terrible moment or who for many years carried in their bodies and minds those seeds of death that inexorably continued their process of destruction. We must still assess the bottom line of the human suffering that began here. Nor has the total human cost been calculated, especially when we see what nuclear war has done and may still do to our ideas, attitudes, and civilization.

2. Remembering the past is committing to the future. I can only honor and applaud the wise decision of the authorities of this city so that the commemorative memory of the first nuclear bomb would be a monument to peace. In so doing, the city of Hiroshima and all the people of Japan have strongly expressed their hope for a peaceful world and their conviction that the man who makes war can also successfully build peace. From this city, and from the events that its name recalls, has emerged a new global consciousness against war. We must have a solid determination to work for peace.

Some people, even those who were alive at the time of the events we remember, might prefer not to think about the horror of nuclear war and its dire consequences. Among those who have never personally experienced the reality of the armed conflict between nations, some would like to abandon the very possibility of nuclear war. Others would like to see nuclear capability as an inescapable tool for maintaining a balance of power through a balance of terror. There is no justification for not raising the question of the responsibility of each nation and each individual in the face of possible wars and the nuclear threat.

3. Remembering the past is committing to the future. I evoke the memory of 6 August 1945, so we can better understand the meaning of the present challenge. Since that fateful day, nuclear arsenals have increased in number and destructive power. The manufacture, testing, and installation of atomic weapons continue. It is impossible to predict the full consequences of a large-scale nuclear war. Still, even if the military uses only part of the available weapons, we have to ask ourselves if we are aware of the spiral that this could provoke and if humanity’s pure and straightforward destruction is not a real possibility. That is why I wish to repeat here what I said before the General Assembly of the United Nations: “The ongoing preparations for war, as evidenced by the production of increasingly numerous, more powerful, and more sophisticated weapons in several countries, testify that there is a desire to being prepared for war, and being prepared means being in a position to provoke it. It also means running the risk that the terrible mechanism of general destruction can be set in motion at any time, anywhere, in any way.” ( Address to the UN General Assembly, 2 October 1979, No. 10; L’Osservatore Romano, Spanish Language Edition, 14 October 1979, page 13).

4. Remembering the past is committing to the future. To remember Hiroshima is to abhor nuclear war. To remember Hiroshima is to commit to peace. To remember that the city’s people have suffered is to renew our faith in humankind, the ability to do good, the freedom to choose what is exemplary, and the determination to turn disaster into a new beginning. Faced with the calamity for humanity that is all war, humanity repeatedly reaffirms that waging war is not inevitable or unchangeable. Self-destruction is not our destiny. Clashes between ideologies, aspirations, and needs can and must be regulated and resolved by means other than war and violence. Humanity is obliged to resolve differences and conflicts by peaceful means. The broad spectrum of problems that place many peoples at various cultural, social, and economic development gives rise to international tension and conflict. We must solve these problems for humanity by the ethical principles of fairness and justice, safeguarded by the main agreements and institutions. A System of laws should give the international community a mandate that regulates international relations and maintains peace, just as legal norms protect the national order.

5. Those who cherish life on earth should encourage Governments and decision-makers in the economic and social fields to act in harmony with the demands of peace rather than with narrow individual interests. Peace must always be the goal: peace pursued and protected in any circumstance. Let us not repeat the past, a past of violence and destruction. Let us embark on the arduous path of peace, the only approach that suits human dignity, the only way that leads to the proper fullness of human destiny, the only path to a future in which equity, justice, and solidarity are realities, not just distant dreams.

6. And so, we are in this place where, 35 years ago, a catastrophe blurred the lives of so many people in one searing moment. I appeal to the whole world in the name of life and humanity; in the name of the future :

To the Heads of State and Government, who hold political and economic power, I say:

Let us commit ourselves to peace through justice.

Let us make a solemn decision now so that war is never tolerated or sought as a means of settling differences.

Let us promise our fellow men that we will work tirelessly for disarmament and the prohibition of nuclear weapons: let us replace violence and hatred with trust and appreciation.

To all the men and women of this country and the world, I say:

Let us assume responsibility for each other and the future without limitations of borders and social distinctions.

Let us educate ourselves and others in the ways of peace so that humanity never becomes the victim of a struggle between competing systems.

May there never be another war.

To young people everywhere, I say:

Unite to create a new future of fraternity and solidarity.

Take care of our brothers and sisters in need, feed the hungry, welcome the homeless, provide freedom to the oppressed, bring justice where injustice reigns, and peace where only weapons speak.

Your young hearts have an extraordinary capacity for good and love. Put them at the service of your fellow men.

To all, I repeat the words of the Prophet:

“They will make plowshares with their swords, and pruning hooks with their spears. Nation will not raise a sword against nation, nor will they train for war” (Isaiah 2: 4).

To those who believe in God, I say:

Let us be firm in his strength that infinitely surpasses us.

Let us unite, knowing that He calls us to unity.

Let us be aware that loving and sharing are not distant ideals but rather the path to permanent peace, the peace of God.

7. And to the CREATOR of nature and of humanity, truth and beauty, I pray:

Listen to my voice. It is the voice of the victims of all wars and violence between individuals and nations.

Listen to my voice. It is the voice of all children who suffer and will suffer when people put their faith in arms and war.

Listen to my voice. I beg you to instill in the hearts of all men the wisdom of peace, the strength of justice, and the joy of brotherhood.

Listen to my voice. I speak for the multitudes of all countries and all periods of history who do not want war and are prepared to walk the paths of peace.

Listen to my voice. Grant us discernment and strength so that we can always respond to hate with love, to injustice with total dedication to justice, to need by sharing what is ours, and to war with peace.

Oh, God! Listen to my voice and grant your eternal peace throughout the world. 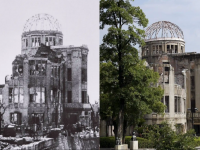