The Day Christian Fundamentalism Was Born

How a meeting in Philadelphia changed American religion forever.

For many Americans, it was thrilling to be alive in 1919. The end of World War I had brought hundreds of thousands of soldiers home. Cars were rolling off the assembly lines. New forms of music, like jazz, were driving people to dance. And science was in the ascendant, after helping the war effort. Women, having done so much on the home front, were ready to claim the vote, and African-Americans were eager to enjoy full citizenship, at long last. In a word, life was dazzlingly modern. 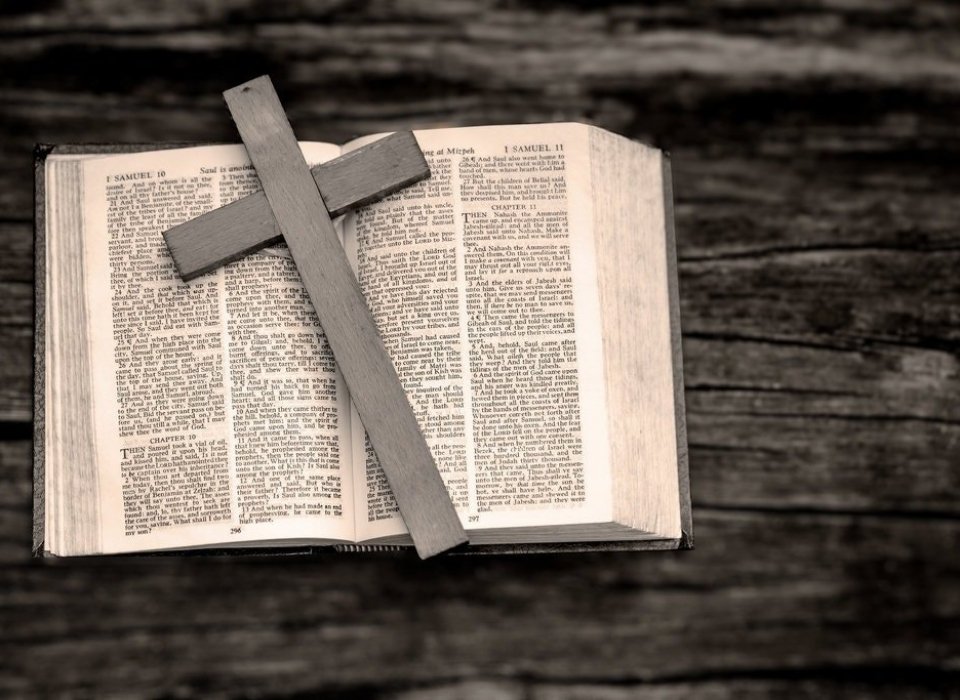 But for many other Americans, modernity was exactly the problem. As many parts of the country were experimenting with new ideas and beliefs, a powerful counterrevolution was forming in some of the nation’s largest churches and Bible institutes. A group of Christian leaders, anxious about the chaos that seemed to be enveloping the globe, recalibrated the faith and gave it a new urgency. They knew that the time was right for a revolution in American Christianity. In its own way, this new movement — fundamentalism — was every bit as important as the modernity it seemingly resisted, with remarkable determination.

Beginning on May 25, 1919, 6,000 ministers, theologians and evangelists came together in Philadelphia for a weeklong series of meetings. They heard sermons on everything from “Christ and the Present Crisis” to “Why I Preach the Second Coming.” The men and women assembled there believed that God had chosen them to call Christians back to the “fundamentals” of the faith, and to prepare the world for one final revival before Jesus returned to earth. They called their group the World’s Christian Fundamentals Association.

A Minneapolis Baptist preacher named William Bell Riley organized the meetings. A tall, austere and uncompromising man, Riley was a natural-born crusader, who rarely saw a religious fight he did not think he could win. Under his leadership, the event drew participants from all around the county. Contrary to popular stereotypes, the centers of fundamentalism were in the nation’s major northern and western cities — New York, Chicago, Denver, Los Angeles, Seattle — and not the rural South.

The men and women at the conference were all white. On questions of race, fundamentalists defended the status quo. African-American and Latino Christians, even when they shared the same theology as their white counterparts, were systematically excluded from fundamentalists’ churches and organizations.

In many ways, the Philadelphia meeting marked the public beginning of the new fundamentalist movement. “The hour has struck,” Riley declared at the time, “for the rise of a new Protestantism.” He described the inauguration of his organization and the rise of fundamentalism as more significant than Martin Luther’s posting of the 95 Theses on the church door in Wittenberg, Germany 400 years earlier.

Unlike more mainstream Protestants, fundamentalists did not expect to see a righteous and holy kingdom of God established on earth. Instead, they taught that the Holy Spirit would soon turn this world over to the Antichrist, a diabolical world leader who would preside over an awful holocaust in which those true believers who had not already been raptured to heaven would suffer interminable tribulations.

Fundamentalists believed that signs, prophesied long ago in the Bible to signal the approaching apocalypse, were beginning to appear. At the conference and in the years that followed, they matched up biblical prophecy with world events. Perhaps the most significant sign was the world war. In the New Testament, Jesus had told his disciples that “wars and rumors of wars” would presage the end times. The horrific conflict that had torn Europe apart seemed to fulfill this prophecy, and fundamentalists predicted that an even greater war loomed on the horizon. While President Woodrow Wilson was in Paris working on the peace treaty, he received a telegram from the fundamentalist William Blackstone. “Do not forget the prophetic word of God,” Blackstone admonished, “For when they shall say, Peace and safety; then sudden destruction cometh upon them.”

The reshaping of Palestine served as another warning that the end was near. Fundamentalists believed that the return of Jews to the Holy Land must precede the second coming of Christ, and the war seemed to make this a real possibility. “Soon the Turk will make his last stand at Jerusalem,” a fundamentalist explained, “the day of salvation will end, the great day of the Lord will begin, the time of trouble such as never was will suddenly break upon the world, the King of glory will appear, and the great conflict so long waged with sin will forever end.” That the British captured Jerusalem in 1917 and declared Palestine a homeland for Jews seemed indisputable proof to fundamentalists that prophecy was being fulfilled.

Fundamentalists viewed the proposed League of Nations as another potential landmark on the road to Armageddon. They were sure that as humans moved toward the end times, governments around the world would cede their independence to a charismatic world leader who would actually be the Antichrist. As the Senate debated the league, fundamentalists made their views clear. One predicted that the leader of the League of Nations would likely be “the Politico-Beast described in Daniel, and in the Book of Revelation … the Anti-Christ!” Their beliefs drove them to support the Senate’s “irreconcilables,” those who fought the president’s efforts to join the league.

Fundamentalists believed that in the end times, oppressive governments would clamp down on Christians’ rights and liberties. As a result, they opposed any expansion of the power of the federal government and became highly suspicious of anything that seemed to undermine their religious freedoms and longstanding privileges. The federal government’s wartime Committee on Public Information validated their fears. “The demand of the State will leave no room for freedom of thought, or independence of action in any direction whatsoever,” the evangelist W.W. Fereday wrote. “The circumstances of the War have already furnished the machinery for this.” “Practically everything and everybody,” he worried, would soon be under government control.

The growing prominence of Darwinian evolution was another problem. Although fundamentalists differed on how to understand the account of creation in Genesis, they agreed that God was the author of creation and that humans were distinct creatures, separate from animals, and made in the image of God. Some believed than an old earth could be reconciled with the Bible, and others were comfortable teaching some forms of God-directed evolution. Riley and the more strident fundamentalists, however, associated evolution with last-days atheism, and they made it their mission to purge it from the schoolroom.

What fundamentalists viewed as declining morals served as yet additional evidence that the Bible’s prophets had accurately forecast the modern age. Jesus had said that just before his return, humans would be acting as they had in the days of Noah and of Lot. In those Old Testament stories, God had punished humankind for engaging in sexual sins. Fundamentalists in turn saw sin in the destabilization of gender roles by the war, which led Americans to compromise their morals. They criticized the ways in which the fight for women’s suffrage was driving women out of the home, and they worried that birth control was undermining the family.

Changes in theology also troubled fundamentalists. Over the previous few decades, many Protestants had sought to conform Christian beliefs to current intellectual trends. They embraced the latest scientific ideas about human evolution and, using literary critical methods, questioned the veracity and historical accuracy of the biblical text. As American Christians encountered new peoples and religions from around the world, some concluded that their faith was not unique, and that perhaps God worked through more than one religion. Fundamentalists did not view these “modernist” theological trends as a product of different interpretive methods and presuppositions. Instead they saw religious modernism as an ominous sign that the last days were now upon them.

The fundamentalist message resonated with hundreds of thousands of white Americans. Fundamentalists were better students of global news than just about any other group of Americans. With their Bibles in one hand and their newspapers in another, they provided careful analyses of current events.

They offered all who would listen access to seemingly secret knowledge. They provided hope and understanding in a seemingly hopeless and senseless world. They assured all who would follow them that when Jesus returned to earth, the ultimate victory would be theirs. Fundamentalists established a form of Christianity that was relevant and up-to-date and that offered not only eternal salvation, but instant deliverance from the problems they saw around them.

But that’s not quite right: Although fundamentalists claimed to represent the traditional faith, they were pioneering innovators who remade Christianity for tumultuous times. There was little “conservative” about them. Although fundamentalists made modernist theology one of their primary enemies, they drew on modernist thought and practice just as much as their liberal counterparts. Their dependence on modernism was most obvious in how they read their Bibles. They treated it like an engineering manual. They saw individual verses as pieces of data that they could extract, classify, cross-reference, quantify, place into taxonomies and then reassemble, to form something new. Unlike actual religious conservatives, they had no sense of tradition or community, nor did they care much for the historic creeds. Fundamentalists were highly individualistic and eager to use the latest technology — radio, especially. Christian fundamentalism and theological modernism were two sides of the same coin; both illustrated the all-consuming power of modernist thought.

Fundamentalism fostered in believers a sense of urgency and certainty and a vision of the world defined in absolute terms. Although fundamentalists felt sure that the end was near, they believed that it was never too late for the individual, the nation or the world to be reborn. While modernist Protestants emphasize patience, humility, willingness to compromise and tolerance on a range of important issues, at least in terms of ideals if not always practices, fundamentalists believed that they were engaged in a zero-sum game of good versus evil.

They had no time or regard for incremental change, or for reasoning with those who differed with them, or for mediation or for gradual reform. They called for drastic and instantaneous solutions to the problems they saw around them. Jesus was coming soon to separate the sheep from the goats, and they wanted to be ready.

The political positions embraced by early fundamentalists, all of which flowed logically from their apocalyptic understanding of the biblical text, hardened over time. They called for limited government and battled anything that seemed to threaten Christians’ rights and freedoms. They fretted about changes in the culture, and especially those that upended what they saw as traditional gender roles. In foreign policy, they championed isolationism and, when they did want the United States to intervene around the world, they called on American leaders to act unilaterally. They also became some of the country’s most ardent and unapologetic Zionists.

Mr. Sutton, a professor of history at Washington State University, is the author of the forthcoming “Double Crossed: The Missionaries Who Spied for the United States During the Second World War.” He is also the author of “American Apocalypse: A History of Modern Evangelicalism.” 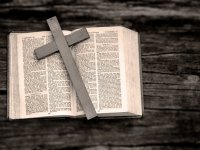