The Coming Greater Depression of the 2020s

While there is never a good time for a pandemic, the COVID-19 crisis has arrived at a particularly bad moment for the global economy. The world has long been drifting into a perfect storm of financial, political, socioeconomic, and environmental risks, all of which are now growing even more acute. 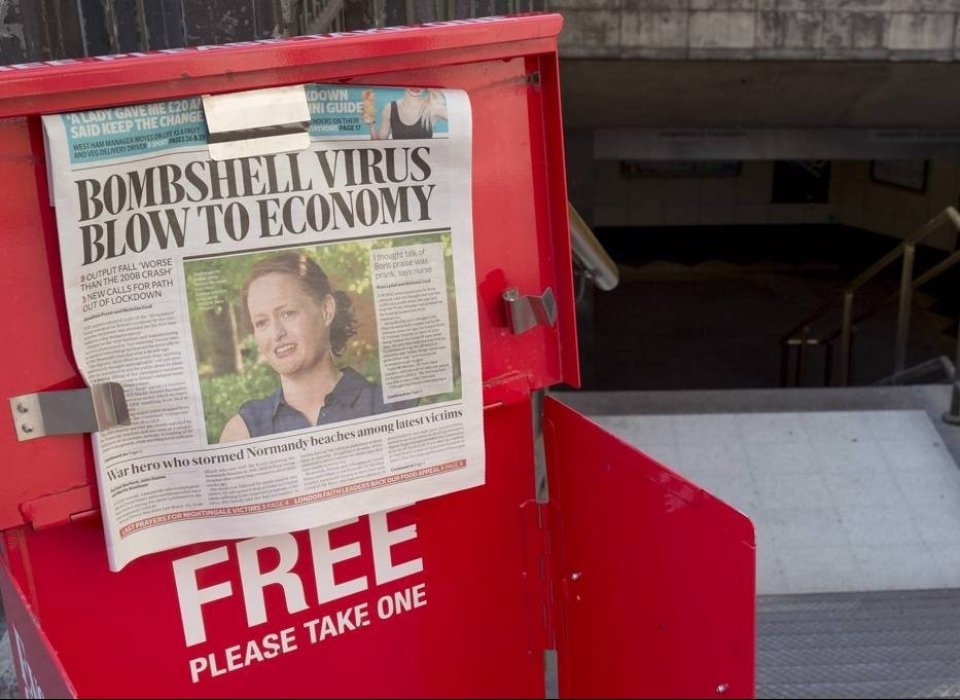 NEW YORK – After the 2007-09 financial crisis, the imbalances and risks pervading the global economy were exacerbated by policy mistakes. So, rather than address the structural problems that the financial collapse and ensuing recession revealed, governments mostly kicked the can down the road, creating major downside risks that made another crisis inevitable. And now that it has arrived, the risks are growing even more acute. Unfortunately, even if the Greater Recession leads to a lackluster U-shaped recovery this year, an L-shaped “Greater Depression” will follow later in this decade, owing to ten ominous and risky trends.

The first trend concerns deficits and their corollary risks: debts and defaults. The policy response to the COVID-19 crisis entails a massive increase in fiscal deficits – on the order of 10% of GDP or more – at a time when public debt levels in many countries were already high, if not unsustainable.

Worse, the loss of income for many households and firms means that private-sector debt levels will become unsustainable, too, potentially leading to mass defaults and bankruptcies. Together with soaring levels of public debt, this all but ensures a more anemic recovery than the one that followed the Great Recession a decade ago.

A second factor is the demographic time bomb in advanced economies. The COVID-19 crisis shows that much more public spending must be allocated to health systems, and that universal health care and other relevant public goods are necessities, not luxuries. Yet, because most developed countries have aging societies, funding such outlays in the future will make the implicit debts from today’s unfunded health-care and social-security systems even larger.

A third issue is the growing risk of deflation. In addition to causing a deep recession, the crisis is also creating a massive slack in goods (unused machines and capacity) and labor markets (mass unemployment), as well as driving a price collapse in commodities such as oil and industrial metals. That makes debt deflation likely, increasing the risk of insolvency.

A fourth (related) factor will be currency debasement. As central banks try to fight deflation and head off the risk of surging interest rates (following from the massive debt build-up), monetary policies will become even more unconventional and far-reaching. In the short run, governments will need to run monetized fiscal deficits to avoid depression and deflation. Yet, over time, the permanent negative supply shocks from accelerated de-globalization and renewed protectionism will make stagflation all but inevitable.

A fifth issue is the broader digital disruption of the economy. With millions of people losing their jobs or working and earning less, the income and wealth gaps of the twenty-first-century economy will widen further. To guard against future supply-chain shocks, companies in advanced economies will re-shore production from low-cost regions to higher-cost domestic markets. But rather than helping workers at home, this trend will accelerate the pace of automation, putting downward pressure on wages and further fanning the flames of populism, nationalism, and xenophobia.

This points to the sixth major factor: de-globalization. The pandemic is accelerating trends toward balkanization and fragmentation that were already well underway. The United States and China will decouple faster, and most countries will respond by adopting still more protectionist policies to shield domestic firms and workers from global disruptions. The post-pandemic world will be marked by tighter restrictions on the movement of goods, services, capital, labor, technology, data, and information. This is already happening in the pharmaceutical, medical-equipment, and food sectors, where governments are imposing export restrictions and other protectionist measures in response to the crisis.

The backlash against democracy will reinforce this trend. Populist leaders often benefit from economic weakness, mass unemployment, and rising inequality. Under conditions of heightened economic insecurity, there will be a strong impulse to scapegoat foreigners for the crisis. Blue-collar workers and broad cohorts of the middle class will become more susceptible to populist rhetoric, particularly proposals to restrict migration and trade.

This points to an eighth factor: the geostrategic standoff between the US and China. With the Trump administration making every effort to blame China for the pandemic, Chinese President Xi Jinping’s regime will double down on its claim that the US is conspiring to prevent China’s peaceful rise. The Sino-American decoupling in trade, technology, investment, data, and monetary arrangements will intensify.

Worse, this diplomatic breakup will set the stage for a new cold war between the US and its rivals – not just China, but also Russia, Iran, and North Korea. With a US presidential election approaching, there is every reason to expect an upsurge in clandestine cyber warfare, potentially leading even to conventional military clashes. And because technology is the key weapon in the fight for control of the industries of the future and in combating pandemics, the US private tech sector will become increasingly integrated into the national-security-industrial complex.

A final risk that cannot be ignored is environmental disruption, which, as the COVID-19 crisis has shown, can wreak far more economic havoc than a financial crisis. Recurring epidemics (HIV since the 1980s, SARS in 2003, H1N1 in 2009, MERS in 2011, Ebola in 2014-16) are, like climate change, essentially man-made disasters, born of poor health and sanitary standards, the abuse of natural systems, and the growing interconnectivity of a globalized world. Pandemics and the many morbid symptoms of climate change will become more frequent, severe, and costly in the years ahead.

These ten risks, already looming large before COVID-19 struck, now threaten to fuel a perfect storm that sweeps the entire global economy into a decade of despair. By the 2030s, technology and more competent political leadership may be able to reduce, resolve, or minimize many of these problems, giving rise to a more inclusive, cooperative, and stable international order. But any happy ending assumes that we find a way to survive the coming Greater Depression.

Nouriel Roubini, Professor of Economics at New York University's Stern School of Business and Chairman of Roubini Macro Associates, was Senior Economist for International Affairs in the White House’s Council of Economic Advisers during the Clinton Administration. He has worked for the International Monetary Fund, the US Federal Reserve, and the World Bank. His website is NourielRoubini.com. 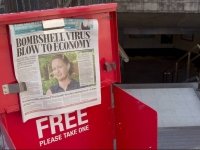