The block impeding coalition against Iran

Why Iran Won’t Bring Israelis and Arabs Together

There’s No Way Around Justice for Palestinians 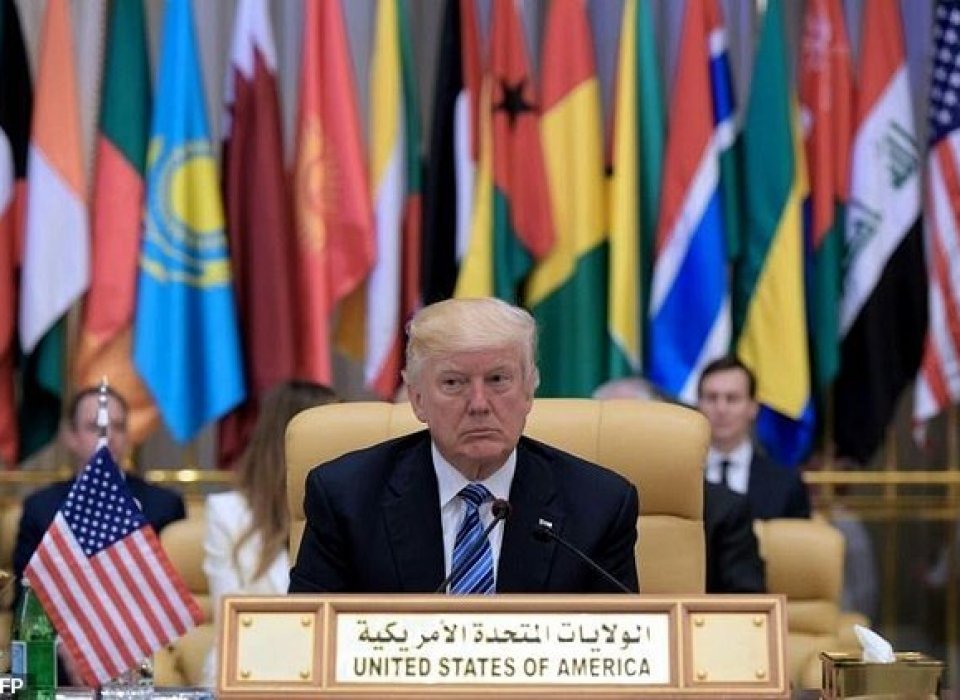 Pres. Trump sits out the Arabic Islamic American Summit in Riyadh on May 21, 2017 on his way to fix the US, Sunni Arab anti-Iran coalition. Photo by AFP.

The “outside-in” approach is all the rage in Middle East peace process circles. The idea is that the threat of an increasingly assertive Iran will bring Israel and influential Gulf Arab states together, creating a chance of resolving the Israeli-Palestinian issue. Indeed, today, as the long-simmering tensions between Gulf Arab states boiled over and with Saudi Arabia, the United Arab Emirates, and others severing ties with Qatar, Israeli Minister of Defence Avigdor Lieberman remarked that this was an opportunity and that “Israel is more than open to co-operation. The ball is currently on the other side.”

The idea of pursuing peace now with willing Gulf States appeals to the right-wing Israeli government and many of its supporters in the policy community, for two reasons. First, if the approach is adopted, it splits the Arabs and puts even more space between the Gulf States and the Palestinians, thereby weakening the latter at the negotiating table. Israel hopes that by further dividing the Arabs, it can drive the minimum Palestinian demands—a sovereign, independent Palestinian state along the 1967 lines—even lower. Israeli Prime Minister Benjamin Netanyahu, for one, has made it clear that he adamantly opposes a sovereign and independent Palestinian state west of the Jordan.

Second, and perhaps equally important, is that if the Arab states do not agree to normalize relations with Israel, as is likely, Israel can then place the blame for the failure of renewed peace talks with the Palestinians on the Arabs. Israel will claim that the Arabs were simply not ready for peace. And few things are as valuable to Israel today as the opportunity to shift the blame for its continued denial of Palestinian rights.

75 percent of Arabs believe that the issue of Palestine should be of universal concern to Arabs.

The key problem with this approach is that its very premise is flawed; although some Arab regimes might view Israel as less of a problem than Iran, Arab publics see things very differently. Public opinion polling confirms that Arabs do perceive Iran as a threat to stability in the region (73 percent), but greater numbers see the United States (82 percent) and Israel (89 percent) as threats. Further, some 86 percent of Arabs oppose their country recognizing Israel. When asked why they oppose recognizing Israel, respondents point to Israeli policies and its behaviour toward Arabs and Palestinians. Further, 75 percent of respondents believe that the issue of Palestine should be of universal concern to Arabs.

Since genuine and lasting peace must be made between people, not just regimes, it is impossible for Israel to have peace with the Arab and Muslim world as long as Arab public opinion remains against it. And it will remain so as long as Israel’s denial of Palestinian rights continues. Beyond that, it is absurd to believe that Arab States will come together now, while the region is still convulsing from uprisings against autocratic regimes in what was the most significant expression of public discontent in the region in a century. Arab regimes are in no mood to take steps in direct opposition to public sentiment. Israeli and Iranian leaders hurl abuse at each other while the people proffer gifts of peace. Cartoon by Mana Neyestani,  an Iranian illustrator and comic book creator.

Just because the outside-in approach is dead on arrival doesn’t mean that policy-makers should stop thinking about the effects of Iranian behaviour on peace and stability in the region. Iran does provide money and weapons to its allied states and sub-state actors. But both are outweighed by far greater amount of money and weapons provided by Iran’s U.S.-backed adversaries.

One important instrument of Iranian leverage is, of course, Iran’s lock on “resistance” because of its opposition to both the United States and Israel, and no amount of U.S. backing will take that away. Iran is able to highlight its enemies’ coziness with the United States and Israel, which puts already repressive and vulnerable Arab regimes in further tension with their own publics. In country-by-country breakdowns of public opinion, even in Saudi Arabia, where anti-Iranian messaging has been very prominent, more respondents name Israel (31 percent) and the United States (22 percent) as threats to the region than Iran (20 percent). American support for Israeli policies toward the Palestinians is the key reason.

A true Israeli-Palestinian peace, one in which there is a full recognition of Palestinian rights under international law, could indeed further regional stability. This is not because every regional conflict is caused by Israel’s treatment of Palestinians, but rather because Palestine continues to be the main field on which the geostrategic game between Tehran and Riyadh is played. It is also why “outside-in” won’t work. Instead, the United States must press Israel to end its denials of Palestinian freedom, justice, and equality.

Yousef Munayyer is a Palestinian American writer and political analyst based in Washington, D.C.. Munayyer was born in Lod, Israel. He is the Executive Director of the US Campaign for Palestinian Rights.