The American Jewish war over Zionism can begin

Zionism destroys everything in its path. It has corrupted every major American Jewish organization. And Netanyahu's return allows American Jews to acknowledge this. 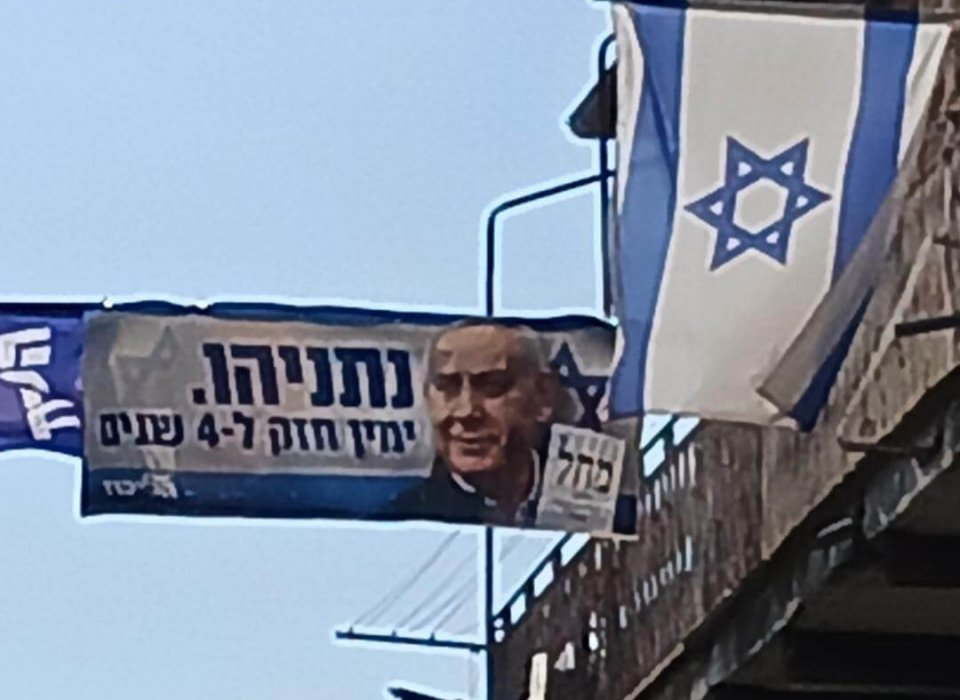 "Oh yes, those Israelis are tough.
Tough like Nazis were tough.”

I last visited Israel in 2018 just before it passed the constitutional law declaring the country the nation state of the Jews, and in those four years it has become a narrower place. The signs of religious nationalism are everywhere today, even near Tel Aviv. The settlers have now taken over the army (Yossi Gurvitz tells me), and when activists visit hotspots in the South Hebron Hills settlers smash their car windows with rocks as soldiers do nothing. The young bartender at the King David Hotel tells me there is no occupation, those are Jewish places not the West Bank.

When I was young, my girlfriend came back from Israel and said, “It’s hard there, they are tougher than we are,” as a form of praise. American Jews admired those Jews for being tough. Now it’s different. The ugliness of Israel is inescapable. The guns everywhere. The hatred of Palestinians. The complete acceptance of apartheid.

The importance of Tom Friedman’s article saying the Israel we knew is gone is not about Palestinians. No, the Israel Palestinians know is the same. It is about American Jews. They are finally catching a clue. That is the importance of last week’s election, the Itamar Ben-Gvir election, in which his fascistic Religious Zionism party took 14 seats, and hard right wing parties took 74 (per Dahlia Scheindlin). The new ugly Israel will alienate American Jews, as Israel lobbyists Dennis Ross and David Makovsky openly fretted in an Op-Ed.

Tom Friedman is following in the footsteps of Peter Beinart and Jeffrey Goldberg: Zionist journalists who stood up for Israel again and again in the public square then had enough. Beinart is the bravest, he has come out for one state. Goldberg completely disappeared when he saw that the occupation was devouring Israel five years ago. Now Friedman is pivoting, and liberal Zionists are in complete meltdown; J Street wants to change the subject to AIPAC and the U.S. elections.

Zionism—the ideology Ben-Gvir and Netanyahu embody, one of Jewish supremacy in the Jewish land– is at last becoming problematic for American Jews.

The disarray is a good thing. Zionism—the ideology Ben-Gvir and Netanyahu embody, one of Jewish supremacy in the Jewish land– is at last becoming problematic for American Jews. They are up to their chins in a discriminatory ideology, and so we begin a war over Zionism that will bring down the Israel lobby in the next ten years. Because Zionism destroys everything in its path.

It took decades for Zionism to win in America. Herzl was an embarrassment to Jewish leadership till Brandeis converted to Zionism in 1916. It took the rise of Nazism in the 30s to swing the Jewish establishment over to Zionism as a program in 1942; and by 1967 of course, the ravishment was complete. Tom Friedman was giving chalktalks on the Israeli military movements to his high school classmates, and later saw his job at the New York Times as making Israel’s case in America. “Israel had me at hello,” he confessed at the 92d Street Y a couple of years ago.

Maybe the biggest lie the Israel lobby purveyed was that the United States had to hug Israel in order for it to make progress with the Palestinians. America hugging Israel and granting it impunity in international forums is what gave us the Jewish Nation State law in 2018, the shutdown of leading Palestinian human rights organizations in 2021, the murder of the journalist Shireen Abu Akleh in May, and the rise of Ben-Gvir. Hugging Israel has encouraged its mass psychosis: the belief that militant apartheid is the only response to the political problem of millions of Palestinians without any rights.

Hugging Israel is what kept Israel from responding in good faith to the one true miracle of its history—the fact that Palestinian leadership accepted its existence on the ’67 lines back in 1988.

No doubt Ben-Gvir, a convicted terrorist, is in the DNA of religious Zionism. Zionism’s first step toward sovereignty in 1948 was the Nakba, the ethnic cleansing of Palestinians so that there would be a “strong Jewish majority” on far more land than the U.N. had granted the Jewish state. The Nakba has never ended; it was lately affirmed by the Nation State law that gives Jews the “exclusive right of self determination” in the land– apartheid under law.

Palestinian resistance to this regime is what gave Ben-Gvir his 14 seats. He ran on the claim that Defense Minister Benny Gantz – who bragged of bombing Gaza into the Stone Age in 2014 – was too soft on Palestinians. So killing nearly 200 Palestinians so far this year is soft. Oh yes, those Israelis are tough. Tough like Nazis were tough.

Zionism has caused nightmares and heartache and misery for Palestinians for decades, but as the media consultant, and Mondoweiss contributor, Ghousoon Bisharat said to me in Haifa, Ben-Gvir is not our problem, he is the Jews’ problem.

Finally American Jews will see what Zionism has done to us, corrupted almost every Jewish institution with racism, turned Jewish leaders into apologists for persecution and massacres.

And now he is the American Jews’ problem. Finally American Jews will see what Zionism has done to us, corrupted almost every Jewish institution with racism, turned Jewish leaders into apologists for persecution and massacres. “You must explain to me how the most accomplished most highly educated most liberal group in America has embraced apartheid,” John Mearsheimer said to me years ago.

That accounting is finally upon us. It won’t be easy. Those Jewish groups are still committed to apartheid. The AJC and ADL have lately doubled down with new hack CEOs to carry out the Zionist project in the U.S. David Makovsky rationalizes apartheid by praising Zionism’s “institutions” on a Democratic Majority for Israel briefing. I guess he meant Qalandiya checkpoint. Where Palestinians have their faces rubbed in humiliation.

Makovsky and Ross and DMFI and ADL and the liberal Zionists too are terrified of anti-Zionists. They are terrified of how Ben-Gvir will put the wind in our sails, terrified that groups they consider marginal, Jewish Voice for Peace and IfNotNow, will spring to the leadership of the young. They are right to be terrified. The war over Zionism inside American Jewish life has begun. 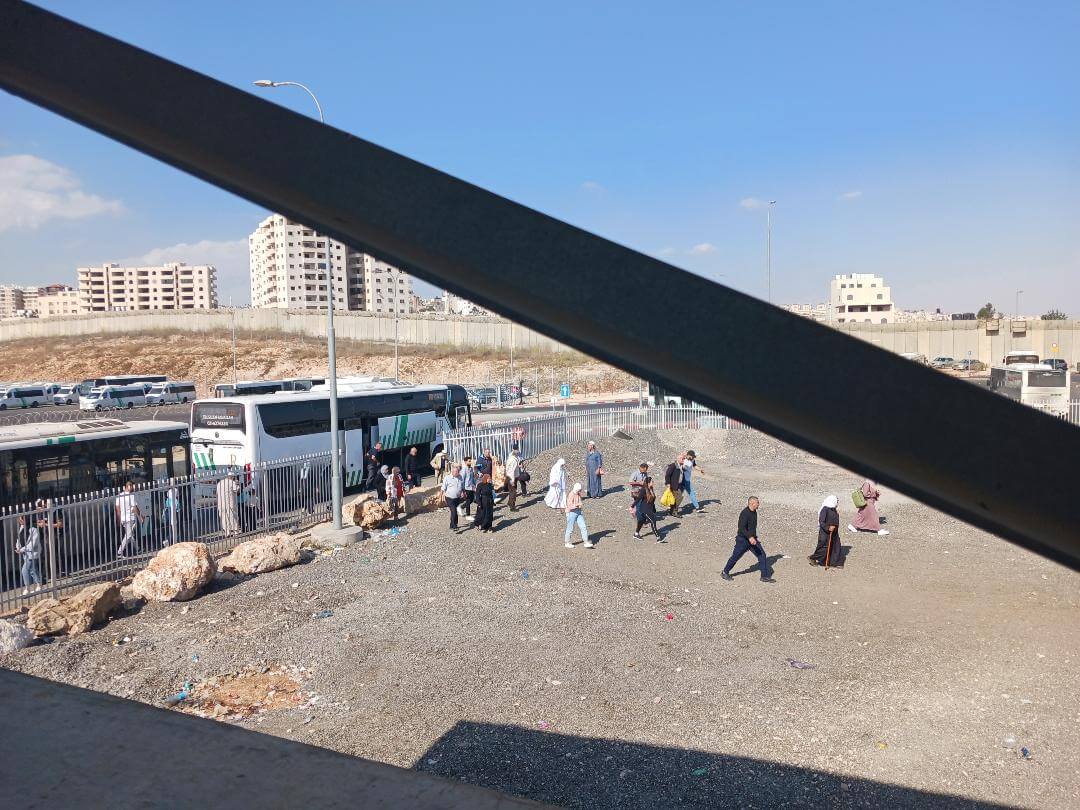 Philip Weiss is senior editor of Mondoweiss.net and founded the site in 2005-06. 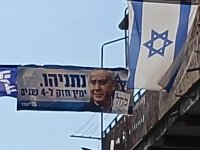