Religious bigotry is alive and well in Israel 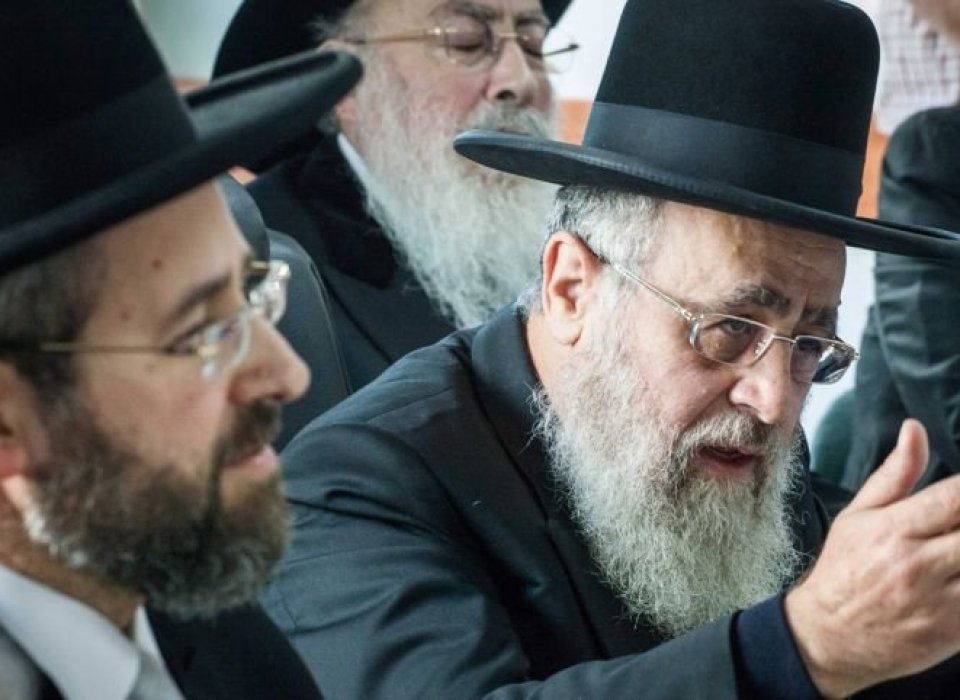 The number of Israelis featured on a blacklist of  “unmarriageable” individuals, maintained by the Chief Rabbinate, has grown exponentially over the past two years, a new document obtained through a Freedom of Information Act inquiry shows. The list refers to individuals who are recognized as Jewish in the Population Registry but who are prohibited from marrying in Israel for various reasons.

This spike, as documented in a recent petition to the Supreme Court, coincides with a relatively new practice embraced by the Chief Rabbinate: Over the past two years, its representatives have begun summoning immigrants, already recognized as Jewish and who married in Israel, for background checks after doubts were raised about the religious status of relatives seeking to marry in the country. In such cases, after the marriage applicants had their request to marry denied, their relatives in Israel were suddenly notified that their Jewish status was either revoked or awaiting clarification.

According to the newly released document compiled by the administrative offices of Israel’s rabbinical courts, almost 900 Israelis were added in 2015 and 2016 to the list of “unmarriageable” individuals in the following two categories: “pending clarification” and “non-Jews.” In all cases, these were individuals who were previously registered as Jewish.

The Chief Rabbinate began compiling its blacklist of “unmarriageable” Israelis in 1954. Since then, the total number of individuals in these two categories has been fewer than 4,000. That means that 22 percent of them were added in the past two years alone. Other categories included on the blacklist are “mamzerim” (the offspring of relationships forbidden by Jewish law), individuals suspected of still being married or divorced couples who have resumed living together. The total number of individuals on the list, since it was first compiled, is close to 6,800.

These numbers were compiled by the administrative offices of Israel’s rabbinical courts in response to a Freedom of Information Inquiry submitted by ITIM, an organization that advocates on behalf of immigrants facing challenges from Israeli religious authorities.

They are cited in an appeal to the Supreme Court filed by the organization several weeks ago on behalf of four families in Israel whose members were recently added to the blacklist.

The appeal was filed after the highest court of the Chief Rabbinate ruled, on appeal, that its representatives are authorized to reexamine the Jewish credentials of Israelis who have already been recognized as Jews in Israel. The ruling was issued in December, just days after the Chief Rabbinate published a new regulation allowing it to investigate the religious status of Israelis even if they are not applying to marry in Israel and even if they were already recognized as Jewish for the purpose of marriage.

In its appeal, ITIM argues that the Chief Rabbinate does not have this authority. It also argues that such background checks constitute an invasion of privacy.

According to Rabbi Seth Farber, the founder and executive director of ITIM, never in the past have relatives of marriage applicants had their Jewish status revoked or subject to further clarification.

“The idea that the Chief Rabbinate can suddenly ‘un-Jew’ individuals,” he said, “is completely antithetical to halakha (Jewish religious law), which states that one must take the word of people who say they are Jewish,” he said.

Representing the four families whose Jewish status in Israel has been challenged are also the Center for Women’s Justice and the Rackman Center for the Advancement of the Status of Women at Bar-Ilan University.

One case involves an American-born woman who married an Israeli in a civil ceremony in Florida in 1984. The couple moved to Israel that year, and the woman and the couple’s oldest child converted to Judaism the following year. Both were subsequently registered as Jewish in the Population Registry, as were two daughters later born to the couple. A few years ago, the oldest daughter applied to marry in Israel. In the process, her mother was notified by a representative of the Chief Rabbinate that her marriage was no longer valid because she was not Jewish. Her daughter subsequently decided to marry in a civil ceremony in Cyprus. The couple’s other daughters were notified that their names had been added to the blacklist until further clarification.

A second case involves a family of immigrants from the former Soviet Union. Recently, a relative of theirs who applied to get married in Israel was rejected because he could not provide sufficient proof that he was Jewish. After he was rejected, all his family members, who had already been registered as Jewish, were notified that their Jewish status was now pending clarification. A third case involves another family that immigrated to Israel from the former Soviet Union. When a daughter of theirs applied to get married two years ago and was not able to provide sufficient proof of her Jewish ancestry, all her relatives in the country, who already had been registered as Jewish, were subsequently informed that their religious status was now also pending clarification.

The fourth case also involves a family of immigrants from the former Soviet Union. In this particular case, an investigation was launched when a member of the family sought to divorce her husband, citing domestic violence. The estranged husband, in response, claimed that his wife had converted to Christianity. Based on this claim, which the woman categorically denied, the Chief Rabbinate notified relatives, who had already been registered as Jewish, that their Jewish status was now pending clarification.

Commenting on the four cases, Farber said: “ Behind each story here are real families who have had the carpet pulled out from under their feet. Halachic Judaism is not meant to cause suffering. By initiating Jewishness investigations, the rabbinate is further undermining its historic role in Israel.”

A few months ago, it emerged that the Chief Rabbinate also maintains a blacklist of rabbis from abroad whose letters of certification for the purpose of marriage it does not honor. This controversial list was also obtained through a Freedom of Information Act inquiry. The Chief Rabbinate has since announced that it plans to make public a new list of criteria for approving rabbis from abroad for such letters of certification.