This week in Say More, PS talks with Raghuram G. Rajan, a former governor of the Reserve Bank of India and a professor at the University of Chicago Booth School of Business. 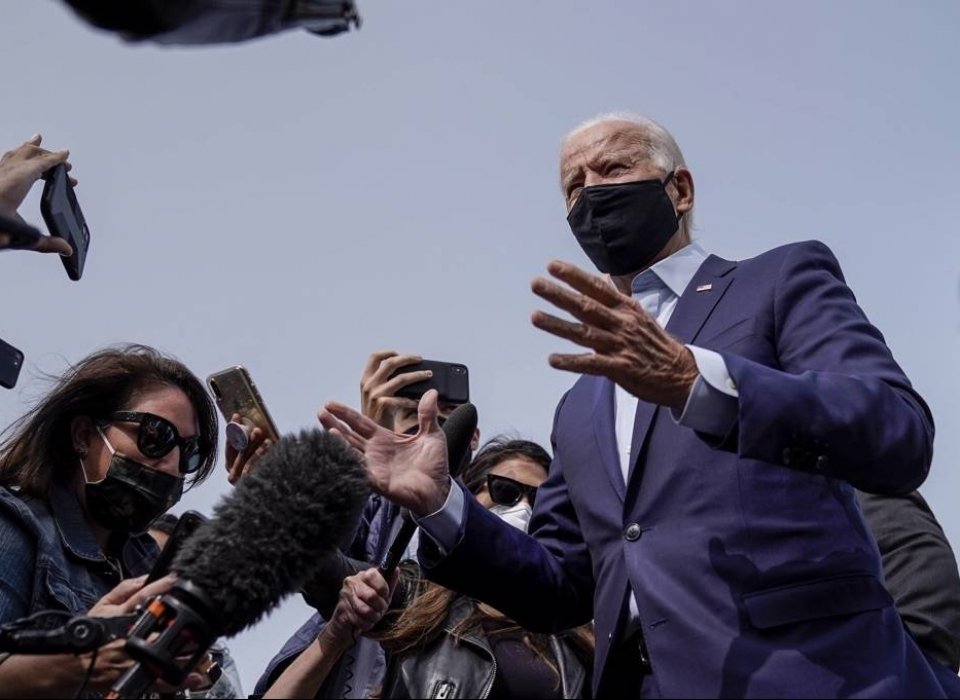 Project Syndicate: Last March, you noted that a crisis on the magnitude of the COVID-19 pandemic could trigger at least two direct economic shocks: to production and to demand. In the case of the United States, the health and economic crises have now been compounded by a political one, culminating most recently in the storming of the US Capitol by supporters of Donald Trump. Against this background, how do you view President Joe Biden’s chances of “advancing sensible policies that address the problems facing the precariat without ushering in class warfare?”

Raghuram G. Rajan: I think the Biden administration has an opportunity to tackle the problems of the precariat, thereby winning over some of the disgruntled. But that does not mean writing a massive check to realize all the fantasies of the Democratic Party’s progressive wing (such as forgiving student debt). It does mean sitting down with sensible Republicans and devising bipartisan policies that address the challenges facing left-behind communities. These include the provision of universal internet access, remedial education in schools for those who have fallen behind during the pandemic, and decent health care for all.

PS: Criticizing Modern Monetary Theory, you wrote that “it is not enough for a government to ensure that it can afford to make its interest payments; it also must show that it and its successors can repay the principal,” because investors will buy new debt only if they are confident that “the government’s current and future tax revenues (net of critical spending) will be sufficient to repay its accumulated debt.” How acute is this risk in the case of the US, the issuer of the world’s leading reserve-currency? How should concerns about debt sustainability and future inflation factor into the Biden administration’s near-term agenda, which ostensibly includes significant “support for poor and vulnerable households” during the COVID-19 crisis?

RGR: I do not think we are close to the US debt limit. But just because we can spend does not mean that we should. If previous generations had done that – writing themselves enormous checks every time there was a recession – we would not be in a position to alleviate the pain caused by the current crisis. Likewise, we should not be unnecessarily profligate, thereby eroding our – and our children’s – capacity to deal with future emergencies.

That means setting priorities. I would certainly place “support for poor and vulnerable households” during the COVID-19 crisis high on this list. Similarly, extending unemployment insurance makes sense for as long as social-distancing protocols impede a rebound in some sectors and states.

But I am not sure we need to keep sending checks to households that have not been hurt by the pandemic. Given the quantum of pent-up savings, I agree with Larry Summers that additional untargeted transfers – which add to the public debt – are unlikely to be useful.

PS: In August, US Federal Reserve Chair Jerome Powell unveiled a new approach to setting US monetary policy. The Fed now targets average inflation over time, in order to allow for inflation above 2% following periods of weakness. Has the discussion since the Fed’s announcement advanced your recommended objective of “shattering the mystique surrounding central banking” and improving the public’s understanding of what monetary policy can (and cannot) accomplish?

RGR: The Fed has certainly made an effort to communicate with the broader public. The problem is that, depending on the situation, there are some things it can do more easily (boost financial markets) than others (boost real economic activity). Furthermore, the Fed can never admit that it has run out of tools. This puts immense pressure on the central bank to keep doing something to bolster the economy, and to compensate for the absence of other, potentially more effective policies. This pressure can lead to actions that may turn out to be counterproductive in the longer run. So, for example, accommodative policies from the Fed (and other central banks) have boosted asset prices around the world. How does this end without the Fed becoming a prisoner of the forces it has unleashed? It is hard to say.

PS: In 2016, while you were serving as vice-chairman of the Bank for International Settlements (BIS), you advocated a new set of monetary rules to “prevent a central bank’s domestic mandate from trumping a country’s international responsibility.” In your view, “policies with few adverse spillovers should be rated ‘green’; those that should be used temporarily could be rated ‘orange’; and policies that should be avoided at all times would be ‘red.’” During the COVID-19 crisis, have central banks implemented policies that you would classify as “red?” Are there “orange” policies that you worry will be upheld for too long?

RGR: It is rare for a central bank deliberately to undertake a “red” policy. It is far more likely to implement “orange” policies, which have some adverse spillovers that build up over time. For example, the very easy financing conditions engendered by reserve-country central banks have driven an enormous amount of money into risky assets, including in emerging-market economies.

In the early days of the pandemic, when emerging markets were experiencing capital flight, they welcomed these easy policies, which ended the flight. Indeed, it may have been too much of a good thing, since huge amounts of capital has flowed back in. But many of these countries are now on edge, as any signal of monetary-policy tightening by reserve-country central banks could trigger another tsunami of outflows, much like the “taper tantrum” of 2013, when the Fed suggested that it would begin curtailing asset purchases.

Emerging-market economies cannot expect reserve-country central banks to uphold accommodative policies forever. At the same time, reserve-country central banks must recognize that any change in their policy stance will have significant spillover effects on emerging markets. And the longer they wait, the larger those spillover effects will be. Who said policymaking was easy?

PS: At a 2005 gathering of leading economists in Jackson Hole, Wyoming, you warned that unsustainable banking practices and risky financial instruments could lead to economic collapse. With your audience’s mood buoyed by rising property prices, your paper was met with a chilly reception. But, less than three years later, your warnings proved prescient. Have economists’ risk perceptions improved since then? What actions could improve them further?

RGR: Much like generals, we economists learn how to fight the last war. Then we apply those lessons in the next war – sometimes inappropriately. Today, we have a better handle on risk-taking by banks than we did in 2005. But the risks have now moved elsewhere, not least because we have taken action to limit those related to banking. After the COVID-19 crisis, we will need to examine policies that lead to increased leverage, especially in, and by, entities outside the formal banking system.

PS: In your 2010 book, Fault Lines: How Hidden Fractures Still Threaten the World Economy, you warned that reforms had not addressed the underlying income inequality and stagnating middle-class earnings that helped cause the 2008 meltdown. More than a decade later, the COVID-19 crisis is threatening to exacerbate inequality further, including, as you mention in a recent article, as a result of a cascade of small-business bankruptcies. What reforms are needed most urgently to prevent this outcome and a “doom loop” of crises

RGR: Once again, there are no easy answers. In poor and disadvantaged neighborhoods, not only is it hard to launch new businesses, even tiny ones; existing businesses are also sometimes essential threads in the community’s already weak social and economic fabric. The social cost of letting such businesses fail is likely high. Given this, policymakers should place a higher priority on protecting businesses in such communities.

As a general principle, however, it is not a good idea to offer indefinite support to small businesses. Perhaps the most sensible policy, then, is for the government to let those that must close do so, support their workers with unemployment insurance, and ensure sufficient financing credit when the rebound is underway, so that the owners of those businesses – and other entrepreneurs – can start anew.

PS: As Governor of the Reserve Bank of India, you managed to bring inflation under control, reduce the current-account deficit significantly, reverse the rupee’s collapse, and stabilize the economy, thereby convincing foreign investors to return to India. If you assumed the same position during today’s crisis, which measures would be at the top of your agenda, and which complementary measures would you want the government to pursue?

RGR: As a rule, I do not comment on the RBI’s recent policies. I will, however, note that going forward, an important task will be to clean up the corporate sector, and ensure that bank balance sheets are recapitalized. Otherwise, financial distress will continue to impede growth.

PS: In your 2019 book, The Third Pillar: How Markets and the State Leave the Community Behind, you write that “society has to find a new equilibrium,” in which communities and individuals are empowered to navigate today’s economic and technological disruptions. How has the pandemic and its attendant effects on work and living patterns – some of which may prove lasting – affected your thinking on this issue? Will developments like the rapid uptake of remote work, or the departure of some high-skilled professionals from city centers, lead to a new equilibrium, or to even more instability and inequality?

RGR: I think the possibility of working from anywhere creates an opportunity to spread economic activity across any given country – provided amenities like broadband are widely available. This could reduce place-based inequality, an important concern around the world. More generally, the pandemic has highlighted many new ways to use technology, such as distance learning. Policymakers should incorporate these developments into their strategies for “building back better.”

Raghuram G. Rajan, former governor of the Reserve Bank of India, is Professor of Finance at the University of Chicago Booth School of Business and the author, most recently, of The Third Pillar: How Markets and the State Leave the Community Behind. 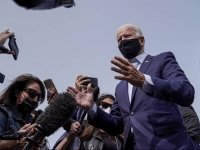