Documents obtained from the Israeli government show US pro-Israel organizations secretly used Israeli money to influence US policies. Such behavior is illegal under US law. Yet, mainstream media so far are ignoring the information, and Congress shows no interest in investigating this evidence of foreign tampering. A Congressional caucus with 80 members is connected to one of the groups… 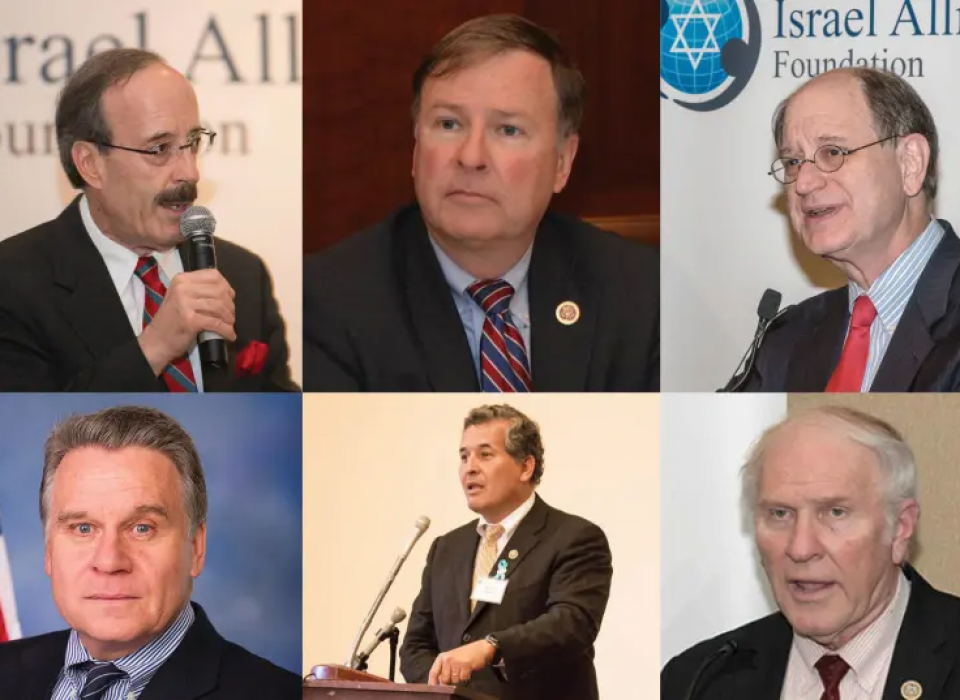 While mainstream media have been eager to report sometimes highly dubious allegations* of Russian interference in U.S. political processes, they are ignoring detailed reports of Israel secretly funding U.S. organizations to influence Americans. It is illegal in the United States to use money from a foreign government to advocate for that country without declaring the funding.

Yet, there seems to have been no coverage of this matter in the New York Times, Washington Post, Associated Press, Fox News, etc. (Such media omission on Israel is not rare. Mainstream media have also failed to report on current legislation to give Israel a $38 billion aid package; this amounts to over $7,000 per minute.)

According to reports in the Israeli media, Jewish publications in the US, and one Christian news site (see below), documents have been obtained from the Israeli government that detail covert Israeli actions to funnel money to pro-Israel organizations in the United States.

In the early 1960s Senator William Fulbright conducted hearings that produced nearly 300 printed pages of testimony exposing the Israel lobby to be one of the “most effective networks of foreign influence” in the United States. Author Alfred Lilienthal reported:

“This penetration by masked funds, as revealed by Senator Fulbright, […included] such techniques to influence public opinion in favor of a pro-Israeli foreign policy as ‘placement of articles on Israel in some of America’s leading magazines,’ arranging for radio and TV programs ‘sympathetic’ to Israel, and subsidizing trips to Israel by such ‘public opinion molders’ as Christian clergymen, academics and mass media representatives.”

Today, US politicians such as Adam Schiff have pushed numerous investigations into alleged foreign and domestic wrong-doing, but have ignored Israeli actions. The cause of this neglect is unknown, but it could be related to the fact that some, like Schiff and Engel, are Israel partisans themselves, and that many others with no personal connections to Israel often rely on pro-Israel campaign funders in both parties whose donations are predicated on support for Israel.

Another factor could be the bipartisan, 80-member strong Congressional Israel Allies Caucus, which is associated with the Israel Allies Foundation. The latter is one of the groups reported to have violated US law.

An international organization, the Israel Allies Foundation (IAF) has established entities all over the world. The foundation was founded in 2007, according to its Wikipedia entry, by Israeli rabbi Benny Elon, a well-known figure in the radical settler movement who favored annexing the Palestinian territories, and “voluntary” transfer of Palestinians. Elon had previously served as Israeli Tourism Minister and used his position to establish ties with the American evangelical Christian community.

IAF boasts that it has influenced numerous actions in the US regarding Israel through its associated Congressional Israel Allies Caucus. The list of the caucus members does not appear to be public, but the foundation says it contains over 80 members. Its co-chairs are listed as Eliot Engel, D-NY; Steve Chabot, R-OH; Brad Sherman, D-CA; Chris Smith, R-NJ; Doug Lamborn, R-CO; and Juan Vargas, R-CA. (Phone calls and emails to co-chairs offices requesting information on the caucus’s membership were not returned.)

The fundraising arm is the Israel Allies Caucus Foundation, registered as an American tax exempt organization. Its president is Josh Reinstein, who has been listed among “The Jerusalem Post‘s 50 most influential Jews.” The Post notes: “Reinstein, who also serves as an external adviser to the Public Diplomacy and Diaspora Affairs Ministry, believes that Christian support for Israel is vital to its interests. As the producer and founder of Israel Now News, a half-hour TV weekly broadcast to 35 million Christians in 191 countries, Reinstein transforms Christian grassroots support into legislation.”

Below is a promotional video from the Israel Allies Foundation.

(The video ignores the fact that Israel was established through ethnically cleansing Christian and Muslims, who had made up the large majority of the inhabitants of the land originally called Palestine, and routinely discriminates against them. It ignores Israel’s long documented human rights abuses, ignores Israel’s history of spying on the US and trying to sink a US Navy ship, and makes false claims about Iran, long targeted by the Israel lobby.) 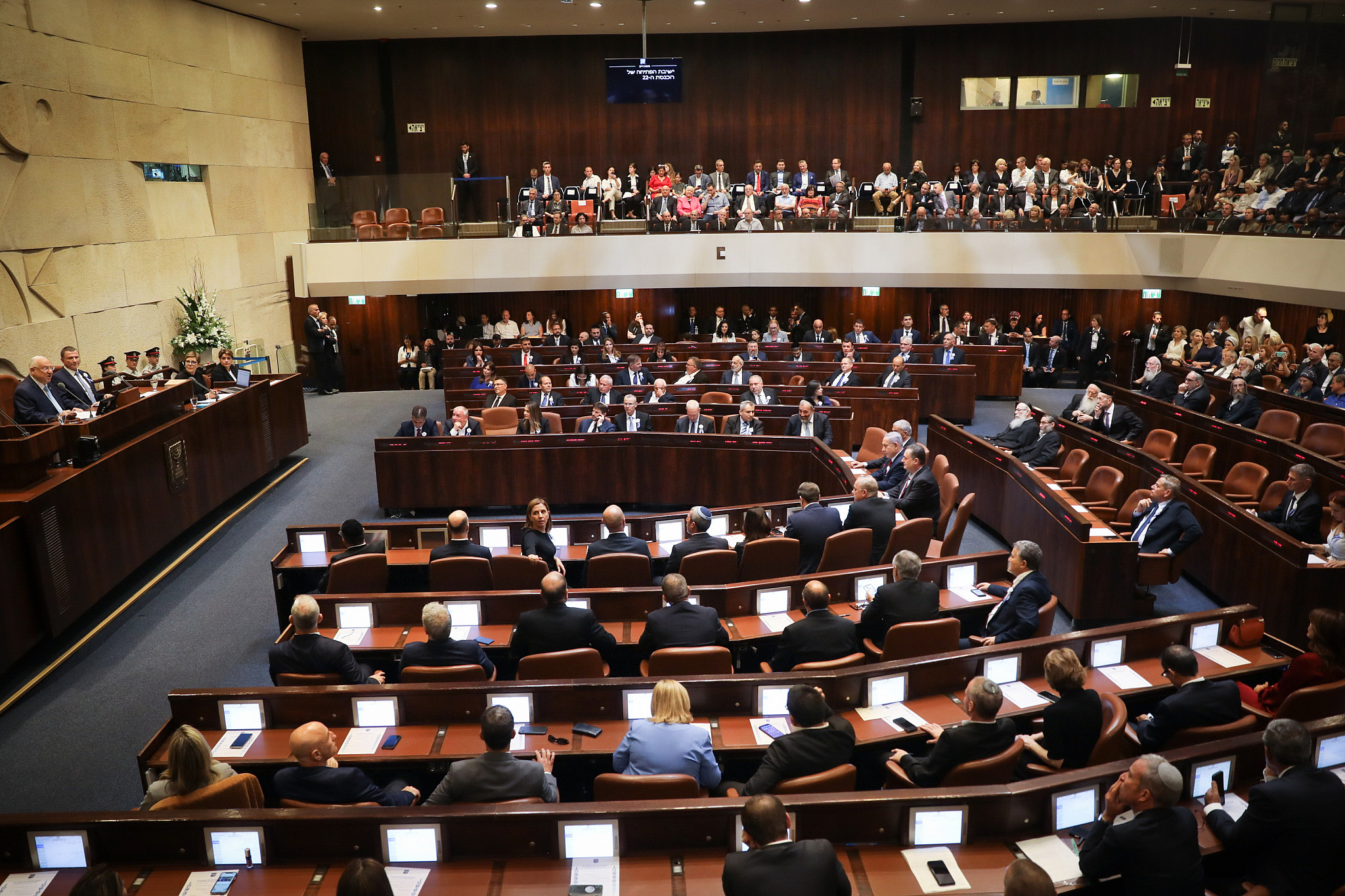 Some of the additional organizations that the Israeli documents name are Aish Hatorah’s Hasbara Fellowships, StandWithUs, Christians United for Israel (CUFI’s founding director is David Brog, listed in The Forward‘s “most influential Jews in America”), and the America-Israel Friendship League, whose upcoming gala will honor Michael Mukasey, a former federal judge who served as the 81st Attorney General of the United States. (Mukasey is currently lobbying for a group called “National Council of Resistance of Iran,” which is working to topple the Iranian government. The Council is the political arm of MEK, known for its terrorist actions).

Other groups – including the ADL, Jewish Federations of North America and the Jewish Council of Public Affairs – turned down the money out of concern about the requirements of US law. According to The Forward, they were also concerned “that they’d be accused of ‘dual loyalty,’ or that the grants would complicate their claims that they represent American Jewish interests, which are often similar but not identical to Israeli ones.” (There is no evidence that these organizations reported the secretive project to US authorities.)

It’s time for mainstream US media and the US government to investigate the evidence provided in these reports. No one should be above the law, including U.S. Congress members.

For the recent reports revealing this information see:

Alison Weir is executive director of If Americans Knew, president of the Council for the National Interest, and author of Against Our Better Judgment: The Hidden History of How the U.S. Was Used to Create Israel. 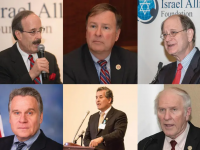