Politics is religion, and the right is getting ready for the end times

As politics has become a religion in so many lives, political discourse has taken on theological overtones. I am not referring to President Trump’s accusation of a “witch hunt,” which places the FBI in the role of Puritan divines. This is merely an absurd metaphor. 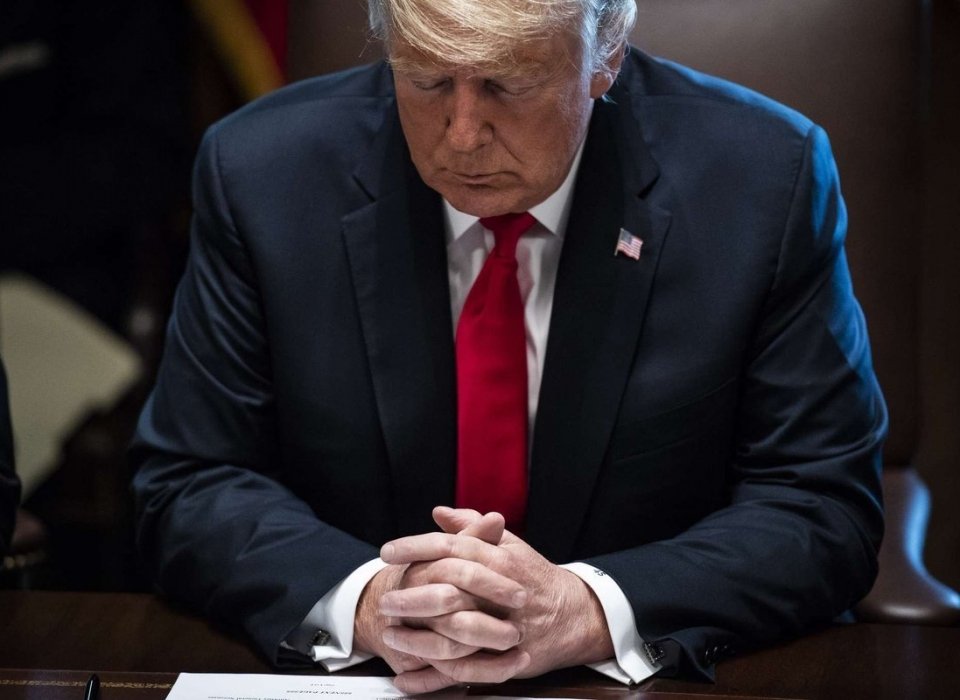 President Trump bows his head and closes his eyes as Secretary of State Mike Pompeo leads a prayer during a Cabinet meeting at the White House in August 2018 in Washington. (Jabin Botsford/The Washington Post)

What I am talking about is the appropriation — really, the profanation — of religious ideas to serve ideological purposes. During the 20th century, this was often the preserve of the left. Marxism provided a soteriology — a theory of salvation — that caused people to die and kill in service to a redemptive ideal. It is what made communism so appealing — and so dangerous. It gave oppression the veneer of idealism.

The right’s response in the latter half of the 20th century was to reject the whole idea of politics as salvation. Conservatism sought to lower the sights of the political enterprise to serve humbler conceptions of individual liberty and the common good. The proper work of politics was seen as reform rather than redemption — working with the existing fabric of society rather than ripping it up and starting over.

More recently, however, the populist right has taken on a distinctively religious tone. Rather than offering a vision of salvation, it has embraced a certain eschatology — a theory of the end times. The threat of liberalism, in this view, has become so dire that the wrong outcome of a presidential race could mean the end of U.S. civilization. One appalling defense of Trump dubbed 2016 the “Flight 93 election,” on the theory that conservatives have but two choices: “charge the cockpit” or “die.”

There is much wrong with that metaphor, which employs a unifying symbol of American courage as the method to encourage tribal hatreds. That involves a type of desecration, comparable to spray-painting “MAGA” on the Lincoln Memorial. But the September 2016 essay by Michael Anton, who subsequently found temporary employment in the Trump administration, went further than a vague reference to the apocalypse. The threat was defined as liberal activism to promote “the ceaseless importation of Third World foreigners with no tradition of, taste for, or experience in liberty.” This was designed, Anton argued, to make the United States “more Democratic” and “less traditionally American.”

In this secularized eschatology, alarmism is combined with nativism. The Antichrist, apparently, will speak Spanish.

In this light, the attraction of so many evangelicals to the cause of Trump makes more sense. Before the Civil War, many evangelical Christians held a postmillennial eschatology. They believed that society, through acts of mercy and grace, would become better and better, eventually ushering in the benevolent rule of Christ. Toward the end of the 19th century and into the 20th century, however, more Christians adopted a premillennial eschatology — a belief that the world would get worse and worse until Christ intervened to save it. “I look upon this world as a wrecked vessel,” said evangelist Dwight Moody. “God has given me a lifeboat and said to me, ‘Moody, save all you can.’ ”

The use of apocalyptic language in a political setting is hardly new. Theodore Roosevelt ended a speech on the eve of the 1912 Republican Party convention with: “Fearless of the future; unheeding of our individual fates; with unflinching hearts and undimmed eyes; we stand at Armageddon, and we battle for the Lord!”

But the appeal of Trump and his supporters is distinctive. It is used as a mental preparation for extreme measures. If the political world is really headed toward disaster, then the normal political tools — things such as civility, persuasion and governing skill — are outmoded. If it is really just minutes to midnight for America, then maybe the situation requires an abrasive outsider willing to fight fire with napalm. Desperation increases the appetite for political risk.

There are serious dangers to the cultivation of desperation. It transforms opponents into enemies. It turns compromise into heresy. And it paves the way for authoritarian thinking and measures.

It is also not an accurate description of a flawed but wonderful country. There are disturbing trends in modern liberalism — a secularism that sometimes slips into intolerance of religious people and institutions; a form of multiculturalism that despairs of unifying American ideals; the elevation of human autonomy above other humane values.

But we are not in America’s political end times. And the country’s problems are not rooted in the ethnic makeup of its people. Our challenges — from government debt to educational failure — require reform, not revolution. And this cause is not served by the second coming of Trump. 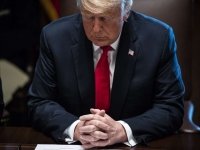