Israeli settlers in the northern occupied West Bank have razed to the ground huge swathes of Palestinian-owned agricultural land in the town of Huwara, according to reports. 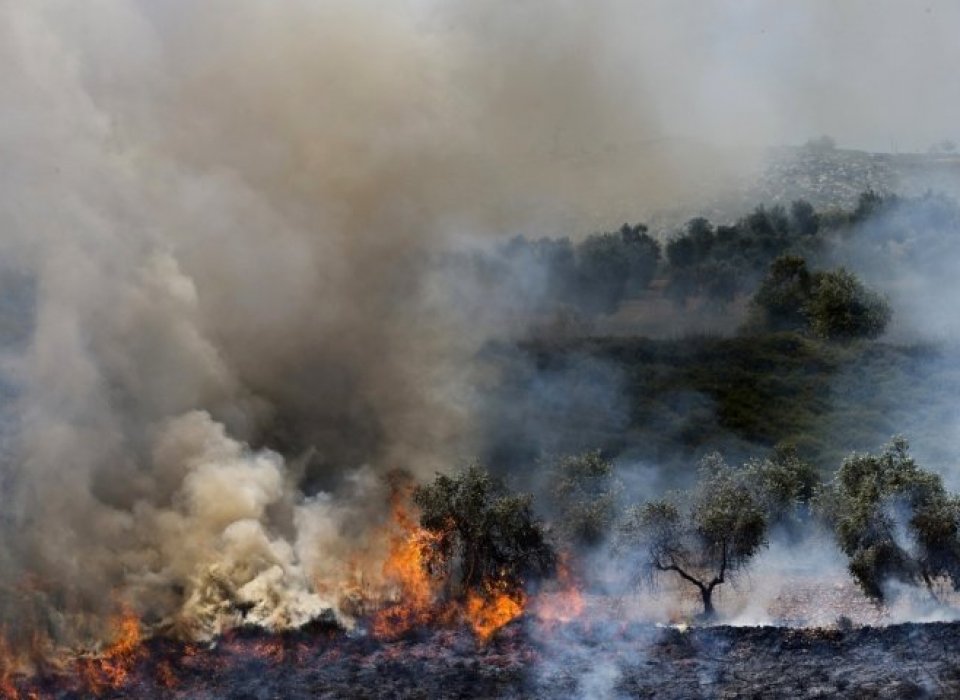 A photo taken during a previous attack on Palestinian olive trees near the West Bank Jewish settlement of Yitzhar in April 2013. (Reuters)

The fields were set on fire by "masked settlers", Al-Resalah newspaper reports, who snuck on to the land and poured petrol on it before setting it alight. Around 100 olive trees were destroyed in the blaze, which spread as locals were prevented from attending the fire by Israeli forces.

Olive trees in Israel hold vast religious and cultural significance to both Jews and Palestinians. As well as being the livelihood of many Palestinian farmers, the trees are thought to be the "oldest on Earth" and are mentioned in the Old Testament numerous times.

Olive trees in the Garden of Gethsemane near the Old City of Jerusalem are believed to be up to 900 years old and belong to the same lineage as the olive trees among which Jesus Christ prayed the night before his crucifixion. 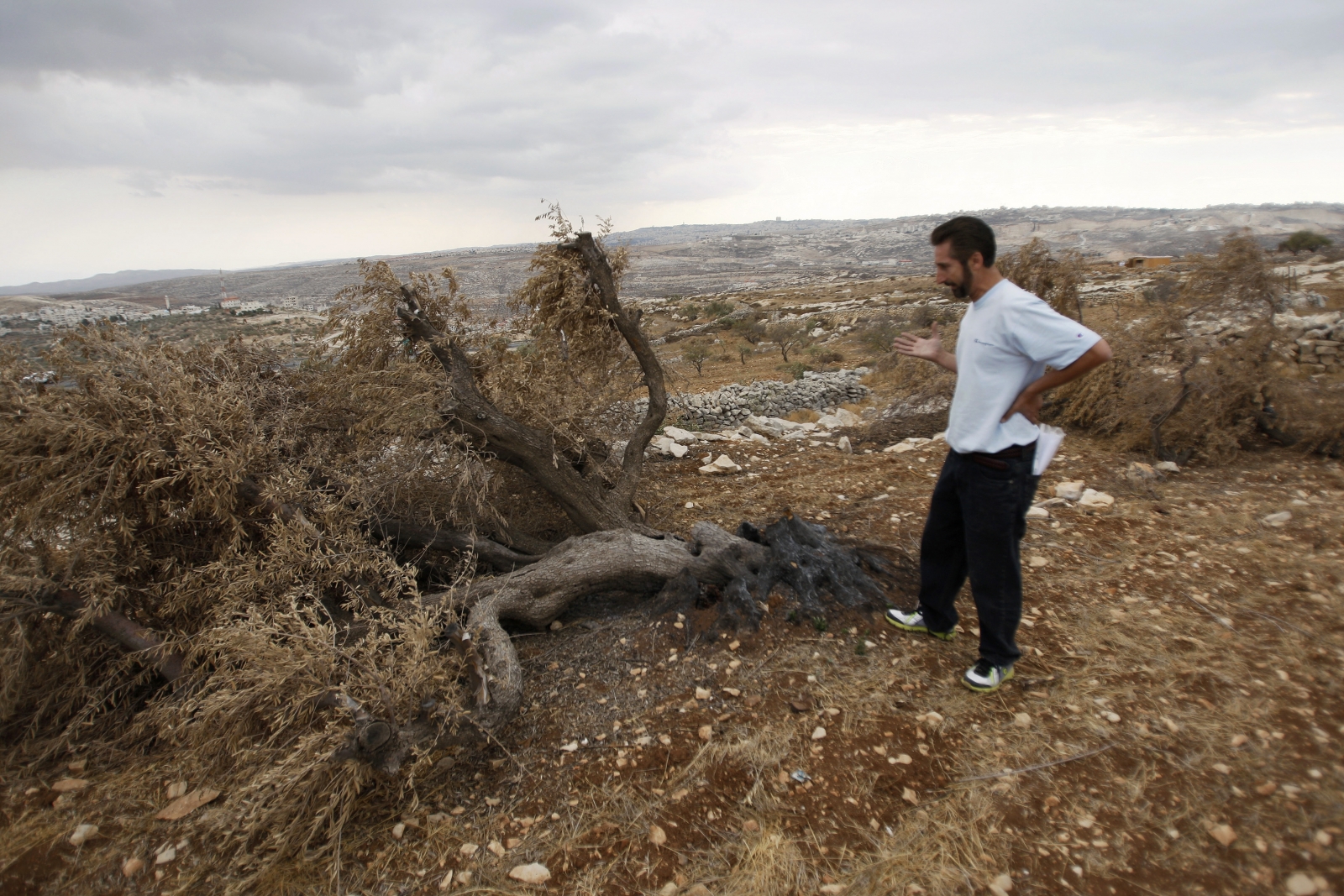 A potent symbol of peace and harmony, the olive tree has become a source of confrontation and violence in the decades-old conflict that pits Israelis against Palestinians (Reuters)

The mayor of Huwara said that Israeli occupation forces prevented Palestinian citizens from reaching the lands in order to extinguish the fire.

However the Jewish press in Israel is reporting that the cause of the fires is unknown and Israeli and Palestinian fire crews "worked together" to put out the blaze. The Jerusalem Post reports that police are investigating the incident.

In previous weeks, the owners of the fields have also reportedly being banned from working the land without being escorted by occupation forces, which means they have been unable to harvest the olive trees. 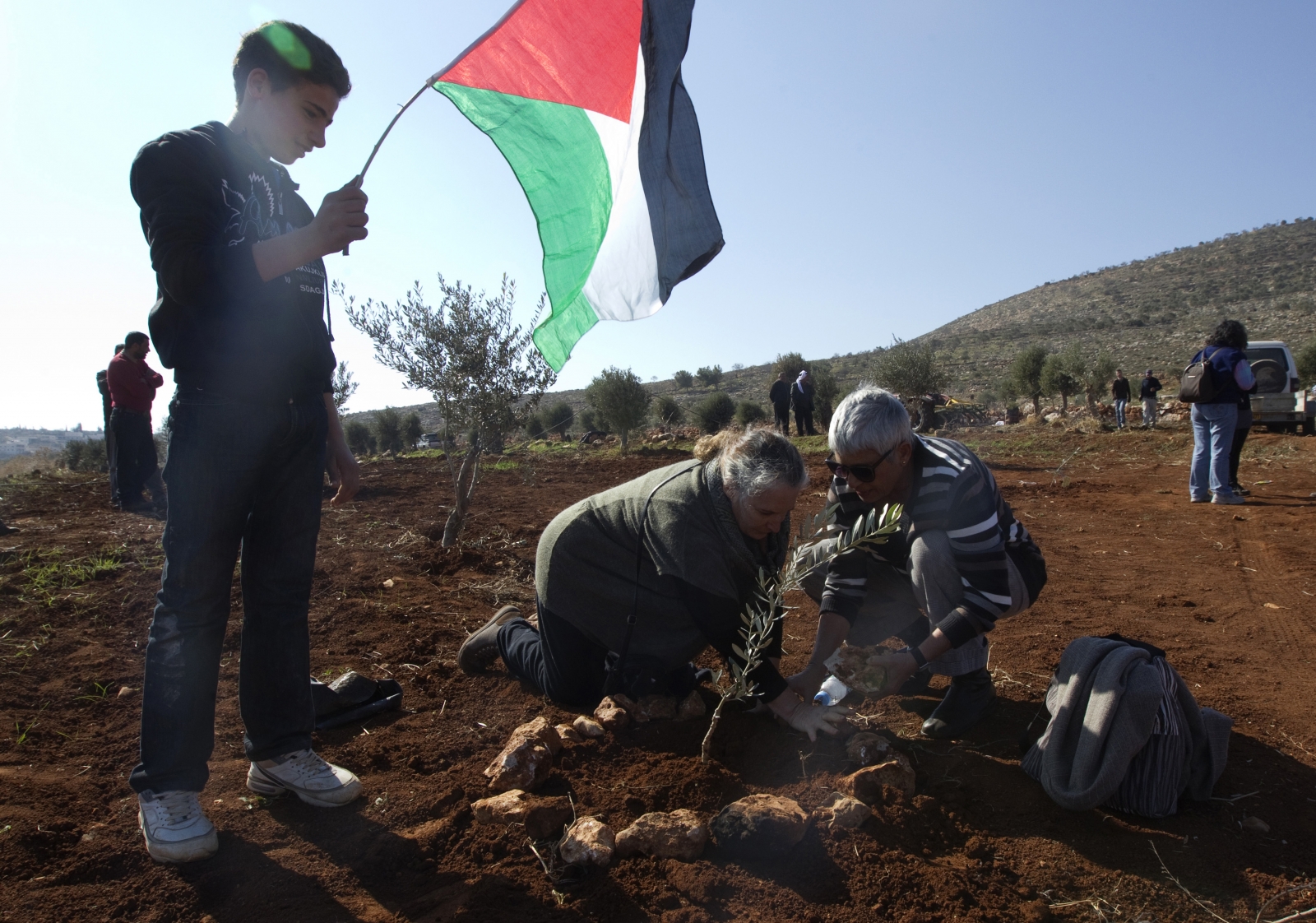 Huwara has witnessed continuous clashes between Israeli settlers and Palestinians due to its proximity to the Yitzhar settlement, where around 20,000 Jewish people live in 39 Jewish-only settlements.

Attacks on agricultural land are widespread at this time of year – the start of the olive harvest season – and several Palestinian towns have seen their crops stolen, olive trees cut and lands confiscated, says Middle East Monitor. 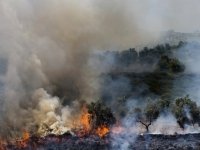