Liberal Zionists: If you oppose injustice, white supremacy, Muslim bans and deportations in America, oppose them in Israel as well 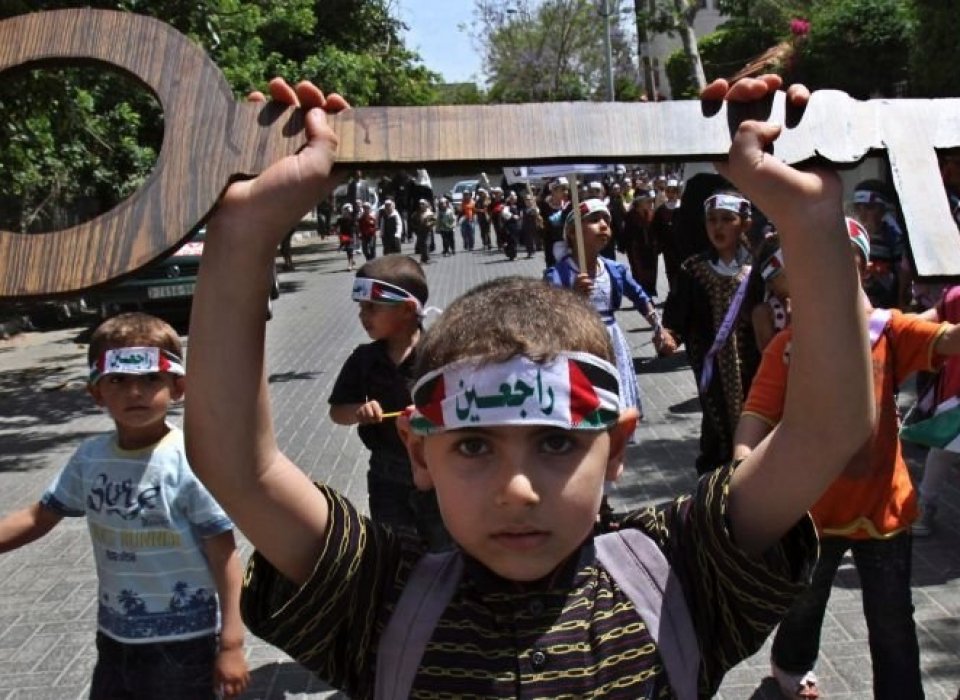 A Palestinian boy holds a symbolic key to the house his family left in the 1948 war, now under Israeli control, and wears a headband with the Arabic for "We are coming back". Gaza City, May 12, 2011 AP

I joined Jewish Voice for Peace, then just a small Bay Area organization, in 2002. The first time I wore a JVP t-shirt, one that said "Jews Say End the Occupation Now," I felt vulnerable and unsure about professing such a sentiment loudly and publicly.

Fast forward 15 years, and expressing opposition to the occupation is now the norm in most liberal Jewish communities.

Throughout JVP’s history, we have played the role of pushing and challenging the boundary of the conversations on Israel that are possible in the American Jewish community. We believe in the capacity of people to change, and we prioritize creating space for people and organizations to move and transform. In order to do our work well, we need to be in open conversation with those who do not (yet, we hope) agree with us.

JVP’s support for the boycott, divestment and sanctions (BDS) movement for Palestinian rights is the most common barrier for many people who share a critique of Israeli policies towards Palestinians.

Surprising as it may be to some, JVP did not always fully support BDS. We supported forms of economic pressure on Israel, including ending military aid, but it took us a full 10 years from the initiation of the call from Palestinian civil society for us to sign on as an organization. We endorsed the full call for BDS, including the Palestinian right of return, in 2015, following a multi-year organization-wide process of study and discussion.

Ultimately, we came to the collective understanding that recognizing the trauma of the Nakba, the displacement of Palestinians and the ongoing inability of many Palestinian families to unite in their homeland is a core obstacle to moving towards justice.

We don’t see the right of Palestinians to return to their homeland as a threat. We take inspiration from organizations like Zochrot and Badil, which are creatively imagining return, and what Palestinians and Jews living together in equality could look like.

We often hear the critique that embracing the right of return is akin to the destruction of Israel. I disagree. What we are seeking is the full rights and equality of all people living in Israel/Palestine. This would transform the State of Israel, but in the long-term has a better chance of protecting the safety and the possibility of a just future for all people. For liberal Zionists who hear this aim as destructive, I would invite them to think more deeply about how liberal values are compromised by the reality of the Israeli state.

The conversation on Israel/Palestine has changed over time, and so have we. We’ve been challenged by our Palestinian partners, allies and our own membership about the right of return, academic and cultural boycott, about race within our organization, and about our relationship to Zionism.

We just began a six month series with our members to study the politics and history of Zionism, as part of a larger process of examining our relationship to it. Up until now, our position on Zionism has not been part of our self-definition. Our membership has always included people who identify themselves as non-Zionists, anti-Zionists, post-Zionists, as well as certain forms of Zionists. This process will include learning from historians and long-time activists, including a range of voices within the Jewish community and Palestinians reflecting on how Zionism has impacted them. This process will culminate in an articulation of our organizational relationship to Zionism.

Last week we asked members to reflect on their personal relationships to Zionism. The responses spanned a range from grief to anger; from empathy for parents and grandparents who fled to Israel escaping the Nazi Holocaust to shame about facing the realities of Palestinians forced to flee from Palestine because of the Nakba. I was moved by the depth and the range of reflections. This is a conversation that should be happening everywhere in the Jewish community.

What distinguishes JVP from other Jewish organizations is that we see our responsibilities as broader than just to the Jewish community. We are accountable to our Palestinian partners, to broader racial justice movements, and our collective visions of what equality and justice should look like. We speak directly to our fellow Jews, sometimes lovingly and sometimes more sharply, in the hope of hastening that change. We see it as our obligation to have difficult conversations with people who do not share our views, and also as our responsibility to challenge them. Sometimes that comes in the form of a conversation with family and friends, and other times it comes in the form of a protest.

In this political moment, with attacks from both the U.S. and Israeli governments on immigrants and Muslims, and rampant white supremacy and anti-Semitism in the streets, we are all being called on to stand up for the values and principles that we believe in. That means taking action. It’s no longer enough to say you oppose racism or support a two-state solution. We need people to get out in the streets, to fight for racial justice, to demand an end to occupation, and freedom for Palestinians.

It is not surprising that liberal Zionists are feeling squeezed when they show up in progressive spaces, where they often encounter people who speak out as loudly against the daily offenses of the Trump administration as they do against Israel’s brutality towards Palestinians.

Over the past several years - due in part to the work of a broad, multiracial, multifaith movement, and in part to Israel’s increasing repression of Palestinians - equality and freedom for Palestinians are increasingly seen as part of the broad progressive agenda.

If you’re out in the streets these days opposing white supremacy, Muslim bans and deportations, then it’s high time to get out in the streets with us to oppose similar policies in Israel. What we're pushing for is a consistent application of political principles, regardless if you're talking about the U.S., Israel, or anywhere else in the world.

The back of that t-shirt I wore in 2002 read: "Security for Israel Requires Justice for Palestinians." Then, advocating for the rights of Palestinians solely for the purpose of making Israeli lives better felt like a radical act.

But I’ve changed too. Justice for Palestinians is an imperative in its own right, not merely a tool or a condition of security for Israeli Jews. We all need to be able to examine our internal biases and assumptions. The collective vision of equality and justice for all people that we are building depends upon it.

Rebecca Vilkomerson is the executive director of Jewish Voice for Peace. Twitter: @RVilkomerson 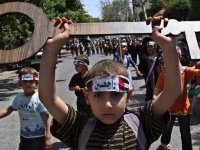