Why Israelis are remaining silent about U.S. President Donald Trump's comments about 'many fine people' taking part in the white supremacist rally in Charlottesville 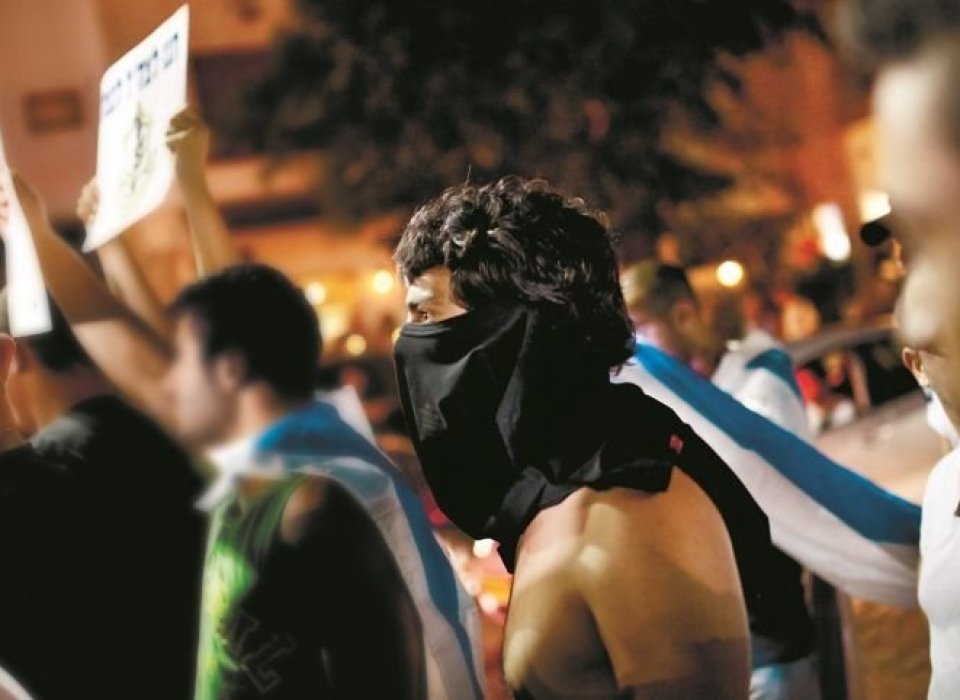 A protest of the anti-Arab Lehava group in Tel Aviv. Tomer Appelbaum

Israel has no moral right to judge U.S. President Donald Trump over his forgiving remarks about the neo-Nazis in his country. First, Israel wasn’t really shocked by what he said. After all, it is willing to accept anything from anyone who supports the Israeli occupation. That’s axiomatic at this point. Whether it’s a Hungarian fascist or an American neo-Nazi, as long as they support the occupation – even if they secretly hate Jews – they are considered friends of Israel and moral people.

The best of the “friends of Israel” today are fascists and evangelicals, xenophobes and Islamophobes. What’s most important is that they support the occupation. It’s only opponents of the occupation who are anti-Semites, and we will mount a special effort to combat them. We will forgive everyone else.

But there is also another reason for Israelis’ silence. It recalls the Yiddish saying about betrayal of one’s own guilt – that the thief thinks his hat is on fire. Neo-Nazis? We have a lot of our own “Made in Israel,” Hebrew equivalents of neo-Nazis, and the opposition to them in Israel is less than to neo-Nazis in the United States. A resolute counter-demonstration was organized by liberals in the face of the march in Charlottesville. What about here?

The sacred symmetry that Trump tried to create between attacker and attacked, between assailant and defender, between incitement and protest, between justice and evil – that was invented in Israel. Here we have the occupier and the occupied, a violent and at times even murderous right wing and a left wing that has never murdered, but they are deemed comparable.

Any assault by settlement thugs on Palestinian farmers on their own land is deemed a “clash.” Any Palestinian protest against the violence of the occupier is considered a “disturbance of the peace.” It’s a symmetrical brawl between the two peoples’ shepherds. After all, there are good and bad people among the settlers – just as Trump said with regard to his “alt-right.”

The Israeli alt-right is not neo-Nazi. But a thousand neo-Nazi flowers bloom on its margins that no one thinks about weeding out. Fascism in Israel has long been accepted. Neo-Nazis haven’t, but the distinction between the two is vague. If the extremist Lehava organization isn’t neo-Nazi, what is? If Beitar Jerusalem’s La Familia fan group isn’t neo-Nazi, what is? If the firebombing of the Dawabsheh family home in the West Bank village of Duma and the kidnapping and murder of Mohammed Abu Khdeir aren’t neo-Nazi acts, what are? And what about the Arabic-language highway sign near the settlement of Halamish declaring: “This area is under the control of the Jews. The entry of Arabs is forbidden and constitutes a risk to your life!”

The flag parade by Jews on Jerusalem Day is a state-sponsored neo-Nazi provocation, like the Purim rioting in Hebron. The Jewish community in Hebron is in essence neo-Nazi. Go see, judge for yourself. And the pools and Jewish communities along the way that are closed to Arabs? What will they do to any Arab who breaks the rules and sneaks into the Jewish swimming pool in Kochav Ya’ir – an Israeli community of people from the virtuous center-left, where a majority of voters support the enlightened Yesh Atid and Zionist Union parties? And what will they do in the Galilee community of Nofit if Arabs build houses there after expansion plans? After all, it’s not hard for us to imagine these people on the Zionist left objecting, even using unpleasant means, to Arabs coming into their communities.

The plan for surrender proposed by MK Bezalel Smotrich (Habayit Hayehudi) is neo-Nazi, despite all his protests. Among the three options he would provide to the Palestinians, there isn’t even one that is humane – and the third calls for their expulsion and destruction. What else do we need? And his wife’s objection to giving birth in the same room as a woman of the inferior race is also neo-Nazi.

Social media is full of frightful neo-Nazi statements – from wishing for the death of every dying Palestinian child, to similar wishes to those who tell the children’s stories. You cannot write this off as just as “a handful of deviants.” That, too, is the spirit of the times.

We cannot ignore the sentiments in this country, where there is a policy of organized and institutionalized racism against African asylum seekers. Pre-fascist sentiments are taking hold here – with manifestations of state-sponsored neo-Nazism – more than in any other Western country.

In the West, most contemptuous efforts are directed against foreigners. In Israel, they are directed mostly against the people who are native to the country. Complaining about Trump? That would already be the height of hypocrisy. 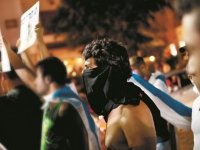