'You’re heading for a cliff': As the Bennett government insists on equating Israel with the settlements, even calling critics antisemitic, Biden must warn Israelis about its real repercussions 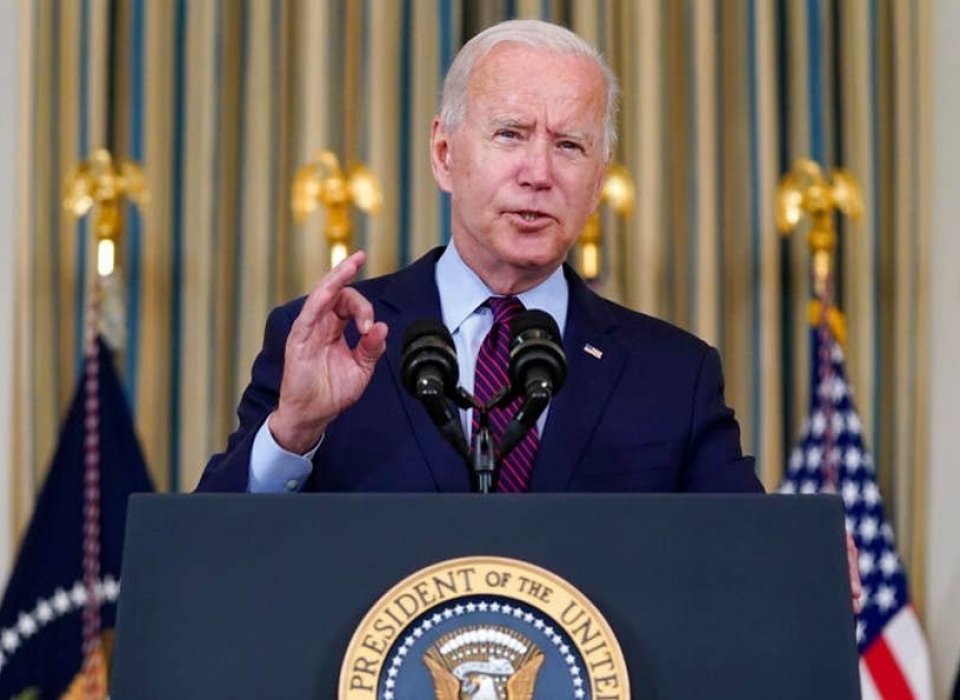 Moments before he was assassinated in Tel Aviv 26 years ago, former Israeli Prime Minister Yitzhak Rabin delivered a speech to nearly a hundred thousand Israelis in which he insisted that peace with the Palestinians was the only way forward for Israel, and that Israelis were ready for it.

These words would be his last. No Israeli head of state since has uttered such words of hope and promise to either Israelis – or Americans.

President Joe Biden and Prime Minister Naftali Bennett, both in their first year in office, are establishing right now what this new era of the U.S.-Israel relationship will look like. If Bennett’s first Washington visit and recent UN speech are any indication, he will attempt to avoid, downplay, and dodge any pressure to resolve Israel’s central conflict: in both Washington and New York, Bennett avoided even mentioning Palestinians, much less laying out a plan to return to the negotiating table.

Given Biden’s long-held positions on this issue, here is the speech he could give.

"Friends have to be honest with each other, even though it might to be tough to hear. And that’s why I’ve got to talk straight with you today.

"Folks, since my first trip back in 1975, you know I’ve been as big a supporter of the State of Israel as there is in Washington, D.C. In the Senate, I called our aid for Israel the "best $3 billion investment we make," and as Vice President I was proud to help shape the biggest military aid package in U.S. history.

"I’ve personally inhaled Golda Meir’s second-hand smoke. My commitment to Israel’s security is unshakeable. My goal is to do whatever I can to help realize a future where every Israeli and every Palestinian can live their lives and raise their families in peace and human dignity.

"Friends, it’s simple: you, the Israeli people, have got a choice to make. You can either choose to be a part of the community of democratic nations, with all the privilege and protection that that brings, or you can choose to keep your settlement enterprise on the West Bank. It’s time to decide which one is more important to you. The settlement enterprise isn’t the only obstacle to peace, but it’s one you can do something about right now.

"For the past 54 years, the Israeli military has occupied the West Bank, leaving the fates and futures of millions of Palestinians under Israeli military control. At the same time, the Israeli government has built new towns and settled over 400,000 Jewish Israeli citizens in that same territory, while in East Jerusalem another 200,000-plus Jewish Israelis live in new neighborhoods built since 1967.

"I know that, contrary to your own government’s actions, many of you agree with nearly every U.S. administration, Democratic and Republican, which have always seen those West Bank settlements as wrong and illegitimate, an obstacle to peace that undermines the possibility for a two state solution. Most of the world sees them as illegal.

"Heck, right after the Six Day War, even the Israeli government’s own legal advisor said that settlements violate the Geneva Convention!

"But despite all of this, your government insists those settlements are just a part of Israel, like Tel Aviv or Haifa. And anytime anyone says otherwise, the Israeli government accuses them of being anti-Israel or even antisemitic.

"Look what happened when the European Union – your biggest trading partner! – tried to simply label products made in the settlements as "Made in Israeli Settlements" instead of "Made in Israel" in EU markets. Israeli officials accused them of antisemitism.

"Now it’s happening to Ben & Jerry’s, because they said they were going to stop selling their ice cream in the settlements – not Israel, just the settlements. They were accused of antisemitism and even terrorism!

"Folks, that’s just ridiculous. Lots of people, both in Israel and around the world, think the settlements are an obstacle to peace. That’s why hardliners go to such lengths to paint anyone who says so as anti-Israel or antisemitic. They want to distract us from the real problem – the fact that the settlements are disastrous for Palestinians, poisonous for Israeli democracy, and fatal to the two-state solution – by attacking the messenger.

"We have a saying over here: friends don’t let friends drive drunk. And that’s what Israel’s settlement policy feels like: political drunk driving. And you’re heading for a cliff.

"Most Americans support you. But they also want your government to do the right thing, and to do what it can do to resolve the conflict. Polls show that Democrats are increasingly willing to criticize Israeli government policies and want America to play a more even-handed role. They show that young evangelical Christians are less supportive of Israel than their elders.

Israeli settlers carry flags at the recently established and then nominally evacuated illegal outpost of Eviatar near the northern West Bank town of Nablus this summer Credit: AP Photo/Sebastian Scheiner

"Americans are hearing what your leaders say about the Palestinians, the settlements, and the two-state solution, and noticing that those leaders can sound a lot like the ethnonationalists and supremacists right here in America. It makes people uneasy; we’ve learned some hard lessons over the past few years about taking those folks seriously – whether they are American, Israeli, or anything else.

"Today, Israel is protected by the might of the United States of America. We help ensure your safety and we defend you in the international community, even when we don’t agree with your government’s actions. Israel is also an “associated state” of the European Union. You have the benefits that come with being a part of the second largest economy in the world.

"But none of us in power now in the U.S. or Europe can guarantee that this will continue if you continue to choose the settlement enterprise.

"You have to decide which one is more important to you. I sure hope you choose wisely."

Daniel Sokatch is CEO of the New Israel Fund and author of "Can We Talk About Israel?: A Guide for the Curious, Confused and Conflicted," published by Bloomsbury this month. Twitter: @dsokatch 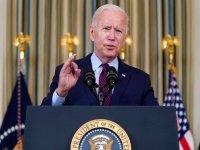