Opinion: Our story, like most Palestinian survivors, is one of resilience, courage and fortitude

Ethnic cleansing of Palestinians has been a 74-year fact for Palestinians and is the root cause of our struggle and continues today. 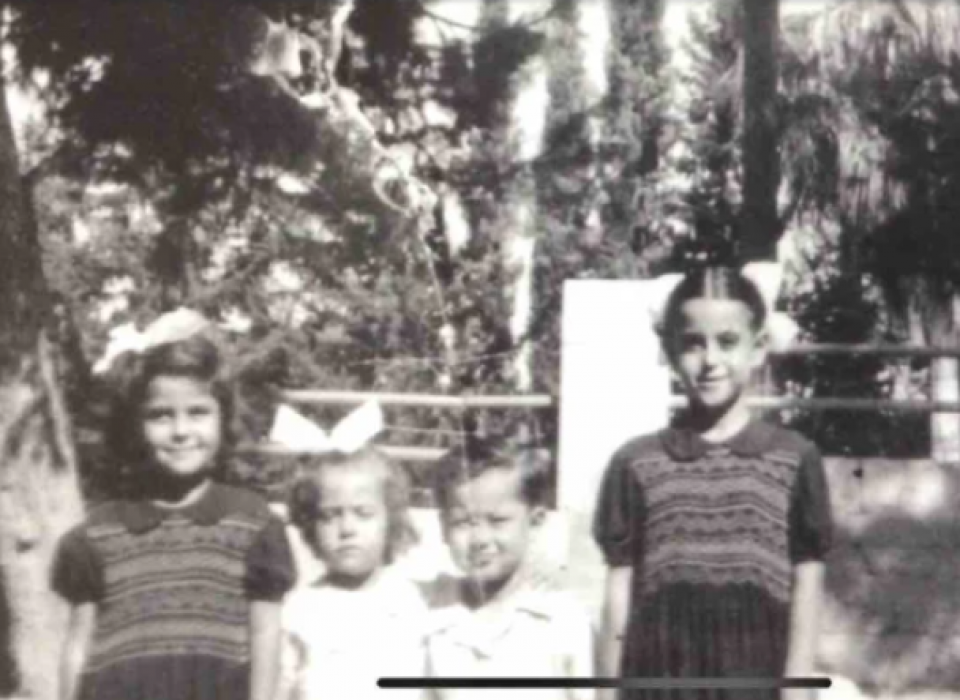 On June 9, 1967, my siblings were served breakfast, their first meal as refugees. My brother Bashar, 6 years old then, hid a piece of Arabic bread, fearing it would be another 24 hours before the next meal. I was not born yet. Our family journey is etched in all our minds, nonetheless. Our story, like most Palestinian survivors, is one of resilience, courage and fortitude.

Twenty-four hours earlier, our family was sleeping in Tulkarem, our hometown in the northern part of the West Bank’s last hills before the fertile coastal valley by the Mediterranean Sea. You can see the Mediterranean on the horizon less than 10 miles away. Our stone house was a breathtaking architectural wonder welcoming visitors entering Tulkarem from the west. A balcony surrounded our home with a garden full of citrus trees, flowers and Iraqi jasmine plants.

Awakened that morning by alarming knocking on doors and windows, my family had its first time coming face to face with the Israeli army a few days after the six-day war erupted. Israel captured the West Bank and East Jerusalem from the Jordanians, the Sinai Peninsula and Gaza Strip from the Egyptians, and the Golan Heights from the Syrians. Palestinians call it the Naksa, meaning “the setback,” to differentiate it from the Nakba, or the catastrophe, that took place in 1948, when about 850,000 Palestinians were ethnically cleansed.

Our family was instructed to register at the military headquarters on the eastern skirts of Tulkarem. On the way to the registration center, my father remembered the need to unlock the hens’ coop since it was an unusually warm day. My father and sister Nadia walked back. Nadia recalls the empty streets and the heavy smell of death hanging in the air. Her attempts to grab some food for her siblings were nixed by my father, thinking it will only be a few hours till we return. My family did not eat until 24 hours later in a different country and as refugees.

Crowds of bewildered Palestinians at the military headquarters were put on buses steadily rolling to Jordan and forced to cross the river by foot to the East Bank. A chaotic scene unfolded with old and young navigating the shallow waters, the same waters Jesus Christ was baptized in. Among other precarious circumstances, these new refugees faced the cruel reality of seeing their neighbors who suffered the 1948 expulsion becoming refugees once again.

It was getting dark. After several hours of walking towards the road leading to the Jordanian capital, Amman, a kindhearted Jordanian carried my family in his truck to Ajloun, a city in northern Jordan. My family was served breakfast and it was their first meal as refugees, and that is when my brother slipped a piece of bread in his pocket — something never imagined before because of our family‘s stability and prominence.

It took a few weeks settling in the city of Irbid, Jordan. With the help of friends and family, my father and my older sister found jobs as teachers. I was born during this time.

News came from those fleeing the continued violence that Israel demolished our distinguished house. Our losses then became a complete catastrophe with the loss of our house and becoming refugees all at once.

A year later, because hospitals, municipalities and schools were flattened and nonfunctional, the Red Cross allowed some Palestinians to return under a special permit given to teachers and physicians to run the daily lives of those who remained in the West Bank. My father was a teacher and we came back but not to our wrecked home. We rented an apartment in Tulkarem where my mother still lives. Opportunities were nonexistent, so I studied abroad and eventually immigrated to Canada and then to the United States.

Others were not so lucky. Today, hundreds of thousands of Palestinians remain in refugee camps in Jordan, Lebanon and Syria. The expulsion of Palestinians from our ancestral lands continues today aided by an unjust and biased Israeli military court system partially funded by our American taxpayer dollars.

Ethnic cleansing of Palestinians has been a 74-year fact for Palestinians and is the root cause of our struggle and continues today. The absence of a real solution that ignores refugee rights to return to their homes is a nonstarter. The pain my family and millions suffered is somewhat mitigated by our stories of loss and grief. They animate and humanize our truths. They are the missing links to acknowledgment, a necessary ingredient for lasting peace.

Qadan is a biotechnology executive. He currently serves on the board of directors for both American Arab Anti-Discrimination Committee and Council on American Islamic Relations in San Diego. He lives in Carmel Valley.