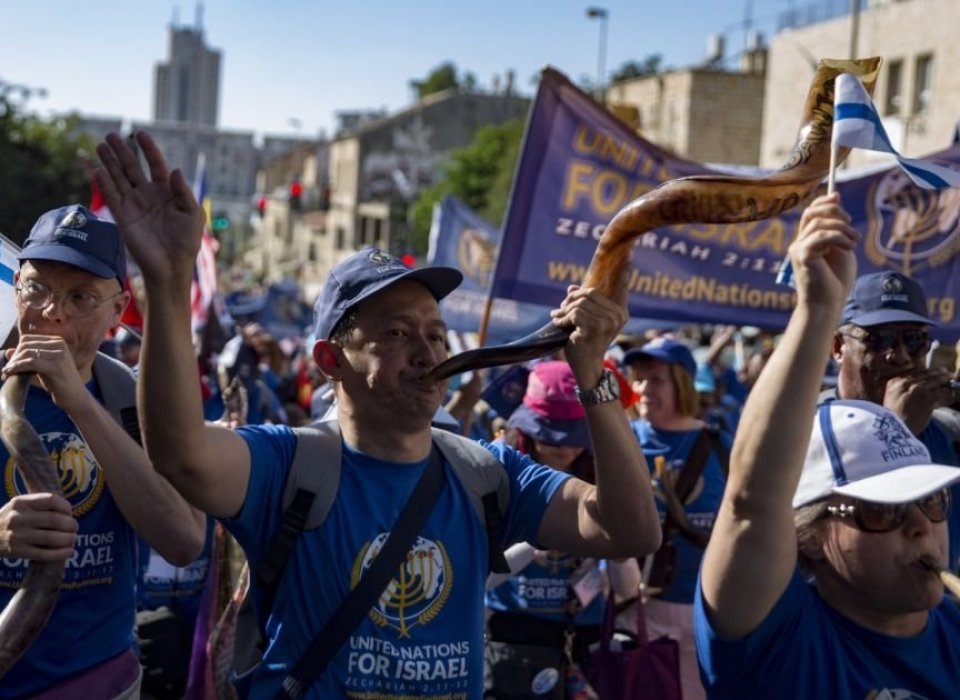 For more than 25 years, as a Jewish follower of Jesus, I have shared with Evangelical Christians the horrible story of the Church and the Jewish people. It is a story often marred by discrimination. And forced exile. And violent persecution.

It is a story of the Crusades. And the Inquisitions.

It is a story that paved the way for the Holocaust in "Christian" Europe.

It is a story that is as shameful as it is disgraceful.

Because of this, I can understand the outrage of the Jewish community worldwide, and especially in Israel, over news that GOD TV plans to preach the gospel to the Jewish people in Hebrew. (Full disclosure: I air an unremunerated 5-minute, Q&A show called Ask Me Anything on GOD TV’s international channel; the President and CEO of GOD TV was a student of mine in the late 1990’s, but I have no formal relationship with GOD TV itself).

And I can understand the words of Rabbi Pesach Wolicki, an Orthodox Jew living in Israel who works widely with evangelical Christians, who  wrote recently: "To my Christian friends I say, study the history of Christian anti-Jewish doctrines and behavior. Be sensitive to Jewish identity. And most of all, for our relationship to continue to grow and thrive, respect our faith and our covenantal relationship to the God of our fathers without trying to change who we are. Otherwise, this friendship is no friendship at all."

But may I offer another side to the story? May I offer some insights as someone intimately familiar with both the Jewish and Christian perspective?

As I have traveled around America and the nations sharing with evangelical Christians the story of "Christian" persecution of the Jewish people, without fail, the Christians are shocked.

When I share quotes from Christian leaders like Martin Luther in 1543, when he turned from his gracious tone towards the Jewish people and became murderous in his venom, they cannot believe it possible. Luther? Really?

The shock is all the more intense in Asia and Africa, where the Christians are even less connected to some of this horrible history. As some have said to me, "You cannot be a Christian and hate the Jews!"

The point is that they are not anti-Semites because they are Bible-believing Christians. They love Israel because they love Jesus.

Christian evangelicals pray for Jerusalem as part of an event organized by ‘Eagle Wings’ in Jerusalem. 2 December 2011 Credit: Tomer Appelbaum

As a young Christian woman from a small village in Malaysia said to me almost 30 years ago (remember that Malaysia is predominantly Muslim), "We don’t know much about the Jewish people. We just know that we love them!"

And that love remains the same whether the Jewish people believe in Jesus or not.

It’s because the love is genuine and Christian.

That’s why it will continue, even if the government of Israel shuts down GOD TV’s Hebrew-language network.

These Christians will grieve over this, seeing it as an attempt to silence the voice of Israeli Jews who believe in Yeshua. But they will not stop loving the people or standing with the nation.

They love Israel because they see the unique promises in Scripture that God has made to the people and the Land. And they see those promises confirmed, not cancelled, in the New Testament writings.

And, since their Savior, Jesus-Yeshua, is Jewish, as were all the apostles, they feel closely connected to God’s ancient covenant people.

But here is what Rabbi Wolicki and other Jewish leaders need to understand.

The message of the gospel is not toxic and destructive. Instead, it is the very reason that so many fine Christian ministries stand with Israel and support Israel, even sacrificially.

It is only when that message is perverted, when it is detached from its Jewish, biblical roots, that it becomes dangerous. And not just to Jews. It becomes dangerous to Christians as well, polluting their faith in the process.

It is therefore disingenuous when, in effect, Jewish leaders tell their Christian compatriots, "We so appreciate your love and your support, and you are some of the finest people we know. But your message is dangerous and destructive to us Jews. Keep your poison to yourself."

Of course, very few would say it in this way. But that’s the ultimate message: The New Testament faith that causes Christians to love and support Israel is being blasted as toxic and ugly and destructive.

The Jewish community can reject that message day and night. That is their prerogative. They can speak against it and seek to refute it to their heart’s content, just as they would with a Muslim seeking to share his faith. And not one true Christian on the planet will persecute them for rejecting the gospel message. Not one.

But please don’t tell Christians who dearly love Israel and the Jewish people, "We welcome your support and your money and your political influence and your service. But keep your message to yourself."

What kind of friendship is that?

Michael L. Brown is the host of the nationally syndicated daily radio broadcast, The Line of Fire. He holds a Ph.D. from New York University Near Eastern Languages and Literatures and is the author of 39 books, including "Christian Antisemitism: Confronting the Lies in Today’s Church" (forthcoming). Twitter: @DrMichaelLBrown 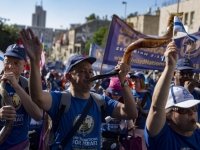