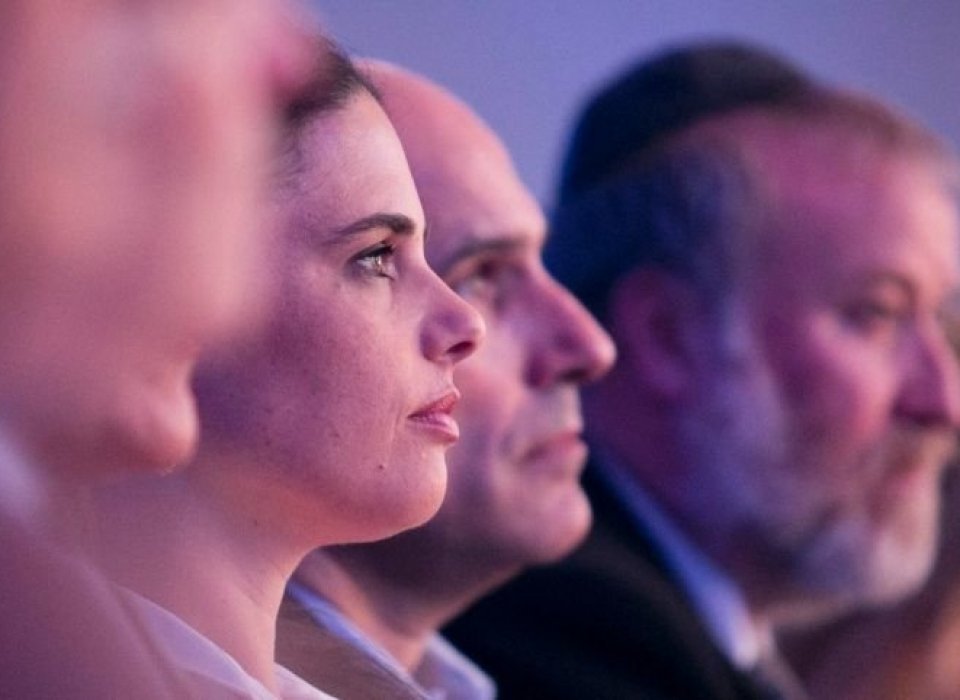 Thank you, Ayelet Shaked, for telling the truth. Thank you for speaking honestly. The justice minister has proved once again that Israel’s extreme right is better than the deceivers of the center-left: It speaks honestly.

If in 1975, Chaim Herzog dramatically tore up a copy of UN General Assembly Resolution 3379, equating Zionism with racism, the justice minister has now admitted the truthfulness of the resolution (which was later revoked). Shaked said, loud and clear: Zionism contradicts human rights, and thus is indeed an ultranationalist, colonialist and perhaps even racist movement, as proponents of justice worldwide maintain.

Shaked prefers Zionism to human rights, the ultimate universal justice. She believes that we have a different kind of justice, superior to universal justice. Zionism above all. It’s been said before, in other languages and other nationalist movements.

Had Shaked not pitted these two principles against each other, we would have continued to believe what has been drilled into us since childhood: Zionism is a just, morally unflawed movement. It sanctifies equality and justice: Just look at our Declaration of Independence. We memorized “the only democracy in the Middle East,” “a land without a people for a people without a land,” “everyone is equal in the Jewish state”; we learned about the Arab Supreme Court justice and the Druze cabinet minister. What more could we ask? It’s so just, so equal, you could cry.

If this were all true, Shaked would have no reason to come to the defense of Zionism in the face of human rights. For Shaked and the right, the debate on human and civil rights is anti-Zionist, even anti-Semitic. It seeks to undermine and destroy the Jewish state.

Thus Shaked believes, as do so many around the world, that Israel is built on foundations of injustice and therefore must be defended from the hostile talk of justice. How else can the repulsion to discussing rights be explained? Individual rights are important, she said, but not when they are disconnected from “the Zionist challenges.” Right again: The Zionist challenges indeed stand in contradiction to human rights.

What are today’s Zionist challenges? To “Judaize” the Negev and Galilee, remove the “infiltrators,” cultivate Israel’s Jewish character and preserve its Jewish majority. The occupation, the settlements, the cult of security, the army — which is primarily an occupation army — that is Zionism circa 2017. All its components are contrary to justice. After we were told that Zionism and justice were identical twins, that no national movement is more just than Zionism, Shaked came to say: just the opposite. Zionism is not just, it contradicts justice, but we shall cleave to it and prefer it to justice, because it’s our identity, our history and our national mission. No activist for the boycott, divestment and sanctions movement would say it more sharply. But no nation has the right to spurn universal principles and invent its principles that call day night, the occupation just and discrimination equality.

Zionism is Israel’s fundamentalist religion, and as in any religion, its denial is prohibited. In Israel, “non-Zionist” or “anti-Zionist” aren’t insults, they are social expulsion orders. There’s nothing like it in any free society. But now that Shaked has exposed Zionism, put her hand to the flame and admitted the truth, we can finally think about Zionism more freely. We can admit that the Jews’ right to a state contradicted the Palestinians’ right to their land, and that righteous Zionism gave birth to a terrible national wrong that has never been righted; that there are ways to resolve and atone for this contradiction, but the Zionist Israelis won’t agree to them.

Now, then, is the time for a new division, braver and more honest, between those Israelis who agree with Shaked’s statement and those disagree. Between supporters of Zionism and supporters of justice. Between Zionists and the just. Shaked did not provide for a third option. 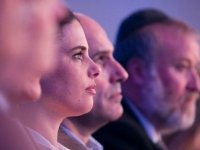