According to historian Adam Raz, in his book “Looting of Arab Property in the War of Independence” (Carmel Publishing House, in association with the Akevot Institute for Israeli-Palestinian Conflict Research; in Hebrew), Prime Minister David Ben-Gurion said in July 1948: “It turned out that most of the Jews are thieves.” For me that was the most infuriating thing in the article by Ofer Aderet, who reviewed the book. 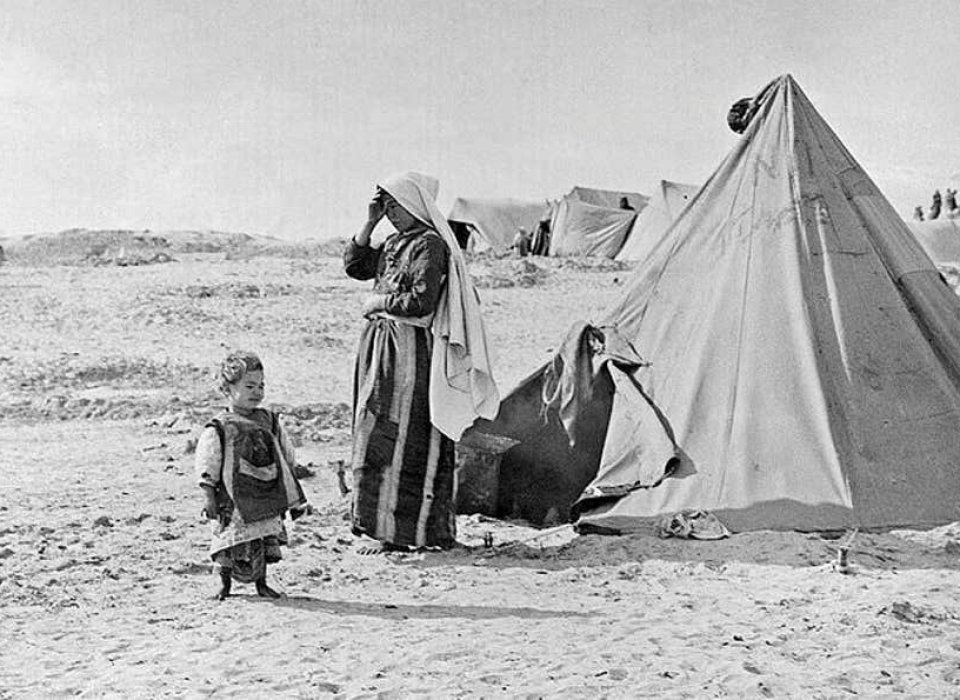 In this 1948 photo from the UNRWA archive, Palestinian refugees stand outside their tent in Khan Younis, Gaza Strip, following what Palestinians call the "Nakba," or “catastrophe”-- their uprooting inCredit: AP Photo/UNRWA Photo Archives

After all, if that man was in charge of the expulsion of about 800,000 Arabs, how did he expect his subordinates to behave? To save the furniture of the expellees in cartons, the wheat in granaries, the goats in pens and the gold in safes – until the return of the expellees?

These are the crocodile tears of the father of the nation, whose hypocrisy embarrassed even the crocodiles. With all due respect to Ben-Gurion’s pangs of conscience, the looting is small change compared to the mass expulsion, the razing of hundreds of villages and covering them with forests. The ancient Arab poet said: “If the master of the house is beating the drum, don’t blame the boys of the house for dancing.”

Ben-Gurion torpedoed initiatives to organize the collection of Arab property in order to allow everyone to participate, according to Raz. The entire nation is a front, the entire nation loots. In that case, that’s the major crime perpetrated against those people. Raz writes that the looting turned the looters into people with a vested interest in preventing the Arabs from returning. Because if you looted property from an Arab family, you have less motivation to have them return.

With the generous assistance of Ben­-Gurion, the founding generation became a generation of looters. And we will not waste words on the looting of Arab land, which was done through official decisions. After all, the confiscation of the land is, as we know, an exalted patriotic directive.

I’m reading, and I’m amazed: The state that had not yet been established, and was in existential danger, as clearly explained to us, found the time and the appetite to loot carpets, to sip Champagne and to enjoy caviar during those terrible hours? “As they fought and conquered with one hand, the fighters found time to loot, among other items, sewing machines, record players and clothing, with the other hand,” according to Zeev Yitzhaki, who fought in Haifa’s Halisa neighborhood.

One hand fights, and the other loots. Apparently the original Rambo was a proud Palmachnik. They didn’t only fight against the Arab enemy, the army units fought one another over the allocation of the looting areas.

In my opinion, Raz’s book destroys the Zionist narrative according to which the Jews came to a land without a nation. A 1949 report tells of Arab residents who fled and abandoned “a huge amount of property in hundreds and thousands of homes, shops, warehouses and workshops, abandoning grain in the fields, and fruit in the gardens, orchards and vineyards.”

It’s surprising how all this bounty was created of itself, without a nation. Palestine was full of good things, Palestine was “flowing with milk and honey.”

The dimensions of the looting are as great as the Palestinian bounty, in all areas. In the Palestinian villages the inhabitants didn’t suffer from great distress. They knew how to grow wheat, they knew agricultural techniques, which even aroused the amazement of British experts, according to the book by Nimer Murkus: "The Palestinian fellah [farmer] is a child of nature, who understood the vicissitudes of the weather and knew when to plant, when to harvest and when to pamper the soil and the animals he owned."

From Raz’s book we can conclude that the achievements of the state were based partly on the treasures of Palestinians who were expelled and on the reparations from Germany, which advanced the Israeli economy by decades. And later, from American investments and the money of Jewish donors, who dreamt of a humane country that would benefit its citizens and would not be a whip against its neighbors.

And so, the time has come to stop the racist mantra regarding the “Jewish brain” – after all, it’s like any human brain.

He who sows the wind reaps the whirlwind: Today the country is headed by a leader who is under indictment for three serious crimes. And if the crooked part of the building doesn’t straighten itself from the foundation, right-wing politician Naftali Bennett will yet leap to the top of the pyramid. 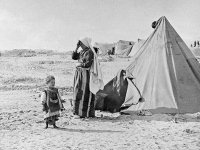