Opinion: Israel must choose: Withdraw from the occupied territories or grant Palestinians under its control full rights 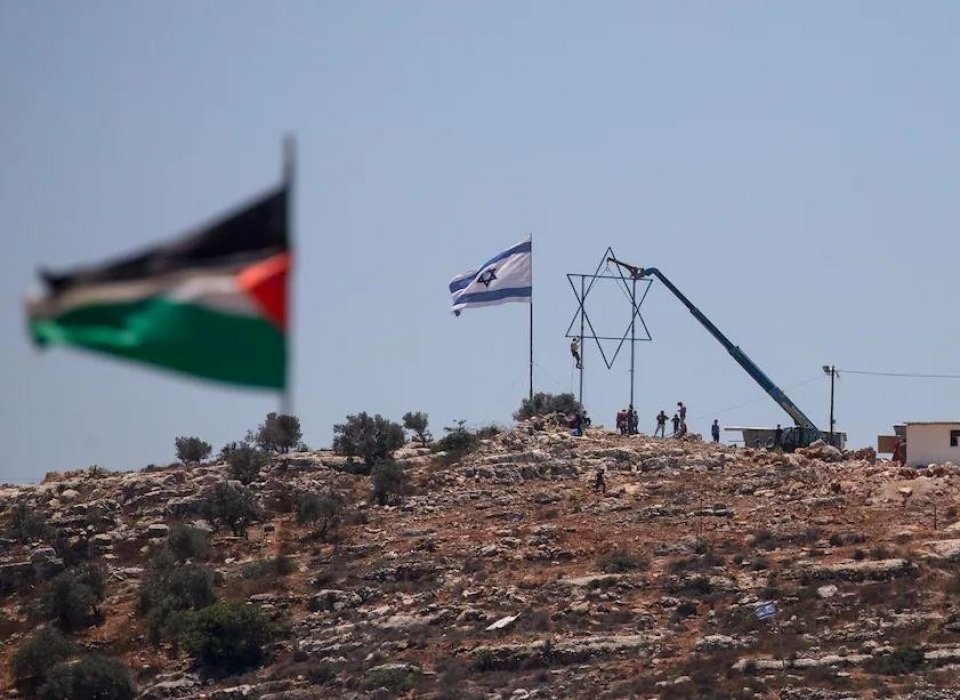 Israeli settlers adjusted a large Star of David last year in an outpost near the Palestinian village of Beita in the West Bank. (Majdi Mohammed/AP)

When Israel’s new president, Isaac Herzog, marked the first night of Hannukah in December by lighting candles in the occupied West Bank city of Hebron, where some 850 Israeli settlers live under military protection among over 200,000 Palestinians, he offered yet another insulting reminder of Israel’s brutal occupation. Herzog talked about the need to denounce “all forms of hatred and violence” in a place where systemic violence against Palestinians is blatant.

The hodgepodge Israeli coalition that ended Benjamin Netanyahu’s tenure has tried to turn the page by practicing respectful diplomacy abroad. As foreign minister, centrist politician Yair Lapid has been trying to repair Israel’s relations with Democrats in the U.S. and with European Union governments, whom Netanyahu treated with disdain, in an effort to bolster Israel’s image as a liberal democracy that plays nice. The approach appeals to many Western officials who, understandably, given their experience with Netanyahu, are holding out hope for change. “We will not immediately declare that everyone who doesn’t agree with us is an antisemite and Israel-hater. This is not how you handle a country’s foreign relations,” Lapid said in July.

But that same month, after Ben & Jerry’s announced that it would no longer be selling its ice cream in settlements in the occupied Palestinian territories, where 670,000 Israelis reside illegally, Lapid called the move “anti-Israel and anti-Jewish.”

Presenting a settlement boycott as a boycott of Israel erases the distinction between Israel’s internationally recognized 1948 borders and the land — and people — it has occupied since 1967. Though the Naftali Bennett-Lapid coalition claims it is the antidote to Netanyahu’s rule, it is continuing the same policies of settlement expansion, demolitions and threats of eviction, state repression of Palestinians and refusal to engage in even the semblance of a political process. The new government has also, if anything, doubled down in conflating Israel and the West Bank.

Israel’s education minister recently upheld her predecessor’s decision to withhold the Israel Prize from math professor Oded Goldreich because he endorses a boycott of Ariel University, located in a large West Bank settlement. “I cannot award the Israel Prize for academic achievements, impressive as they are, [to someone] who calls for boycotting Israel,” she said, accusing him of boycotting “academic institutions in Israel,” even though Ariel is not in Israel.

Deputy Foreign Minister Idan Roll cancelled scheduled meetings with Belgian officials after their government announced it would begin labeling products made in the settlements — not a boycott, just consumer transparency. Roll said the decision to label products “strengthens extremists, does not help promote peace in the region and shows Belgium as not contributing to regional stability.” The Foreign Ministry issued a statement calling the move “anti-Israeli” and said “it is inconsistent with the Israeli government policy focused on improving the lives of Palestinians and strengthening the Palestinian Authority, and with improving Israel’s relations with European countries.”

According to this logic, even under a prime minister who claims to “shrink” the conflict, a defense minister who seeks to strengthen the Palestinian economy and a foreign minister who supports a two-state solution, Israeli policy is keeping the West Bank, legitimizing settlements and keeping Palestinians under military rule while professing to be improving their lives.

This continues the de facto annexation of previous governments — and arguably takes it slightly up a notch by creating the appearance of de jure annexation. It’s not merely continued land expropriation (while evading the legal ramifications) but a posturing that expects the rest of the world to accept occupied territory as if it were Israel. It is part of why Israeli human rights group B’Tselem followed Palestinian counterparts by declaring a year ago that Israel is an apartheid regime.

The normalization of Israeli settlements and erasure of the Green Line is not new. It has been taking place steadily since Israel began sending citizens over the line after the 1967 war. But this new coalition pursues this agenda while presenting itself as somehow friendlier and more palatable, which it gets away with largely due to international inaction.

Because Israel is treating the West Bank as though it is already part of its sovereign territory, perhaps other governments should start acting accordingly. Although, in Israel, politics — and rhetoric — have shifted dramatically away from the peace process, international policy and rhetoric remain stuck. The world needs to force Israel to choose: Either it commits to withdrawing its military and civilian presence from the West Bank to pre-1967 boundaries, or it must grant the right to citizenship, full equality and enfranchisement of all those living under Israeli control, at least until a genuine negotiated solution is back on the table.

Mairav Zonszein is a senior analyst on Israel-Palestine with the International Crisis Group. 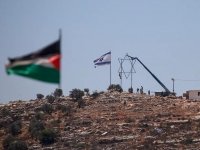