Middle East takes centre stage: What got said at the UN General Assembly

From Syria's civil war to the occupation of Palestine, world leaders sound off on how to bring peace to the region 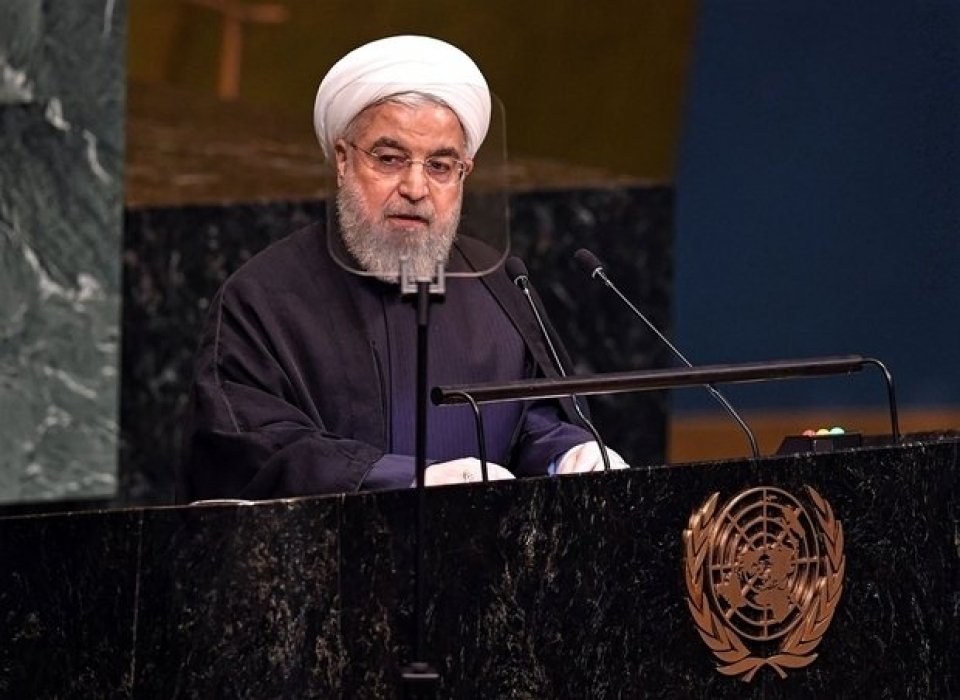 Arab leaders, European heads of state and US President Donald Trump all defended their varying positions on the civil war in Syria, the occupation in Palestine and the increase of tensions between Iran and the US, at the UN General Assembly on Tuesday.

US President Donald Trump proudly claimed to the assembly that "peace was advanced" in the Middle East by naming Jerusalem the capital of Israel.

Having arrived late to the 73rd UN General Assembly, Trump broke with tradition and was the third world leader to speak at this year's session, instead of talking first as host to the United Nations.

His comments over the Jerusalem declaration, widely seen as dangerously counterproductive by the international community, comes as reports emerged that Palestinian President Mahmoud Abbas plans to organise a conference to thwart Trump's peace plan for Israel and Palestine, known as "the deal of the century". 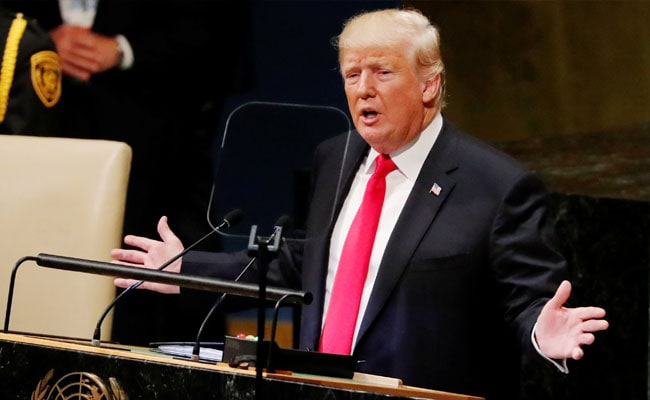 Despite starting late, Trump wasted no time in talking up his administration.

His claim early in his speech that “in less than two years, my administration has accomplished more than almost any administration in the history of our country” drew rumblings from the assembled world leaders, with many of them breaking into open laughter. “I didn’t expect that reaction, but that’s OK,” Trump responded, clearly taken aback.

Trump began by praising Saudi Arabia, Israel and other allies for pursuing reform agendas that will make their "countries great again".

Saudi Arabia is in the midst of a crackdown on human rights activists, detaining dozens as it trumpets an apparent reform agenda. Israel recently passed a contentious "nation-state" law, enshrining Jewish superiority over all other races and religions, in a move widely condemned as legalising apartheid.

In the Middle East, our new approach is yielding great strides and very historic change

He lauded Gulf countries for their efforts in targeting "terror financing" and lumped Saudi Arabia, the UAE and Qatar together, despite the former two having a fractious relationship with the latter, for pledging "billions of dollars to aid the people of Syria and Yemen" and "pursuing multiple avenues to ending Yemen’s horrible, horrific civil war".

Trump urged that the UN peace process on Syria be prioritised again, calling for a "de-escalation of conflict" there. He reiterated Washington's warning that Syrian President Bashar al-Assad's use of chemical weapons will have consequences.

Turkish President Recep Tayyip Erdogan, who spoke right after Trump, used his address to call for the UN Security Council's reform, reiterating his famous motto that the world is "bigger than five" - referring to the veto powers of the five permanent members of the UN's top body.

Erdogan also said that his country would not remain silent over the use of sanctions as weapons while it is in a bitter standoff with the United States over the fate of an American evangelical Christian pastor detained by Ankara.

"None of us can remain silent to the arbitrary cancellation of commercial agreements and the use of economic sanctions as weapons," Erdogan said.

Iranian President Hassan Rouhani on Tuesday criticised Washington for its hostile policy toward his country and said the US approach was doomed to failure.

"Our proposal is clear: commitment for commitment; violation for violation; threat for threat; and step for step, instead of talk for talk ... What Iran says is clear: no war, no sanctions, no threats, no bullying; just acting according to the law and the fulfilment of obligations," Rouhani said in a speech to the United Nations General Assembly.

Rouhani accused Trump of trying to topple his government as he poured cold water on the idea of resuming talks with Washington after its pullout from an international nuclear accord.

He said no nation can be brought to the negotiating table by force, adding that there was no better way than dialogue.

Rouhani also said Iran believed in setting up a collective mechanism for the Persian Gulf with the presence and participation of all regional countries.

Meanwhile, French President Emmanuel Macron on Tuesday responded to Trump's criticism of high oil prices, saying that if his administration had not reimposed sanctions on Tehran, prices would not have risen as much.

"If he goes to the end of his logic, he'll see that it's good for the oil price that Iran can sell it," Macron said. "It's good for peace and global oil prices. Otherwise, there is an impasse in the rationale for which I don't have the answer. It's an economic reality ... supply and demand."

The American president used his address to criticise the "destructive regime" of Iran. Trump claimed Tehran's leaders were "embezzling millions of dollars to line their pockets and fund their proxies" and suggested that the Iranian nuclear deal, which the US pulled out of in May, allowed the Iranian government to raise funds to build nuclear missiles.

Turkey's president Erdogan vowed to defend Jerusalem and said that Ankara would "protect the Muslim world's first Qibla," referring to where Muslims turn to when they pray.

"What can resolve the crisis between Israel and Palestine? Not unilateral initiatives, nor trampling on the legitimate rights of the Palestinian people to legitimate peace. There is no credible alternative to the two-state solution," he said.

Iran's Rouhani said that Palestine is the most important Middle East issue at hand, calling it "the most daunting threat to world peace".

“The innumerable crimes of Israel against the Palestinians would not have been possible without the political and military assistance of the US," he said.

Jordan's King Abdullah said the Israel/Palestine peace should "get back on track".

"The only path to a comprehensive, lasting peace in the region is a two-state solution," he said.

Erdogan said the Syrian civil war requires a political solution, but also lashed out at Washington over diverging interests in Syria, where the US supports Kurdish rebels whom Turkey regards as terrorists.

"Those who equip terrorists with tens of thousands of trucks and thousands of cargo planes loaded with arms for the sake of their tactical interests will most definitely feel sorrow in the future," Erdogan said.

Trump, on the other hand, singled out Jordan for its support of Syrian refugees, in an apparent snub to Turkey, which has hosted the most Syrian refugees since the civil war began.

In a surprising twist, he also said any deal to end the war in Syria should include Iran, which he repeatedly bashed in his speech.

The US president made no mention of Russia's involvement in the civil war. 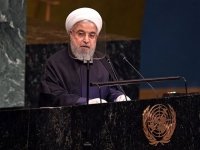