Luis Gutierrez spoke at a rally in his Chicago district on Monday to urge fellow members of Congress to join him in backing an unprecedented bill that aims to end Israel’s violations of Palestinian children’s rights. 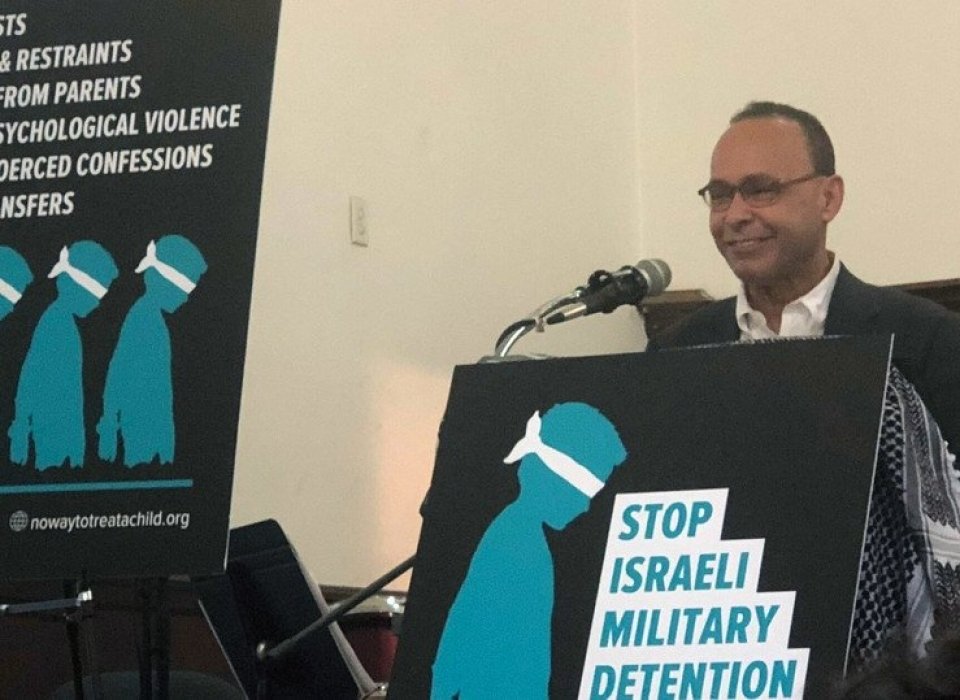 Luis Gutierrez spoke at a rally in his Chicago district on Monday to urge fellow members of Congress to join him in backing an unprecedented bill that aims to end Israel’s violations of Palestinian children’s rights.

The Promoting Human Rights by Ending Military Detention of Palestinian Children Act would bar Israel from using military aid it receives from the US for the imprisonment and abuse of Palestinan children.

Gutierrez said that backing the bill “wasn’t hard … because those are children.”

He said that Palestinian adults cannot be expected to “take our words and our actions seriously” if Americans say nothing “when children are arrested, jailed, interrogated and even tortured.”

“Tax money from the United States is part of the economic reality” that allows these violations, the lawmaker said.

There are currently more than 300 Palestinian children in Israeli military detention. They include Ahed Tamimi, the 17-year-old girl whose military prosecution by Israel for slapping and shoving heavily armed occupation soldiers has become a global focus of solidarity.

The event was organized by the American Friends Service Committee, American Muslims for Palestine and Jewish Voice for Peace to rally community support for the bill – given that three of its cosponsors are from Illinois.

All three organizations support the grassroots No Way to Treat a Child campaign that presses for Israel to be held accountable for its systematic mistreatment of Palestinian children.

“Should be released immediately”

Unusually for a US lawmaker, the Minnesota Democrat has been an outspoken defender of Palestinian children’s rights.

Within a month, the bill attracted 21 cosponsors.

“The bill is very simple. It says that Israel’s abuse system of military detention of Palestinian children violates international law,” McCollum said in a video message to the rally. “It is contrary to American support for human rights and US foreign aid should not be used to support it.”

“Hundreds of Palestinian children are suffering in Israeli military detention right now and they should be released immediately,” she stated.

Danny K. Davis, another Chicago congressman backing the bill, sent his communications director Ira Cohen to represent him at the rally.

When asked about resistance to the bill in Congress, Cohen told The Electronic Intifada, “once you turn your face to the light, you don’t see the shadows.”

Gutierrez asserted during the rally, in a seemingly off-script moment, that “Jerusalem should be the capital of Palestine.”

Afterwards, Gutierrez told The Electronic Intifada that he is going to “continue to fight for a two-state solution,” though he acknowledged that “many people say that’s impossible.”

The intersectional struggles of Mexicans and Palestinians was highlighted at the event. Attendees chanted together, “From Palestine to Mexico, all the walls have got to go.”

Gutierrez, who has represented Chicago’s West Side for almost 25 years, announced last year that he would not run for reelection this November. 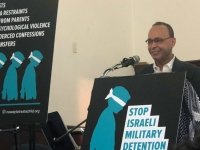