Jerusalem isn't only Jewish, and that's what makes it beautiful

Jerusalem is Jewish and Israeli, but there is an uncomfortable truth Israelis must come to terms with: the city is equally Arab — inherently, inescapably, and wonderfully Arab. 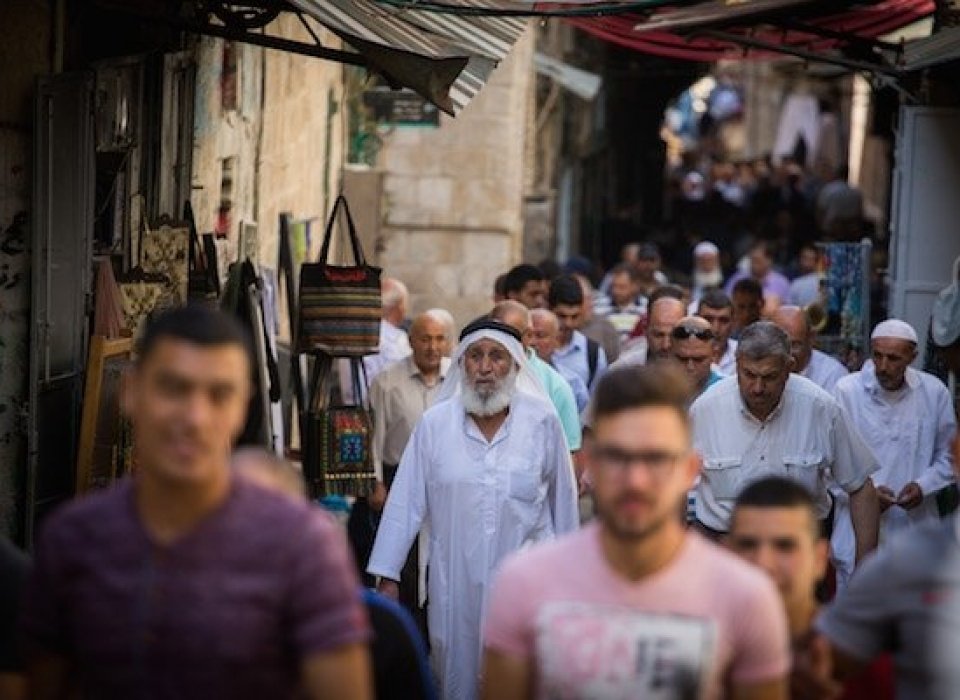 Muslim men seen leaving the Al Aqsa Mosque Compound in Jerusalem’s Old City after their prayers during the muslim holy month of Ramadan at Al Aqsa mosque, in Jerusalem on June 7, 2017. (Hadas Parush/FLASH90)

President Donald Trump has officially recognized Jerusalem as the capital of Israel, leaving out mention of Palestinian ties to the place – implying that the city is Jewish and belongs to the Jews. However, Jerusalem has never been exclusively Jewish. In Judaism’s earliest mythological moments it was gentile; throughout history, multicultural; and today, its most compelling parts are undeniably Arab.

Scripturally, the Land of Israel is not the native land of the Jews, nor did Jerusalem begin as a center of Jewish life or worship. Abraham, the Biblical patriarch, was a foreigner in the land of the “Kenites, the Kenizzites, the Kadmonites, the Hittites, the Perizzites, the Rephaim, the Amorites, the Canaanites, the Girgashites, and the Jebusites.” When he visited Jerusalem in the biblical account, it was ruled by a king named Melchizedek and known by another name.

In the Bible, the 12 spies sent by Moses to survey the Land of Canaan reported back, “the people who dwell in the land are strong, and the cities are fortified and very large…the Amalekites dwell in the land of the Negev. The Hittites, the Jebusites, and the Amorites dwell in the hill country. And the Canaanites dwell by the sea, and along the Jordan.” King David did not build a royal city from scratch but supposedly conquered a city called Jebus, aptly named for its inhabitants, the Jebusites.

By the time the first Zionist settlers arrived to Palestine at the end of the 19th century, Jerusalem had been ruled (not in scripture, but in reality) for thousands of years by Crusaders, Arabs, the Ottoman and British Empires, and was home to generations of native people of various religions and ethnicities.

So, for the majority of Jewish history and hagiography, Jerusalem has not been possessed by Jews but the opposite — far away and either not “built,”or yearned for and dreamt about in countless laments and prayers. Jerusalem is not inherently Israelite, Hebrew or Jewish but perpetually multicultural. It’s status as not-possessed and distant is, apparently, what made it so enthralling to so many.

When I visited Jerusalem for the first time, I too was enthralled. It was 1996, three years after Yitzhak Rabin and Yasser Arafat shook hands on the White House lawn. I used the false excuse of the flu and jumped head first into the alleyways of an intimidating city about which I had no clue, long before Google Maps or TripAdvisor. I did things that are now cliché but were revelatory then: I ate hot-from-the-oven knafe at a restaurant near the Damascus Gate. I haggled with a merchant in the Christian Quarter over the price of a marble egg — a curious object that I had only seen in old movies. I bought a CD of Lebanese jabaliyeh music. I had a moment of awe at the Church of the Holy Sepulchre, a place preserved outside of time, wrapped like a mummy in devotion and candle wax. I found an Arab “guide” who, for a pittance, drove me in a dusty, grumbling old Mercedes Benz, around East Jerusalem, to the Church of the Nativity in Bethlehem, and even took me, a Jew, inside the sanctuary of the Dome of the Rock — something that is almost impossible today.

It’s no coincidence that my encounter with Jerusalem was largely absent of Jewish themes or places in the city’s western, Jewish side. What was true for thousands of years of Jews was also true for me: what is most exciting about Jerusalem is its otherness – its Arab, Muslim, and Christian life, cuisine, architecture and culture.

As uncomfortable as it might be to admit, what makes Jerusalem magical is its otherness, antiquity and sacred landscape – which are mostly not Jewish. The King David Hotel is lovely. The Israel Museum has some nice exhibits. The Knesset isn’t particularly attractive. The downtown area around Zion Square gets rowdy and sleazy at night. The ghettos of the Ultra-Orthodox are unfriendly and off-limits. It is the Arab, Christian, Armenian and Muslim Old City and its churches, mosques, restaurants and shops that are the truly fascinating, mysterious, throbbing heart of Jerusalem.

Israeli border police officers guard near a road block at the entrance to the East Jerusalem neighborhood of Jabel Mukaber on January 09, 2017 (Yonatan Sindel/Flash90)

Israel, since its conquest of East Jerusalem in 1967, has conducted a slow-drip campaign of “Judaization,” establishing heavily guarded settler enclaves in Arab neighborhoods, walling off entire sections of the “united” city with a concrete wall, and neglecting those same neighborhoods in terms of budgets, infrastructure, education and even city services like trash disposal. Arabs of East Jerusalem, regardless of whether their families predate Israeli possession of the city, are not citizens of Israel.

The processes of “Judaization” and historical whitewashing in the city are subtle but profound. One example is the tourist destination known as the burial site of the Prophet Samuel, which is visited by busloads of Jewish tourists. What the tour guides don’t tell visitors is that the site is actually a Palestinian village which, since 1967, has been demolished, de-populated and finally declared a national park, cordoning it off to Palestinians, labeling the historical (Palestinian) homes around the shrine an archaeological site, converting the mosque into a synagogue, and outlawing Palestinian construction in the vicinity. The Israel Nature & Parks Authority website lists the site’s points of interest as: “ruins from the Second Temple times, the remains of a crusader fortress and building, and a battle heritage site from the War of Independence,” glossing over any connection the place has to its indigenous Palestinian population.

The creation of the shiny and spacious Western Wall plaza, enjoyed by millions of Jewish worshippers, was built at the expense of the Arab Mughrabi neighborhood, which was bulldozed by Israeli forces days after the area came under their control in the Six Day War – a shocking event that is either conveniently unknown, ignored or justified by Israelis.

Even one of the Old City’s most popular sites, the Tower of David, is a misnomer: it is a medieval fortress whose iconic appearance in Jerusalem’s contemporary skyline is largely thanks to Ottoman Muslim builders, not King David, or any Jew for that matter.

Jerusalem is Jewish and the capital of Israel. But much more important than whether or not countries of the world recognize it as such, is the uncomfortable truth Israel must come to terms with: Jerusalem might be Jewish and Israeli but it is equally Arab – inherently, inescapably and wonderfully Arab. It is precisely Jerusalem’s multiculturalism that makes the city so alluring, colorful and vibrant.

The Palestinian residents, culture and life of Jerusalem are a fact to be embraced, or at least, accepted; they cannot be expunged or treated as an orientalist fancy, exploited for tourism but disregarded in terms of basic services and civil rights.

Any visitor to Jerusalem understands what the framers of the 1947 Partition Plan and even early Zionist leaders knew and accepted: Jerusalem is a beguiling city on a hill that is beyond lines drawn by men on maps, coveted by many but possessed by none.

David Sarna Galdi is a former editor at Haaretz newspaper. He works for a nonprofit organization in Tel Aviv. 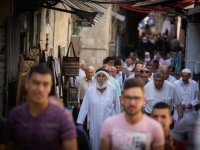