Jerusalem for Dummies: Why the World Doesn’t Recognize It as Israel’s Capital

By David B. Green

And why the possibility that Trump might do just that, seven decades after Israel's establishment, is such a source of apprehension worldwide 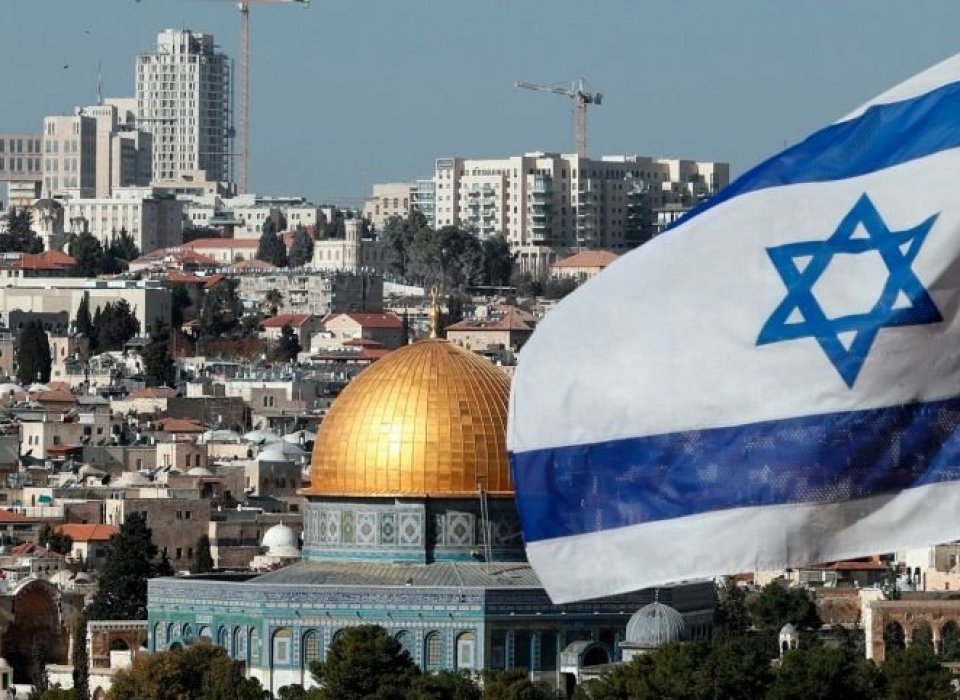 The Israeli flag fluttering in front of the Dome of the Rock mosque and the city of Jerusalem.

Jerusalem is holy to three religions. Jerusalem is a powder keg, and the smallest wrong move there could set off a religious war. The Arab-Israeli conflict will never be solved until the Jerusalem question is resolved.

Yes, these are all truisms, and you’ve heard them a thousand times or more. But there’s a reason why the root of the word “truism” is “true.” For Jews, Jerusalem is where their Temple – the home of their one god – stood, in its various incarnations. Each time they were exiled from their cultic and political capital in ancient times, they dreamed of returning, and the term “Zion,” the name of one of the city’s hills, became a metonymy not only for the city itself, but for the Land of Israel in general, and the basis of the name of the modern movement calling for establishment of a Jewish state there.

So, why don’t the nearly 160 countries that have diplomatic relations with the State of Israel recognize Jerusalem as its capital, and why is the possibility that the United States may do just that now, nearly seven decades after Israel’s establishment, a source of such apprehension worldwide?

The answer has to do with that first truism – the importance of Jerusalem to Christianity and Islam, which between them have more than 3 billion followers worldwide. For Christians, Jesus, their messiah, died in Jerusalem and came back to life there; they can trace his genealogy back to King David, who established the united monarchy in Jerusalem and whose descendants, according to the Hebrew Bible, will include the Messiah.

FILE PHOTO: Israeli soldiers approach the Dome on the Rock June 7,1967 on the Temple Mount in Jerusalem, Israel on the day of its capture from Jordanian forces in the June 1967 Middle East War. Newsmakers / Getty Images / Staf

For Muslims, Jerusalem – specifically “the farthest mosque,” identified with Al-Aqsa Mosque – was the destination of the Prophet Mohammed on his Night Journey, from where he ascended to heaven to speak with God.

For each of these religions, there is a spot in the Old City of Jerusalem that is most sacred, and it is the focus of their strongest, deepest passion and commitment: For Jews, it is the Holy of Holies, whose precise location is no longer known, making the entire Temple Mount holy ground; for Christians, it is Calvary, where Jesus was crucified, which, for a majority of followers, is situated in what is today the Church of the Holy Sepulchre; while for Muslims, Al-Aqsa has come to refer to the entire Haram al-Sharif (the Arabic name for Temple Mount).

The early Zionist leaders, many of whom were secular, were ambivalent about Jerusalem. Theodor Herzl himself envisioned the capital of his Jewish state being on Mount Carmel, in the north. In his 1989 book “Jerusalem: City of Mirrors,” Amos Elon describes how Herzl, and also cultural-Zionist theorist Ahad Ha’am and a young David Ben-Gurion, among others, were all discomfited by the city and Jews’ connection to it; Elon also quotes historian of Zionism Anita Shapira, who, characterized the feelings of the Zionist pioneers toward the city as no better than “reactionary.”

When the United Nations, on November 29, 1947, gave its imprimatur to a plan to divide Palestine into two states, one Arab, one Jewish, it famously left Jerusalem (which at the time had a large Jewish majority) out of the equation, intending it and its surroundings (including Bethlehem) to become an internationally administered, separate territory – a corpus separatum. The Jews accepted the plan, and Ben-Gurion noted that the loss of Jerusalem as part of sovereign Israel was the “price we have to pay” for a state in the rest of the land.

When the Arabs rejected the Partition Plan, and launched a war on Israel, the latter no longer considered itself bound by the boundaries set by the UN plan. During its War of Independence, Israel improved its strategic position in most parts of the country, and in Jerusalem, when the cease-fire lines were drawn, Israel occupied the western part of the city and the Jordanians the city’s east, including the Old City, where the Western Wall and Temple Mount are situated. Israel had fought for Jerusalem, and now it was not about to give it up.

Officially, the UN stuck with its internationalization plan after the war, but both Israel and Jordan preferred to leave the city divided. A no-man’s land ran through the center of the city, and a barrier, and passage from one side to the other was severely limited. If the city had been under international control, everyone would have had access to all of its parts, including the holy sites.

Although attempts were made by Jordan and Israel to come to an agreement on Jerusalem, both sides also took unilateral steps that made it unlikely that agreement would be reached. Israel annexed West Jerusalem to its territory on December 5, 1948, and declared the city its capital a week later. Jordan followed by annexing East Jerusalem on December 13, and it also named Jerusalem as a second capital, although it remained a very neglected second capital up until the Six-Day War.

Under the situation prevailing during the 19 years between statehood and the 1967 war, an uncomfortable status quo prevailed in Jerusalem. So long as that situation persisted, and Israel remained in a state of war with the Arab world, no agreement was going to be reached about Jerusalem. And so long as the two sides to the conflict could not decide on the city’s future, the United Nations was neither going to take sides nor attempt to impose a solution on them. Hence, the question of Jerusalem remained open, and officially, the city was not recognized as part of either Israeli or Jordanian territory. This was not to say that foreign diplomats would not come to Jerusalem to meet Israeli officials, but just that recognizing it as Israel’s capital, or setting up an embassy there, was tantamount to prejudicing any future political settlement.

The UN vote on the partition of Palestine, 1947. GPO

Then came the Six-Day War, when Israel took possession of Jordanian Jerusalem, and expanded the city’s boundaries in the north, east and south to take in a number of Arab neighborhoods that had not historically been part of metropolitan Jerusalem. Over the years, Israel has moved all of its government offices to the city, placing many in the eastern section, it has carried out extensive residential construction along lines intended to make its hold on all of the city difficult to reverse, and it has adopted a number of political policies that almost guarantee that even a left-wing government would not be able to cede any of Jerusalem to a Palestinian state.

In recent decades, everyone’s position has hardened. Clearly, the world community could not give a hand to Israel’s unilateral steps in East Jerusalem, nor its so-called facts on the ground, in the form of tens of thousands of apartments in new, Jewish neighborhoods in the east. And the Palestinians appear not to be ready to compromise on the condition that the capital of any future state be situated in East Jerusalem.

Although Israelis and Palestinians have been negotiating off and on, and more and less seriously, for more than 25 years, talks on Jerusalem have never gotten very far. And so long as the sides cannot decide on a mutually agreeable plan for sharing sovereignty in Jerusalem, or on any other arrangement there, nor has the world community concluded that it must impose a solution on the sides – it would be highly improbable for any individual state to unilaterally give official recognition to Jerusalem as its capital.

Any individual state, that is, not led by Donald J. Trump.