Jeroboam, Abishalom, Trump and Their Advisors

Donald Trump has limited his advisors to those who've been indoctrinated only to hear one side of the story regarding Israel. I feel that he's become something like the ancient Israelite king, Jeroboam. 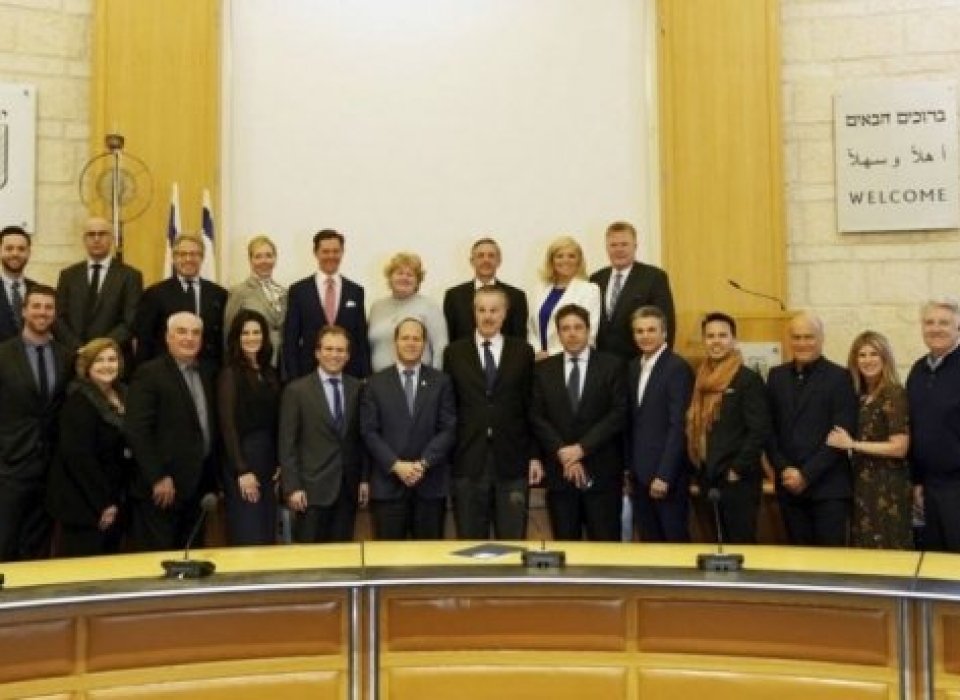 Evangelical leaders from the United States pose for a picture with Jerusalem Mayor Nir Barkat after their meeting in Jerusalem, Israel on Feb. 18, 2018.

Donald Trump announced recently that he will be moving the U.S. Embassy to Jerusalem in May, much earlier than originally anticipated. I suspect that he was under a good deal of pressure to make this move as soon as possible. The proposed date coincides with the 70th anniversary of the Israeli Independence Day and the Palestinian Nakba.

It's a protocol across the world for leaders to have advisors and counselors around them, some of whom prove to be wise--and others whose advice history will judge as ill-advised. By now, most people know my views concerning the infamous Trump decision to recognize Jerusalem as the Capital of Israel and moving the American embassy there. This decision has caused much frustration and dismay in the Palestinian community–particularly because it was primarily a powerful group of American Evangelicals who led him to do so. And I believe that history will judge their advice to be as ill-informed as some of the ancient biblical advisors were to Israel's kings.

Yes, many of us Middle Eastern Christians are frustrated with many of our fellow believers in the United States. As an Evangelical minister, I am jealous for my church, my tribe and my own people. I want our image to be clear and compelling and relevant— not only to my own people, the Palestinians, but also to every other nation on this earth. After all, the image we project is how our neighbors will understand Jesus Christ. How can we call ourselves Evangelicals if promoting the Gospel of Jesus is not our first agenda? How can we be true Evangelicals if our motivation is more towards the manipulation of international politics rather than the kingdom of Jesus Christ and His centrality?

So, who are these Evangelical advisors? What is their agenda? It is a fact that Israel is keen to build relationships with American Christians. Many of these leaders are supported through free trips with stays in 5-stars hotels; meetings with high officials, mayors or even Netanyahu himself; establishing a special caucus at the Knesset; special helicopter tours over the country and other forms of "royal treatment" all designed to massage their emotions concerning Israel. Our American brothers and sisters are repeatedly reminded of Israel's apparent fragility and need of American political and military support. None of these things are unusual for Israel's ongoing "hasbara" campaign which exists to whitewash its human rights abuses and ongoing violation of international law in the occupied Palestinian territories.

Border Police officers standing on the Mount of Olives facing the Temple Mount during an action in East Jerusalem, Israel, September 05, 2017.

Of course, none of these VIP trips for American evangelicals include passage through a military checkpoint or a drive around the apartheid wall that imprisons my fellow Palestinians, including Palestinian Christians. They do not include hearing from Palestinian officials or the many local and international organizations that document the various abuses and violence against civilians in the West Bank. (Ok, maybe that's asking too much)! Neither do these trips offer an opportunity to hear from Israelis who offer another narrative. There are many dissenting Jewish scholars, journalists and Israeli Knesset members who have much to say on these matters— people like Ilan Pappe, Amira Hass, Gideon Levy, Zehava Galon and other Israelis such as Arab-Israeli Knesset member, Ayman Odeh. Our American friends could have gained a more intellectually and factually honest perspective by listening to such voices.

But because Trump has limited his advisors to those who've been indoctrinated into one side of this story, I feel that he's become something like the ancient Israelite king, Jeroboam. I wish he would have been wiser; that he'd been more sensitive to the reality for all the people who live in this land. In short, I believe he is listening to the wrong people and that many will suffer (and are suffering) because of it.

It is always costly to speak the truth about these issues. After my recent articles concerning our disagreement with Trump's decision, I've received some nasty attacks from those who've tried to justify Trump's position. I knew that I would face such backlash when I decided to publicly comment on this subject. But sadly, most of my attacks are not even from people whom I feel are worthy of a response. They are mostly from people who are financially supported by the "hasbara" campaign; mercenaries who've been recruited to attack anything that brings to light the abuses of the occupation against my people.

Their methods are predictable. They use buzzwords to flare the emotions and fears of their readers; words like anti-Semitic and anti-Jewish and anti-Israeli. As a Semitic people, the Palestinians have to laugh a little at that particular insult. I would remind those who throw around those terms that anti-Semitism has historically been a Western issue rather than something that is rooted in these Semitic lands. And if they call us anti-Israel, our defense is this: Can we not love the Israelis while disapproving of their treatment of the West Bank, Gaza and East Jerusalem? Or is the only way to show love by unconditional approval of every evil that a nation commits? I cannot find such a version of love anywhere in my Bible.

Another brother wrote an article justifying Evangelical support of Israel by pointing out that it has helped Israelis appreciate them and to forget when Christians persecuted Jews. To this, I must first point out that it was not Evangelicals who persecuted the Jewish people in Europe. Secondly, if Evangelicals truly loved our dear Jewish brothers, they would have invested more towards reaching them with the gospel and supporting ministries among the Jewish people. They would have preached the true Gospel that no man shall be saved without Christ, rather than justifying or ignoring the injustice and cruelty of an occupation that feeds hatred towards another people – the Palestinians.

Sadly, if more of the Jewish people knew why these Trump advisors supported such a decision and continue to support initiatives that bring the Jews to Israel, they would rightly reject their "help." Their support of Israel is mostly to promote their eschatology concerning the coming of Christ. In their idea, Jerusalem must be under Jewish control so that that a third temple can be built, so that the antichrist can come and establish his false kingdom here. This will lead to the nations rising against Jerusalem and two-thirds of the Jews being killed, with only one third of them being saved in the end, as they will "they will look on me, the One they have pierced" (Zach 12:10).

Such an agenda is a lose-lose situation. In addition to the loss assigned to the Jews (and Arabs) in such a scenario, I'm also worried about our witness to both of them. It is madness and anti-gospel to hold a theology that dismisses their need for salvation now and leaves it until after another holocaust.

I wish that Trump's advisors had checked facts on the grounds here in the Holy Land. But they didn't. They didn't talk to local Evangelical leaders, other than those who hold the same eschatological viewpoint. I can only conclude with a prayer that the Lord will forgive these advisors and ask as David did, "O Lord, I pray You, turn Ahithophel's counsel into foolishness" (2 Samuel 15:31). 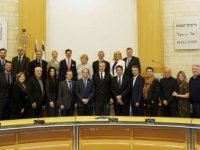